The offender called Pakistan skipper Sarfaraz Ahmed fat, and later apologised via a video on Twitter. Next up, the Green Army face South Africa in a must-win fixture, at Lord's, on June 23, in the ongoing Cricket World Cup. 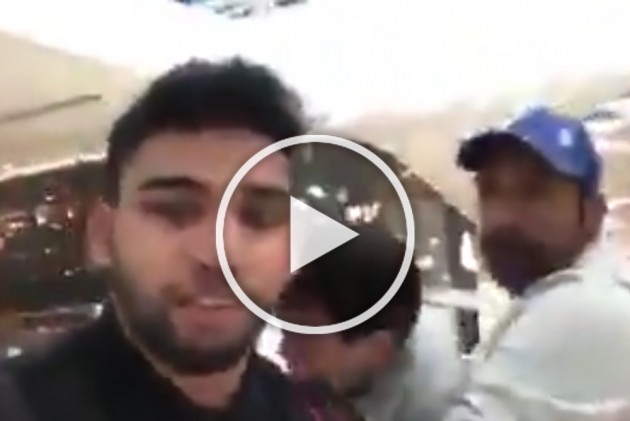 After losing to India in the ongoing Cricket World Cup, Pakistan have been on the receiving end of criticism. Lately, the spillage of words have gone way out of hand, with the latest being a fan body shaming skipper Sarfaraz Ahmed in a UK mall. Finally, after facing plenty of criticism, the offender apologised via Twitter.

Allowing the man in question to click a photo with him, the wicket-keeper fell victim to some bad words.

The offender told, "Why are you as fat as a pig? You have made Pakistan proud."

No manners. No respect. Absolutely disgraceful behaviour. Yes the performances have not been good but the players don't deserve such abuse #CWC19 pic.twitter.com/o8rMNTVGXI

The video which was posted on Twitter went viral, and the offender faced plenty of criticism.

Filled with obvious guilt of abusing a Pakistani sporting icon, the offender apologised to Sarfaraz via a Twitter video.

He stated that his words were incorrect, and he apologised to everyone. He also mentioned that he had never uploaded the video, and never expected it to get viral too.

The man who abused sarfraz today makes an apology in his new video. Saying sorry to @SarfarazA_54 nd whole nation.ðÂÂÂÂÂÂðÂÂÂÂÂÂ
says that he neither new that the kid was his son nor sarfraz is hafiz e Quran