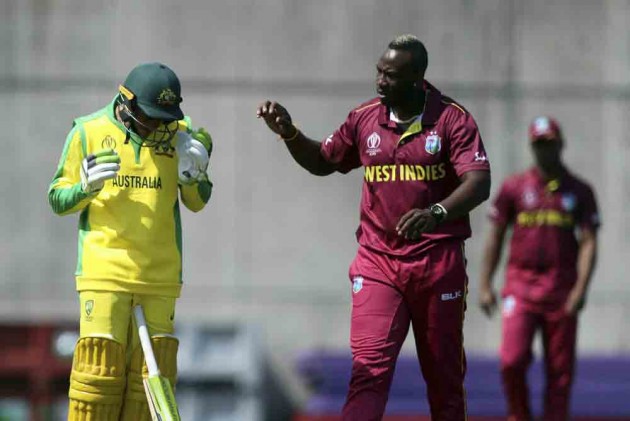 The advent of some fearsome power-hitters, led by a burly Andre Russell, has suddenly made the once intimidating but now struggling West Indies emerge as a serious threat to the Cricket World Cup's top contenders.

'Universe boss' Chris Gayle was not at his brutal best at the recent Indian Premier League (IPL) but Russell's butchering of the bowlers has forced the teams to take note of what could await them at the biggest International Cricket Council (ICC) tournament.

Proven performers such as Carlos Brathwaite and Darren Bravo are already there and add to that the rise of young Shimron Hetmeyer, who boasts 100-plus strike-rate in both ODIs and T20s, and opener Shai Hope, the Caribbean side definitely looks potent enough to spring a surprise.

Since every team has to play all competitors, there is no escape.

The bickering between the West Indies Cricket Board (WICB) and the players have had a devastating impact on West Indies' progress as an international team in both Tests and ODIs in the last few years.

The result was that players such as Gayle, Kieron Pollard and Dwayne Bravo were not in thick of the action when the side was locked in battles across the globe.

The side lost confidence, and most importantly, its identity as a force to reckon with.

But now that Gayle and Co are there in their line-up, and Bravo and Pollard too named as reserves, this World Cup could revive West Indies' fortunes.

The small grounds in England coupled with flat pitches during the English summer could serve as the ideal platform for the West Indies batsmen to unleash their power game.

It's time that the tall and strong West Indies batsmen, possessing enviable power, cash in on the opportunity and pull the trigger for their resurrection. The kind of talent they have does not justify their low eighth rank in the ICC table.

Bangladesh are placed above them and only Sri Lanka and new-entrants Afghanistan are behind the superpower of the 1970s and 80s.

And it had all started here in England. The first three World Cups, starting 1975, were held here and the West Indies made all three finals, establishing themselves as undisputed kings of cricket.

But for that to happen, the challenge for the Caribbean batsmen is to ensure that they fire in unison and pull off those performances on a consistent basis. One or two innings won't do.

Much would depend on the kind of start they get from Gayle. The Jamaican has been smart of late, putting a price on his wicket. He will be crucial to the West Indies' plans. If he fails, Russell, Darren Bravo and Hetmyer have to ensure that the middle-order makes up for it.

Nothing could be better if he clicks. The longer he stays at the crease, the better it is for them.

Jason Holder and Kemar Roach hold the key while challenging the best batsmen. Rusell's medium pace will also be handy if there are overcast conditions. Left-arm pacer Sheldon Cottrell is yet to leave an impressionable mark in international cricket.

Yet, they would largely bank on their pacers since Ashley Nurse is the only experienced spinner in their ranks. Left-arm spinner Fabian Allen has played only seven matches, taking just one wicket so far.

While the lack of quality spinners is a handicap, in batting, they definitely have the arsenal, but will they fire in unison?

Well, only time will tell.