There was intense speculation that Rishabh Pant will be included in the squad as a backup for MS Dhoni, but Indian selectors went for the experience and selected Dinesh Karthik in the Cricket World Cup 2019 squad. 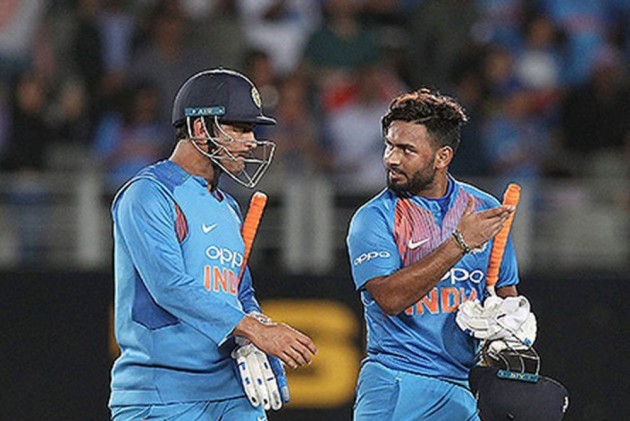 Rishabh Pant, the heir apparent to legendary MS Dhoni, failed to make the Cricket World Cup 2019 cut as the MSK Prasad-led Indian selectors snubbed the young wicketkeeper in favour of the experienced Dinesh Karthik on Monday.

Indian selectors announced a 15-member squad for the upcoming World Cup in England and Wales. As expected the usual suspects made the cut. But there was intense speculation that Pant will be included in the squad as a backup for Dhoni.

The 33-year-old Karthik got the nod ahead of the 21-year-old Pant despite an indifferent IPL campaign with the Kolkata Knight Riders.

"The second wicketkeeper comes into play only if Mahi (Mahendra Singh Dhoni) is injured. We went ahead with Karthik because of his experience in big matches,.

"Wicketkeeping also matters. That is the reason why we went with Dinesh Karthik otherwise Rishabh Pant was also there," Prasad said.

Pant, also a left-handed explosive batsman, have risen rapidly through the ranks, making Test debut last year. Many considered him to be the X-factor India need in a big tournament like the World Cup.