Vijay Shankar's selection in the 15-member squad put to rest the contentious debate on who will bat at number four for India in the Cricket World Cup 2019 this summer. 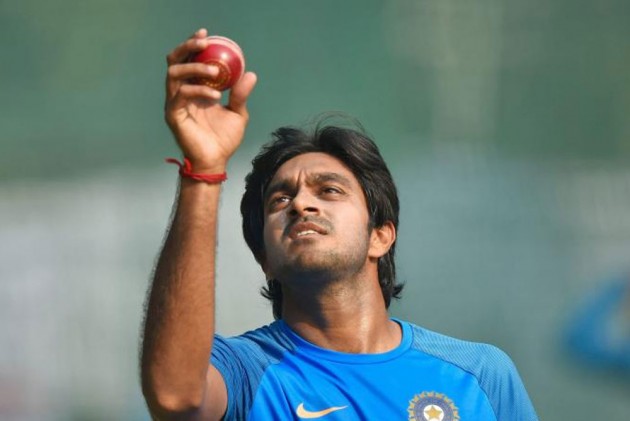 Indian selectors bestowed faith on Vijay Shankar by picking the Tamil Nadu all-rounder for the upcoming 2019 Cricket World Cup in England and Wales on Monday.

Shankar's selection in the 15-member squad put to rest the contentious debate on who will bat at number four for India in the World Cup this summer. The 28-year-old pipped Ambati Rayudu, who was touted to be the answer to the nagging problem.

India's number four conundrum had become so expansive that since Virat Kohli's ODI captaincy takeover in January 2017, they have tried at least 11 different players in the position.

"After the Champions Trophy, we have tried quite a few middle-order batsmen, which also included Karthik, Shreyas Iyer, Manish Pandey. We did give a few more chances to Rayudu but Vijay Shankar gives three dimensions. He can bat, if the conditions are overcast he can bowl, plus he is a fielder. We are looking at Vijay Shankar as a No. 4. Now we have plenty of options for that slot," he said.

Until now, he's been used as a lower-order batsman in ODIs, often needing to score quick runs. But he's shown traits of a top-order batsman, who can grind attacks, in the domestic circuit.

Besides his multi-dimensional game -- bat, bowl and field, Shankar is also known for his temperament, a quality which is in demand these days.

He has so far played nine 9 ODIs for India, scoring 165 runs and has taken two wickets.