Chelsea battled back to claim a 3-1 win over Leeds United that takes them top of the Premier League. 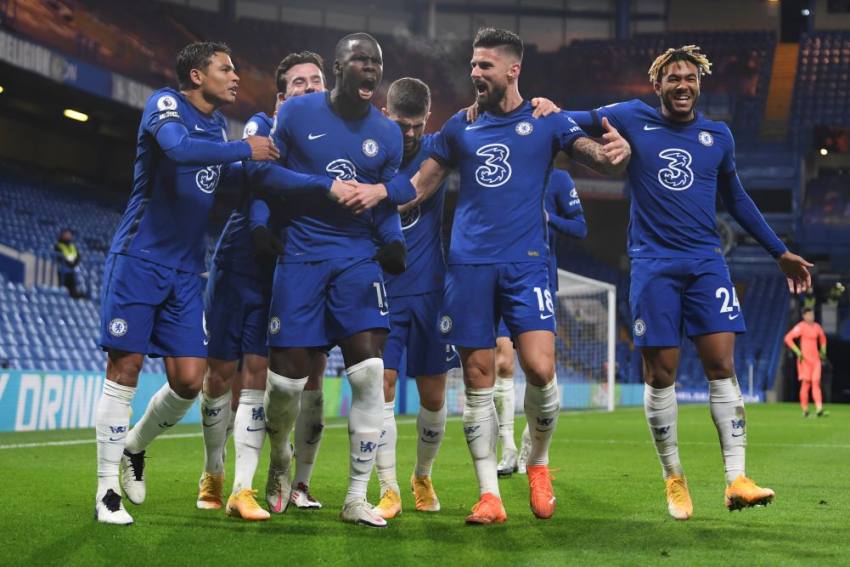 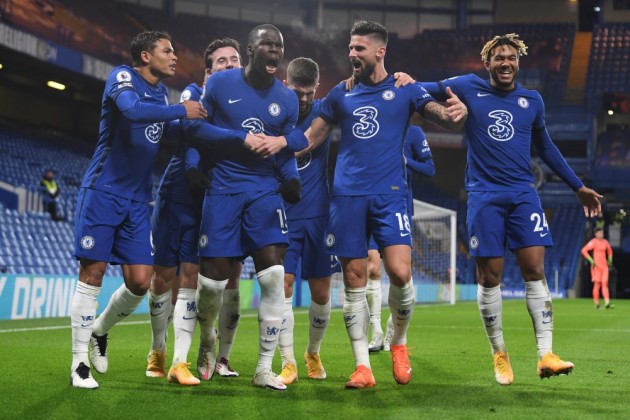 Olivier Giroud's hot goalscoring form continued as Chelsea came from behind to claim a 3-1 win over Leeds United in the Premier League on Saturday, sending the Blues top. (More Football News)

Former Chelsea player Patrick Bamford put Leeds ahead with their first shot of the game as Chelsea were punished on the counterattack.

Giroud, who scored all four of Chelsea's goals in a Champions League win over Sevilla during the week, equalised just before the half-hour with an instinctive close-range finish.

Chelsea went ahead when Kurt Zouma headed in from a corner and the hosts finished Leeds off in stoppage time thanks to Christian Pulisic.

34 - At 34 years and 66 days, Olivier Giroud is also the oldest player to ever score in six consecutive Premier League starts. Maturity. #CHELEE https://t.co/JatIBJvHMq

Leeds went ahead in the fourth minute when Bamford got on the end of a superb pass from Kalvin Phillips and nipped past Edouard Mendy before guiding the ball into the vacant net.

It helped Bamford, who left Stamford Bridge in 2017 without making a first-team appearance, take his tally of Premier League away goals to seven – the joint-best alongside Tottenham's Son Heung-min and Leicester's Jamie Vardy.

Timo Werner should have done better when the ball dropped to him from a corner but he could only scuff a close-range finish and then somehow struck the crossbar when it seemed easier to score.

Chelsea got themselves back on level terms when a low cross from Reece James was met by Giroud, who directed the ball past Leeds goalkeeper Illan Meslier at his near post.

Frank Lampard was forced to make a change when Hakim Ziyech left the field clutching his hamstring and was replaced by Pulisic.

The intensity of the first half continued after the break, with a last-ditch block denying Raphinha for Leeds before Werner saw two efforts saved by Meslier.

Zouma climbed highest to meet a Mason Mount corner just after the hour and powerfully headed the ball past Meslier to put the home side ahead.

The Chelsea defender has four goals in 10 Premier League games this season, as many as he managed in his first 141 games in the competition

Pulisic put the gloss on the result in the third minute of added time when he tapped home from Werner's cross as Leeds were caught on the break.

What does it mean? Lampard gets one over on Bielsa

This was Lampard's first meeting with Marcelo Bielsa since the 2018-19 Championship season when he was in charge of Derby county, and a row between the two erupted over the 'spygate' affair.

Bielsa has won three of their five meetings but Lampard narrowed the gap with his second victory over his Leeds counterpart here.

Arguably of greater satisfaction for Lampard will the fact this victory sent Chelsea top of the Premier League table, although Tottenham and Liverpool will both climb back above them with victories on Sunday.

For all of the hype around the attacking talents of Kai Havertz and Werner, it is the most experienced member of Chelsea's forward line who has impressed the most recent recently.

Giroud now has 13 goals in his last 13 starts in all competitions for Chelsea and became the first Chelsea player to score in six consecutive Premier League starts since Jimmy Floyd Hasselbaink in October 2001.

Leeds were dealt a blow early on when defender Robin Koch limped out of the action clutching his knee and was replaced by Diego Llorente.

Bielsa's side lost their composure at the back, especially whenever Llorente was on the ball as he gave possession away 19 times - more than any other Leeds player.

Chelsea host Russian side Krasnodar in their final Champions League group fixture on Tuesday, while Leeds welcome West Ham to Elland Road in the Premier League on Friday.