Showing off his all-around abilities, Rashid Khan hit 40 off 18 balls with the help of four fours and three sixes, including two outlandish shots during a Big Bash League (BBL) match 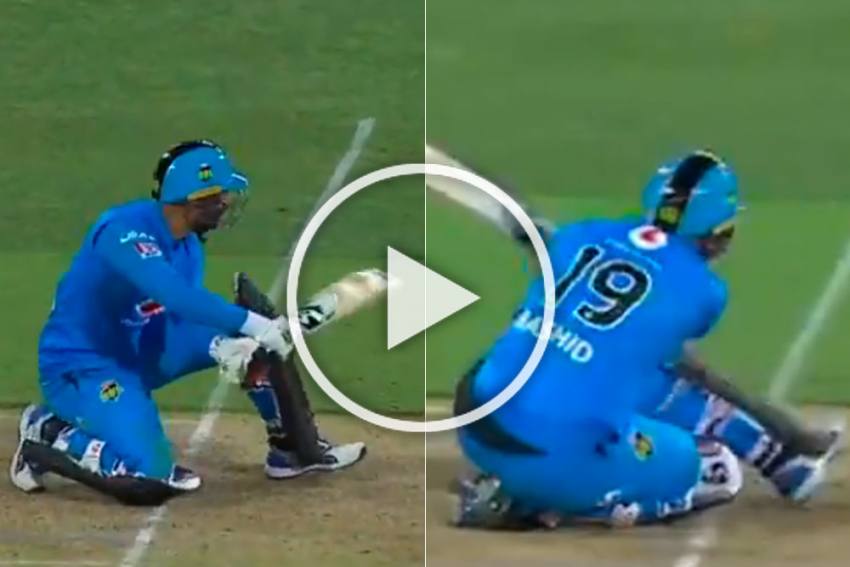 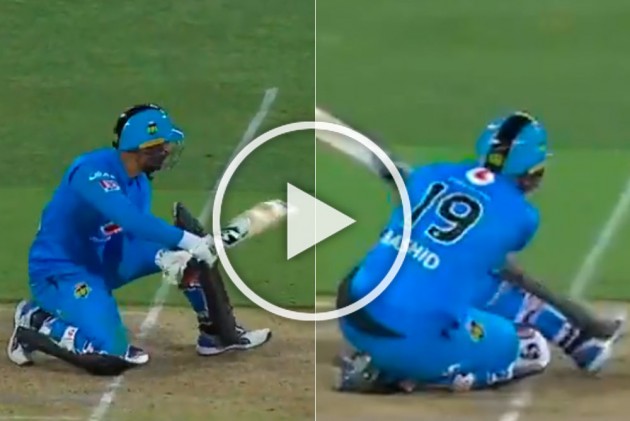 Afghanistan sensation Rashid Khan could not finish 2019 on a high as he was taken to the cleaners in the ongoing edition of the Big Bash League (BBL) where he plays for Adelaide Strikers. But the top-ranked T20I bowler made sure that entertain fans with batting skills. (More Cricket news)

Showing off his all-around abilities, Khan hit 40 off 18 balls with the help of four fours and three sixes, including two outlandish shots -- first, a sit and six, literally and a wiping four -- both with ridiculous ease.

Watch both the shots here:

Earlier, the celebrated leg-spinner conceded 44 runs in four overs, the most he has leaked in the BBL.

Sydney Thunder won the toss and elected to bat first. Skipper Callum Ferguson top-scored with a 46-ball 73. Rashid got Ferguson's wicket but it was scant consolation as the batter tonked him to all areas of the park along with Usman Khawaja who scored 63.

Rashid had flaunted a new bat design. While playing against defending champions Melbourne Renegades, Rashid was seen holding a bat that had depression on its back, giving it the look of a camel's back.

Cricket Australia tweeted a picture of the bat and nicknamed it "The Camel."