Mushfiqur Rahim has been a constant behind the wickets for Bangladesh and has played 67 Tests, taking 103 catches and inflicting 31 stumpings 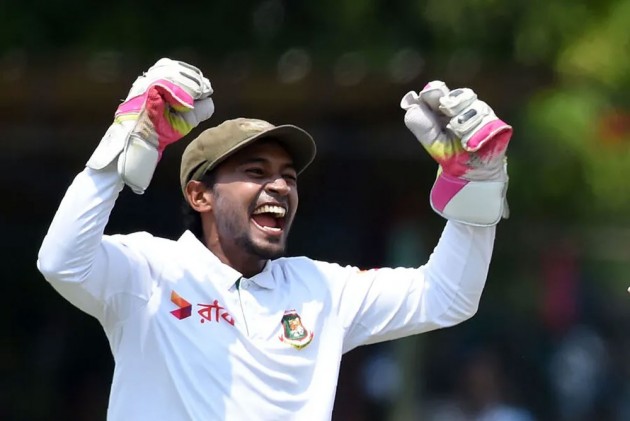 Bangladesh wicket-keeper batsman Mushfiqur Rahim has said that he is "not interested in wicket-keeping anymore" as he is getting a bit "overloaded". (More Cricket News)

"I am not interested in keeping wickets in Test. Lots of games are coming up and I play in all formats. Apart from international cricket, I play in DPL (Dhaka Premier League) and BPL (Bangladesh Premier League). Considering everything, I think I'm getting overloaded," International Cricket Council (ICC) quoted Rahim as saying.

Rahim has played 67 Tests in his career so far and while doing the wicket-keeping duties, he has managed to take 103 catches and inflict 31 stumpings.

"I want to perform for a long time and because I am playing across formats I needed to think. I did not have any severe injury during the last five years but at the same time, I did not take a substantial amount of rest. In the future, such scenarios should not arise that I end up taking rest in one or two series," Rahim said.

"So instead of missing series for taking rest, the only thing that I can do is minimise my workload and that is only possible by not keeping in Test and that's why I have taken this decision," he added.

Rahim has scored 3,515 runs at an average of 37. However, he feels that he cannot give his best with the bat if he continues to keep wickets.

"It is not that I cannot do well while I'm also keeping wickets. I scored my two double centuries while keeping wickets and it is the same with all my Test centuries. Probably as a keeper by batting record is better and I still feel that when I am keeping I get a better idea about my batting because I can see everything from behind and it helps," Rahim said.

"But I have crossed 30 long time back. I need to play at my best and have to maintain my excellence. I just don't want to be part of the playing XI. Wherever I play I want to give my best. The performance can be different at several junctures but I want to be prepared in the best possible way. Considering everything, I felt that if I can sacrifice the gloves I can give my best for a long time," he added.

Bangladesh will next take on India in three T20Is and two Tests.

The first T20I will be played on November 3 at the Arun Jaitley Stadium in Delhi.