Novak Djokovic and Roger Federer will meet in the last four in Melbourne after the defending champion beat Milos Raonic. 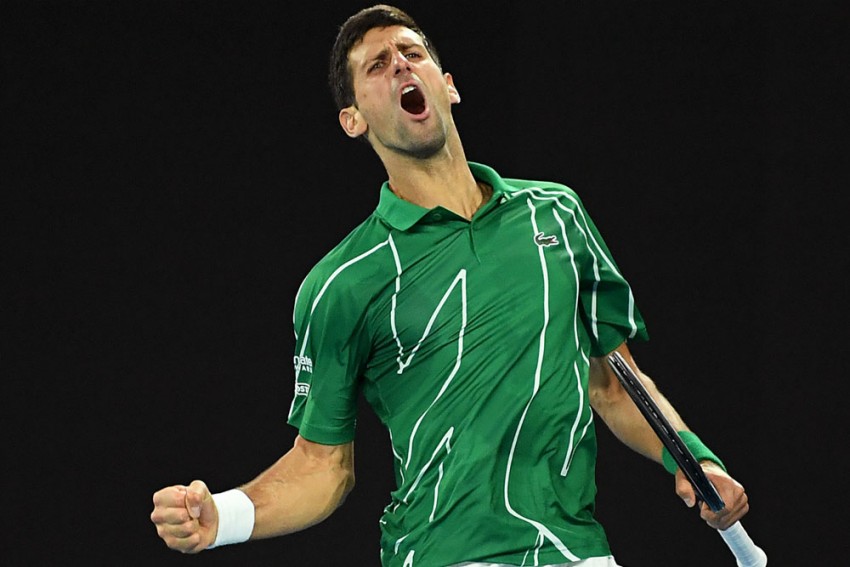 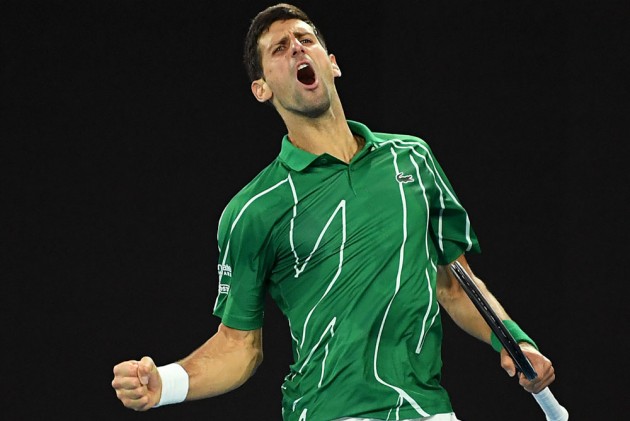 Novak Djokovic will face Roger Federer in the Australian Open semi-finals after the defending champion eased past Milos Raonic in the last eight.

The match was delayed after Federer's clash with Tennys Sandgren went to five enthralling sets, the Swiss great saving seven match points before winning despite being troubled by a groin injury.

Djokovic's progress was far more serene, the world number two dispatching Raonic 6-4 6-3 7-6 (7-1) in two hours and 49 minutes on Rod Laver Arena, even though an issue with his eyesight proved problematic in the closing stages.

Raonic had lost all nine of the previous meetings with Djokovic but, having beaten Stefanos Tsitsipas and Marin Cilic en route to the quarter-finals without the loss of a set, the Canadian had reason to feel a little more confident.

Raonic fired down 35 aces against Cilic but Djokovic appeared almost telepathic in his reading of the serve, the world number 35 battling to save five break points to push the Serbian to 5-4 in the first.

Djokovic at last found the breakthrough with his fourth set point in the next game, celebrating with gusto when Raonic sent a forehand wide.

The seven-time champion was looking at ease on court, having made just two unforced errors in the opening 10 games, and he was 4-1 ahead in the second in what seemed no time at all after a brilliant backhand passing shot set him up for another break.

After being upset when some supporters cheered a missed first serve, leading to a double fault, Djokovic responded with a point to his box as he closed out the set for a 2-0 lead.

Raonic regained some of the metronomic rhythm he showed in the earlier rounds but could not put enough pressure on the Djokovic serve, a simple backhand slapped into the net at 3-2 and 30-40 in the third gifting his opponent a way out of possible trouble.

Two stunning defensive shots and a forehand down the line from Djokovic left Raonic looking ashen-faced at the net, and the Serbian bounced his racquet off the court in frustration after failing to break for a 4-3 lead.

Raonic held to love to lead 5-4 after Djokovic took a timeout for a contact lens issue, and he seemed still to be troubled by his vision as he consulted the trainer at the change of ends.

Raonic found four more big serves to stave off break points and a stylish volley made it 6-5, Djokovic's problems persisting despite applying eye drops after the previous game.

Having held serve comfortably to force the tie-break, Djokovic moved 3-0 ahead after Raonic netted a routine forehand, and a similar miss handed Djokovic the win on his first of five match points.