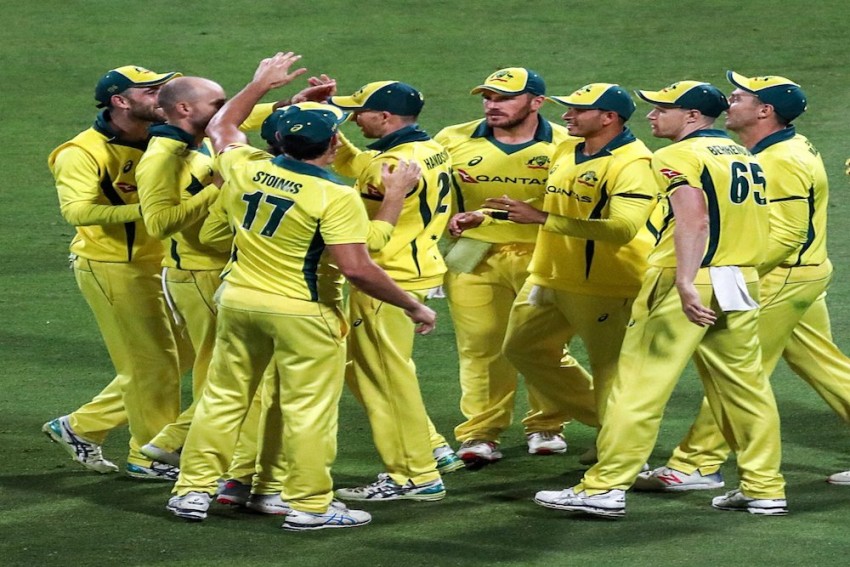 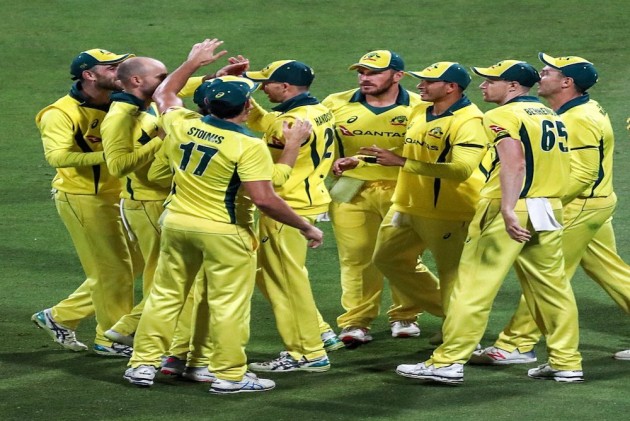 Australian Cricket team have seemed to have found their lost touch again and are peaking at the right moment for the ICC Cricket World Cup 2019. After a horrid 15 months, where they managed just 3 wins out of the 18 ODI games, the Aussies have hit top gear at the right moment. Cometh the World cup, returns the form of the Defending World Cup Champions.

Australia went on to sweep the 5-match ODI series against Pakistan in Dubai. With the likes of Skipper Aaron Finch, Shaun Marsh, Peter Handscomb, Glenn Maxwell, Usman Khawaja amongst runs lately, the Australian camp looks rejuvenated.  With their 20-run victory on Sunday, Aussies completed a whitewash against a formidable Pakistan team. Finch amassed 451 runs in five matches in United Arab Emirates (UAE), which also earned him the Player of the Series award.

While his opening partner Usman Khawaja played the anchor role during their 3-2 series triumph in India. The left-handed opener was the player of the tournament as he scored 383 runs in 5 matches. The Finch-led side has made a tremendous comeback since the Third ODI of the bilateral ODI series in India and stunned Kohli and co.

Staring at back-to-back series defeats, Australia were trailing 2-0 in the five-match ODI series. The men in yellow turned things around in a dramatic fashion to win the remaining matches for a 3-2 series victory.

The defending World Cup champions’ performance slumped after the suspension of former captain Steve Smith and David Warner, who were found guilty of ball tampering in a Test match against South Africa. Finch, leading an inexperienced side, struggled to impose his presence even as Cricket Australia continued to look for answers after their controversy.

But their persistence with the makeshift captain and a group of budding youngsters seems to have paid rich dividends with series victories against two of the strongest World Cup contenders at their own backyards.

But the imminent return of Smith and Warner will bolster the Aussie camp. With their suspension coming to an end, now it becomes a matter of good headache for Australian selectors and head coach Justin Langer.

With individuals like Stoinis, Nathan Coulter-Nile, Ashton Turner, Pat Cummins etc. putting up promising performances and the return of the experienced duo, it is to be seen what final say will the selectors have.

David Warner is also in imperious touch in the ongoing Indian Premier League. Opening the innings for SunRisers Hyderabad, southpaw Warner is currently the Orange Cap holder and has scored 254 runs in 3 innings at a strike rate of 175.17. Sidelined for a year, the flamboyant opener is eager to go out there and make amends for his wrongdoings.

Steve Smith will also bring in the right balance and composure at the top of the Aussie batting order. While the former captain showed glimpses of his old self during Rajasthan Royals’ chase in their match against Chennai Super Kings, he is yet to hit top gear.

With World cup just around the corner, Langer's team has made it clear to the oppositions, that they are in to fight and defend the title.

Australia, who have always dominated in the ICC World cup, will take on hosts England on May 25 in their first match of the mega event — ICC World Cup 2019 being held in England and Wales. Australia has won the World cup for a record most number of times-5 times.