Fantastic performances from Agar and Maxwell ensured Australia kept their T20I series against New Zealand alive with a 64-run win. 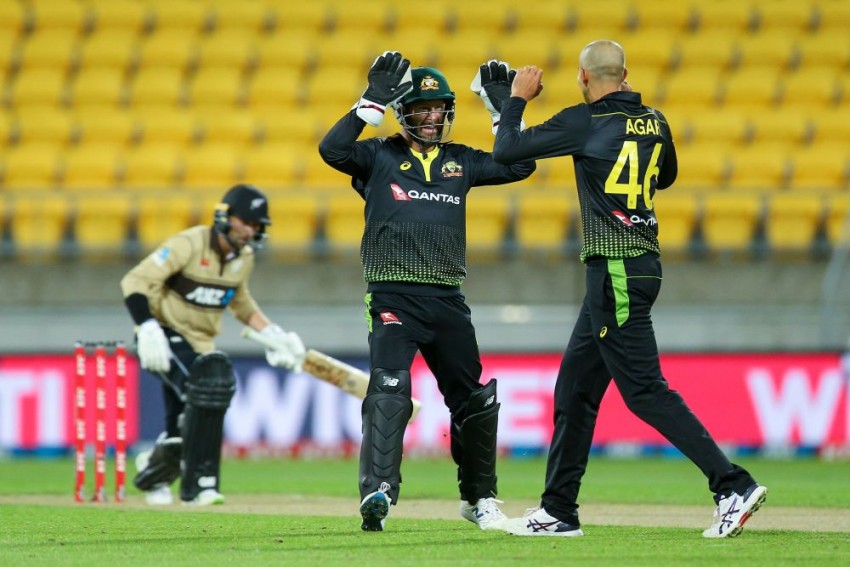 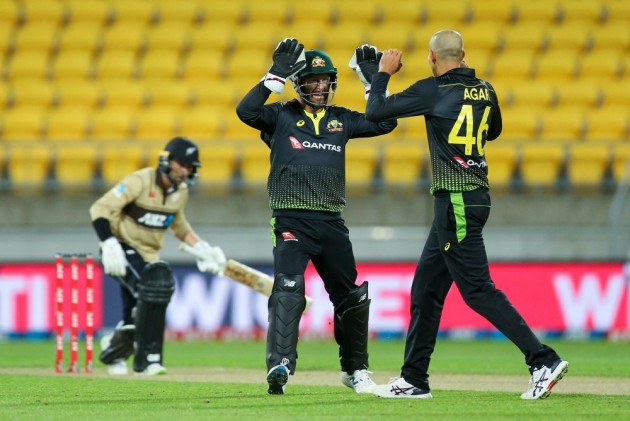 Trailing 2-0 in the five-match series after a nail-biting defeat last time out in Dunedin, Australia produced an impressive response in the third T20I.

Maxwell smashed 70 from 31 balls with captain Aaron Finch adding 69 as Australia posted 208-4 after losing the toss.

Agar took 6-30 as New Zealand slumped to 144 all out in reply, setting up an intriguing fourth match on Friday.

Spin bowler Agar is the first Australia player to record six wickets in a T20 match and only the fourth ever in international cricket.

Australia are looking to avoid a third consecutive T20I series defeat following losses to England and India, while the hosts are seeking a third straight triumph.

The clash on Wednesday went against that formbook, as well as the trend of this series so far, with Finch's 44-ball knock setting the tone.

After Matthew Wade (5) fell early, the skipper - who had not registered a fifty in his previous 26 innings - put on stands of 83 with Josh Philippe (43) and 64 with a rampant Maxwell.

Maxwell scored 62 of his 70 runs in boundaries, with eight fours and five sixes in a devastating display of hitting.

Kane Williamson opted to bowl despite Mitchell Santner being ruled out with a head cold, meaning he was self-isolating as precaution while waiting for a COVID-19 test result.

Ish Sodhi (2-32) was the pick of the New Zealand bowlers, none of whom could stem the flow of runs.

6 - Ashton Agar has become the first player to take six wickets in a men's T20I innings for @CricketAus, and just the fourth player to do so overall (Ajantha Mendis x2, Deepak Chahar and Yuzvendra Chahal). Haul.#NZvAUS pic.twitter.com/T0R9oOSSsB

Devon Conway and Martin Guptill had been the batting stars of the first two matches and it was they who briefly gave the hosts hope.

Guptill fired 43 from 27 balls with Conway adding a slightly more measured 38 from 27.

But their hopes of a successful run chase were effectively ended when Agar removed Glenn Phillips (13), Conway and Jimmy Neesham (0) in the space of five balls in the 13th over.

In support of Agar, fast bowler Riley Meredith took 2-24, including the key wicket of home captain Williamson (9), as part of an impressive debut for Australia.

Virat Kohli Says, 'There Is Too Much Noise About Spin-friendly Tracks'