Pitch-siding is the practice of transmitting information from sporting events for the purpose of gambling, or directly placing bets 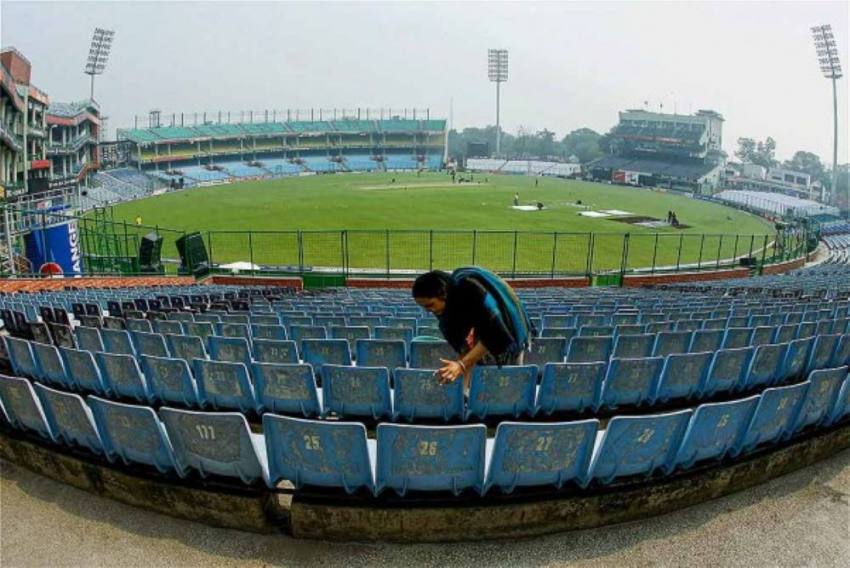 During one of the IPL games at New Delhi a designated cleaner was using the time lag between actual match action and live TV coverage to help in ball-by ball betting.
File Photo
PTI 2021-05-05T14:16:43+05:30 How Bookies Tried To 'Fix' IPL 2021 Match At Kotla, Reveals Anti-corruption Boss 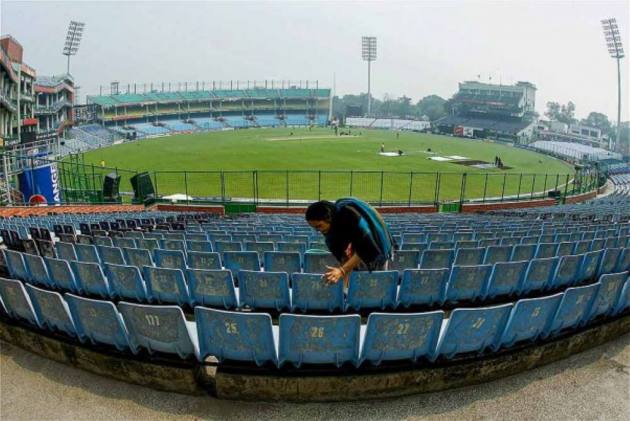 The new modus operandi was observed during one of the IPL games at New Delhi where a designated cleaner was using the time lag between actual match action and live TV coverage to help in ball-by ball betting, which is also known as court-siding or pitch siding.

Pitch-siding is the practice of transmitting information from sporting events for the purpose of gambling, or directly placing bets.

"One of my ACU officers caught a person and handed over the details to Delhi Police. While that particular offender managed to flee leaving behind his two mobile phones, ACU lodged a complaint with the Delhi Police," Hussain, a former DG of Gujarat Police, told PTI on Wednesday.

"We are thankful to Delhi Police that in a separate incident they caught two other persons from the Kotla on ACU tip-off."

The Delhi Police arrested two people with fake accreditation cards during the IPL match between Rajasthan Royals and SunRisers Hyderabad on May 2.

"So on two separate days, these people managed to get access to Kotla. The one who fled came in the garb of a cleaner. However, we have all his details as he was employed for the tournament. His Aadhar Card details have been handed over to Delhi Police," Hussain said.

"I am confident that he will be nabbed in a day or two. He is a small fry working for a couple of hundred or some thousand bucks may be," the ACU supremo said.

But he did agree that lower-rung staff might be used by a bigger syndicate since, because of COVID-19, there is no access to hotels given the bio-secure measures.

"...as situations and circumstances change, so does the modus operandi of crime. But we are up for it," Hussaid said.

So how did cleaning staff come under the ACU radar?
"He was standing (inside Feroz Shah Kotla premises) in a secluded area all by himself and so one of our officers approached and asked him 'What are you doing here?'

"He said:"Main apne girlfriend se baat kar raha hoon. (I am talking to my girlfriend).

"My officer then asked him to dial the number he was talking to and then asked him to hand over the phones. Just when he was going through the contents of his phone, the guy fled from the spot," Hussain revealed but did not divulge during which match the incident took place.

What was more interesting was that he was wearing the IPL accreditation card which all the class IV staff are given during the tournament from bus drivers, to cleaners, porters etc.

"It was one of the evening matches in Delhi. He was wearing an I-card. Also what raised suspicion was he had two mobiles," he said.

"The information he may be supplying could be to someone more influential among bookmakers and so we needed to inform the Delhi Police. Delhi Police has responded positively and thus next instance two people were arrested."

Hussain also confirmed that the ACU didn't receive any complaint of corrupt approaches being made to players or support staff involved in IPL during the 29 games that were held.

"Obviously with bio bubble and no crowd around, it certainly becomes a bit easier to manage as there is no physical proximity of (face to face meeting with players) questionable characters. When there is crowd, it becomes difficult to check anyone and everyone," Hussain said.

He also said that during the Mumbai leg, the hotel in which SunRisers Hyderabad team was staying had three people with questionable past record and whose names were there in ACU database. However, they couldn't come in contact of the players.

"The moment we had information, we got in touch with Mumbai Police. The Police Commissioner of Mumbai took immediate cognisance and the Mumbai Police got hold of those three," he added.