England cricket team captain Eoin Morgan recently took to Twitter to share a photo with an Afghan family, with whom he played cricket. Afghanistan's Rashid Khan replied to the tweet, calling him a legend. 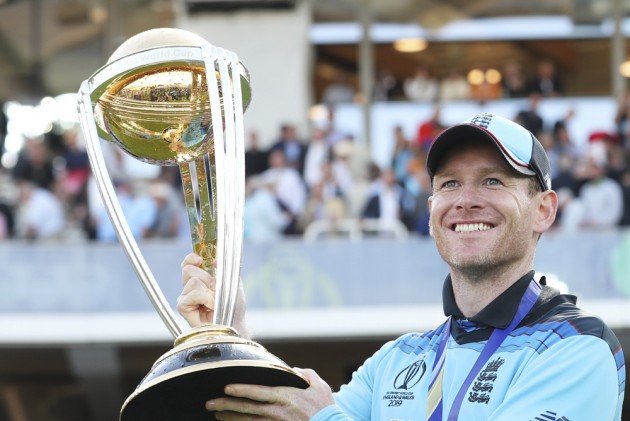 Eoin Morgan became England's first captain to win a Cricket World Cup trophy for his country. The 32-year-old has become a pivotal figure in his country's cricket folklore, and is known for spirit and sportsmanship. Recently, Afghanistan captain Rashid Khan took to Twitter, calling the Englishman, a "legend".

Morgan had accepted an Afghan family's request to play cricket with them, and shared a picture of it on Twitter. Rashid replied to the tweet, by simply writing, "Legend".

The left-handed batsman had tweeted, "On the walk home from dinner this evening I was asked to play a game with this lovely Afghan family.. #ThePowerofsport".

England defeated New Zealand in the World Cup final, courtesy of a superior boundary count, after the match ended as a tie after Super Over. In their upcoming fixtures, England will face Ireland on July 24 at Lord's.