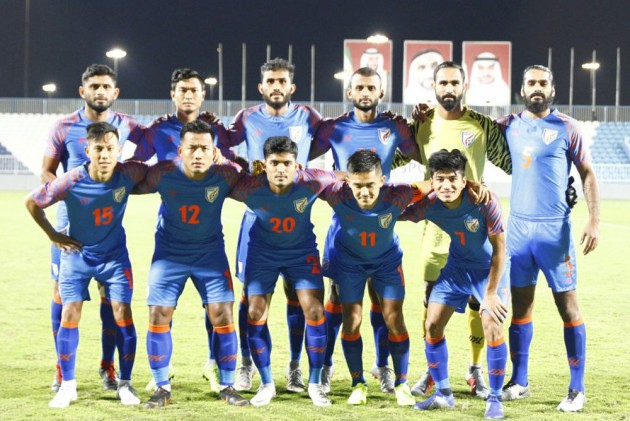 India wrapped up their preparations for the upcoming AFC Asian Cup 2019 in the United Arab Emirates with a goalless draw with Oman in their final warm-up game at Abu Dhabi on Thursday.

India, currently ranked 97th in FIFA charts, held their own against the 82nd ranked Oman by creating a few chances while both goalkeepers Gurpreet Singh Sandhu and Amrinder Singh pulled off a few brilliant saves to keep the scoresheet clean.

Coach Stephen Constantine, who had announced a 23-member squad for the tournament earlier in the day,  gave chance to most of his players during the warm-up game which was played closed doors in order to keep cards close to his chest.

India's first attempt at Oman citadel was in the 17th minute when Sunil Chhetri tried a long ranger from the top of the box but it sailed over.

Indian team made a few raids at the stroke of half an hour, earning a couple of free-kicks but Oman defence was equal to the task.

The 'Blue Tigers' earned their first corner in the 42nd minute but Aniruddh Thapa's corner didn't create much danger.

True to his reputation, Gurpreet thwarted what looked like a sure-shot goal with a terrific save in the 52nd minute.

India tried to hit on the counter in the 58th minute when Udanta Kumam sped past a defender to set one up for Balwant, who failed to react timely.

Udanta was a livewire down wide right as he raced down to send a cross but the Oman goalkeeper gathered before Chhetri could meet the delivery.

India's best chance came in the 77th minute when left winger Ashique Karuniyan kept an assist for Balwant, who set up a sitter for Udanta but his shot missed the target by a whisker.

Oman did create an opportunity during the final moments but Gurpreet was equal to the task to prevent any damage.