Solemnity Till The Last Gesture, Abhinaya Beyond Just Mundane

Kalamandalam Leelamma trod a suave path down Mohiniyattam when the Kerala classical dance gained wider name for seductive charm. Two of her students take a peek at the exponent who died the other day. 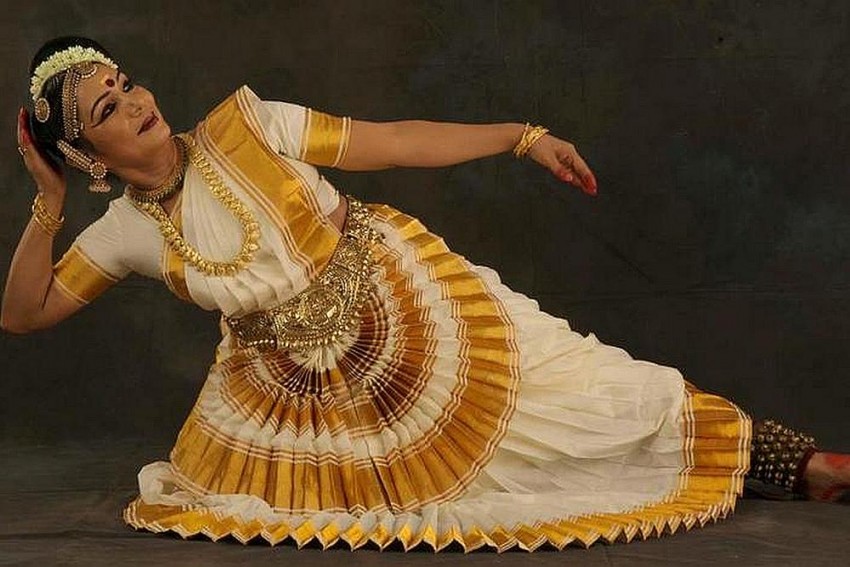 When Mohiniyattam literally meant ‘dance of the enchantress’, she invited the discerning viewer’s attention to body movements and inner vision that bore a refined grace far beyond visual lure. That way, Kalamandalam Leelamma scripted a tacitly beautiful antithesis to the very Kerala performing art that saw a resurgence half a century ago when she was one of its promising students.

The top danseuse was 65 when she died in her native south Indian state this week, winding up a personal story mired in tragedies that was eventually capped by ovarian cancer. The aesthetics she fused into modern-era Mohiniyattam, though, should persist for decades, given an array of disciples she groomed at a time that sought to dilute its ethos rotten during the British rule of the country. 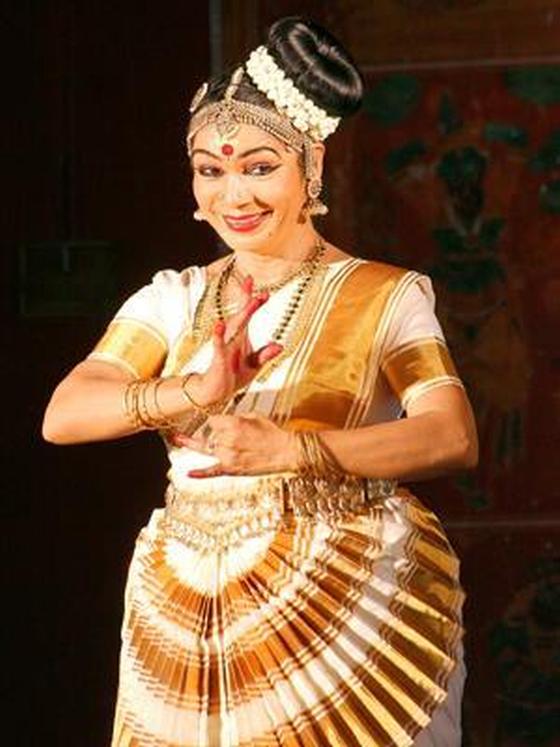 Prof Leelamma was associated with no less than half-a-dozen Kerala institutions, among which she taught longest at her alma mater: Kalamandalam. The centre, founded in 1930 (now a deemed university) just south of Shoranur wasn’t close to her home in central Travancore with its different cultural background. Amid nuanced school-wise variations that grew within Mohiniyattam subsequently, Kottayam-born Leelamma steadfastly stood by Kalamandalam aesthetics which she thought were central to the art.

“Teacher was extremely proud of our style of dancing,” recalls Kalamandalam Ambili, a pupil of Leelamma, who had innovated 80-plus Mohiniyattam steps and choreographed close to a 100 items alongside a handful of dance-dramas. “She strove all life to ensure that her disciples imbibed the spirit of it,” adds Ambili, who learned at Kalamandalam in 1988-92, when Leelamma used to be the main teacher for third-year dance students.

In the classrooms, the tutor used to be extremely strict, occasionally resorting to old-school punishments like slapping. Yet, once the daytime heat of teaching gave way to the evening breeze from the nearby Bharatapuzha river, Leelamma would be back to her usual self: affectionate and mother-like, adds Ambili, a daughter of late Kathakali icon Kottakkal Sivaraman. 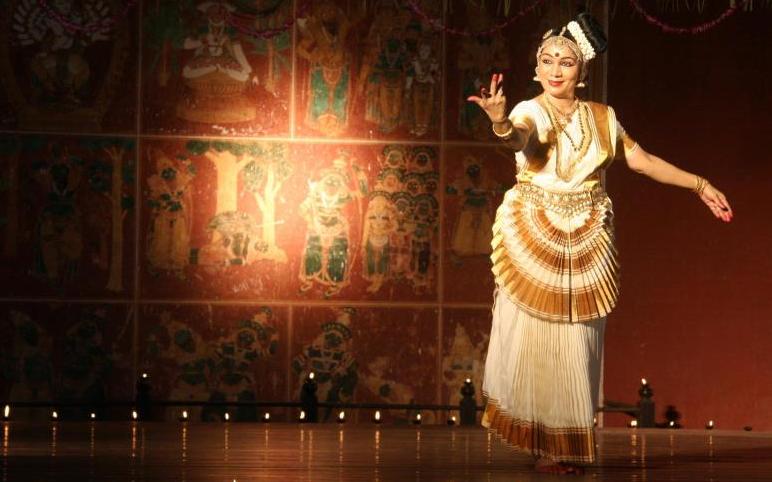 The pupil observes that her teacher’s looks didn’t exactly fit into the archetypal standards set for a Mohiniyattam danseuse. “She was petite, not buxom. Her eyes weren’t wide enough by conventional yardsticks,” Ambili notes. “That said, on stage, she looked extremely impressive. Her physical kinetics had great finish, the adavus such perfection that you don’t see anything else. Through her eyes (which she donated after death) would beam emotions, which prettier faces would fail to generate.”

This is one point another Leelamma disciple explains in detail. Painter-sculptor Sadanam K. Harikumaran, who is a Kathakali exponent and musician-composer, pointedly calls it ‘divinity’. “While most Mohiniyattam dancers revel in mundane-type shringara (eroticism) and viraha (pangs of separation), teacher’s performance was anchored in unique sobriety. There, even acts of seduction appeared bordering on spirituality,” notes the artiste, five years younger to Leelamma.

It’s not that Harikumaran learned Bharatanatyam from an institution. In his under-graduate years of 1977-80, the college boy’s elder sister gained close friendship with Leelamma. “During weekends, Nalini chechi, who was attending a brief Kathakali music course in Kalamandalam, would bring Leelamma to our house (in Pathiripala, east of Ottapalam). Amid such stays, she taught me a couple of Bharatanatyam varnams for the youth festival, where I ended up the topper,” reveals Harikumaran. “She didn’t take a single paisa as fee. What’s more, she loaned her costume for me to compete at the university level.”

The male disciple notes that Leelamma, who breathed her last on June 15, had an elevated outlook about the dress for Mohiniyattam as well as Bharatanatyam and Kuchipudi. “She was finicky about the colour schemes, too. Teacher wanted the looks to suit her approach, which was seldom melodramatic but philosophical.” 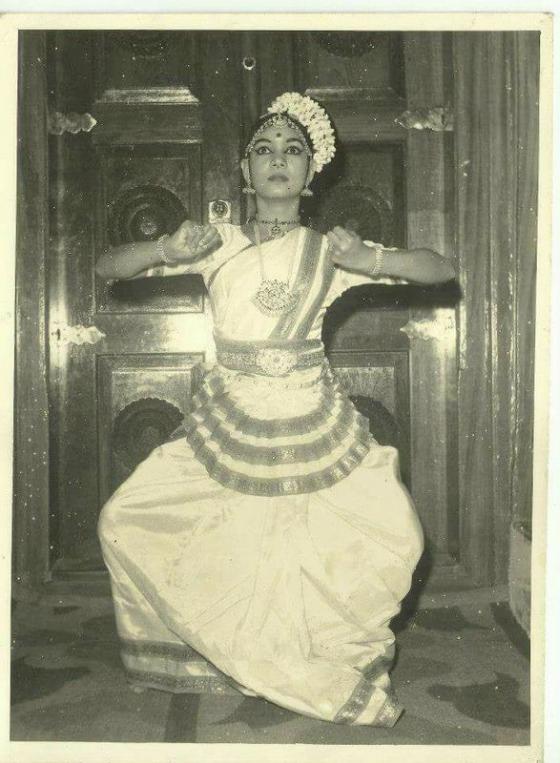 Simultaneously, she held high professional positions: Leelamma was a panel member of the Indian Council for Cultural Relations for performing Mohiniyattam abroad, and part of Doordarsan’s team that selected dancers for the channel’s shows. She was an expert member of dances at the universities of Kannur, Mahatma Gandhi (Kottayam), Kerala (Thiruvananthapuram) and the state government’s department of education besides at Kalamandalam and at Kalady-based Sree Sankara Sanskrit University, where she was a reader for three years from 1995. A winner of the 1990 Kerala Sangeeta Nataka Akademi award and a holder of senior fellowship from union culture ministry (1997), Leelamma, who spent her childhood at semi-hilly Mattakkara village and later learned dance under Kalamandalam Sathyabhama, A.R.R. Bhaskar and Kalamandalam Chandrika, had settled near Thrissur at Athani, where she ran the Swati Chitra dance school. The author of an authentic book on Mohiniyattam, she features in a CD brought out by the national broadcaster and a documentary by famed filmmaker Adoor Gopalakrishnan. Leelamma also happened to figure in an early 1970s record that has now turned out to be the oldest video clip on Mohiniyattam—and seen in a famed Malayalam movie.

Harikumaran, for all his wide interests, chose to focus on Kathakali. “Leela teacher, in my younger days, used to insist that I further studied Bharatanatyam,” he reminisces. Adds Ambili, who returned to Kalamandalam as a part-time teacher in 2012, when Leelamma was the Mohiniyattam-wing director at the Old Campus: “She would say, ‘The new-generation students do not have the love and regards for gurus that you people show.’ And then, typically, she would give an affectionate finger-stroke on my cheek.”