India’s view about Pakistan may be built on fragile assumptions… 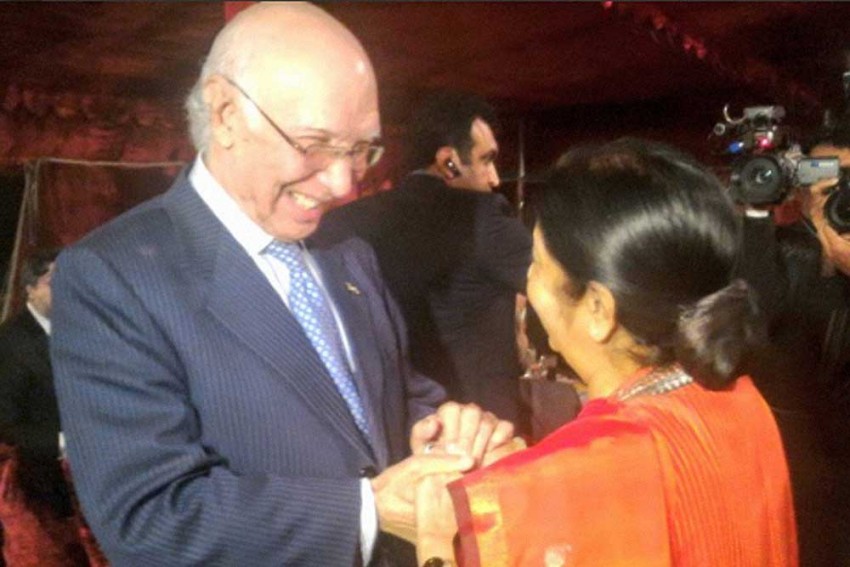 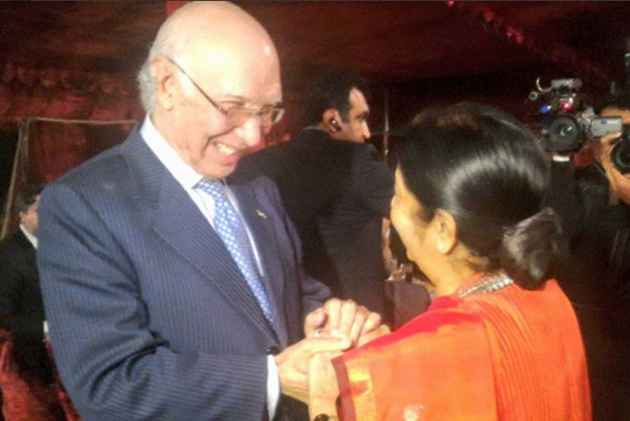 It is too soon to forecast anything in terms of outcomes in India Pakistan relations. Changing historical patterns is never easy, especially when the basic causes of discord seem barely a scratch away from the surface. What is possible is to examine the assumptions that inform much of our national conversation, hopes and policy choices. Since the Modi government’s approach seems to echo older patterns of behaviour, perhaps it is more useful to deconstruct the shared beliefs and perceptions that animate India’s Pakistan images.

The first step in any policy analysis is identifying the objectives or range of goals that a state outlines for itself. Certainly, the idea that Pakistan ceases its cross-border terrorism is the policy priority today. As additional goals, Indian policymakers would also prefer a Pakistan that is receptive to engaging with India in different spheres such as the economy or even cooperation on regional stability. In essence, India seeks a change in Pakistani behaviour.

Now let’s move to another level of Indian thinking: the perceived nature of the regime and the structures of domestic power and authority within Pakistan. According to the dominant Indian view, the nature of the regime and internal Pakistani politics shapes the preferences, intentions, and India policies emanating from Pakistan. There is nothing unusual about Indian thinking here. The internal makeup of states often does have a profound impact on foreign policy.

Then, we move to the assumptions that form India’s image of Pakistan’s internal affairs. There is a general anti-India identity problem in that Pakistani nationalism defines and coheres itself by projecting an opposite secular “other” – India. This negative identity, a structural feature of Pakistan’s nationhood, has been further cultivated and sustained by the military establishment for decades. The Pakistan Army engages in such an instrumental strategy both to fuel its own political economy and interests, and, to ensure that Pakistani statehood does not lose its sense of purpose.

Resisting the external “other” built on opposing values and culture is necessary for Pakistani nation building. Such an outlook has locked the Pakistani Army in a posture of hostility that has assumed various avatars ranging from full-scale armed conflict to a proxy war. The means may have changed but the basic impulse for keeping the partition settlement of 1947 simmering has not diminished. By the 1950s, India’s policymakers had belatedly recognised this dynamic.

The next logical question is who feeds the military superstructure in Pakistan? This is where international politics kicks in. Since 1954, Pakistan has had a superpower benefactor who has been sustaining this oversized military machine in Pakistan. Despite changing conditions, interests and global balances, the basic US policy of underwriting the Pakistani Army has remained stubbornly resilient. While during the Cold War Indian policymakers had made this issue a factor in India-US relations, that policy was discarded by the 1990s when India de-linked its bilateral US engagement with the US-Pakistan alliance.

There has been little debate on whether Delhi should measure its US ties with Washington’s Pakistan policy. China’s entry as a second benefactor has not only amplified India’s dilemma, it has strengthened the Pakistan Army’s leverage in the US-China-Pakistan triangle. It appears Indian policymakers don’t believe they have any leverage to reshape Washington and Beijing’s policies, for they haven’t demonstrated any serious attempt to explore that path. In effect, India’s Pakistan policy has been reduced to a bilateral play.

This leads to the next question: are there any countervailing ideas and political forces within Pakistan that can offset the strength of the Army and its great power friends? Indian images of Pakistan’s domestic affairs are fairly simple. There is a civilian leadership and feudal elite, and, there is a military establishment. The former is fledgling and weak. The latter is entrenched and powerful. According to Indian policymakers if only the civilian democratic side could grow stronger and balance the military can India Pakistan relations attain a modicum of normality.

Because the civilian side has no apparent stake in challenging and destabilizing India, a genuine democracy with civilian leaders at the helm of the state will radically transform the geopolitics of the sub-continent. This belief is so intoxicating that even the shrewd Indira Gandhi succumbed to the image of an internal transformation that Bhutto represented and strategically projected after 1971.

What if we introduce a little more complexity into the neat civil-military cleavage that underlies Indian imagery? First, let us not forget that it was Jinnah who was the first civilian leader who presided over the Kashmir invasion. Second, Pakistan’s tryst with democracy has always been a more complicated affair. Zulfikar Bhutto’s Pakistan is the closest we can trace to a genuine civilian advantage over the military structure. The circumstances, however, were unique. The Pakistan army had been thoroughly discredited after the 1971 war. And yet, despite such extraordinary circumstances, India’s quest to re-arrange the decks within Pakistan had little impact at Simla or after.

Bhutto was able to use his weakness by generating goodwill in Delhi to soften its post-war posture. Ironically, one of the strongest civilian leaders in Pakistan’s history did more to salvage the Pakistan Army – extracting the 90,000 prisoners of war from India and territorial losses on the western front – than a military dictator has ever achieved. Nevertheless, the Pakistan Army learned its lesson and in the 1980s consciously cultivated a new network of Punjabi politicians to counterbalance the PPP. As Christophe Jaffrelot in The Pakistan Paradox notes, “From the start of his career in Punjab under Zia’s patronage until the election campaign of 1990, (Nawaz) Sharif owed his political success wholly to military support. But even if he was the most famous client of the security establishment, he was not the only one to enjoy its protection.”

If an assertive civilian political elite and civil society could weaken the Pakistan army, Indian policymakers would obviously welcome and encourage that trend. But there are two underlying assumptions in this imagined civil-military contest. First, it is presumed that the civilian elite is genuinely committed to re-defining Pakistan’s identity towards a more positive nationhood. Second, it is presumed that the Army is not an adaptive force that can counteract the antagonistic division between the ‘civil’ and the ‘military’ in Indian strategic minds.

On the first assumption, we are yet to see credible evidence for such a progressive discourse or that civilian leaders actually seek to change the idea of Pakistan. On the second premise, already, there is evidence that the Army prefers its new role as the unaccountable arbiter of Pakistan’s overall socio-political destiny but without being at the forefront of popular electoral politics, which constrains its hand and taints its generally prestigious position in Pakistan’s polity.

On the civilian side, there is evidence that political parties have far more modest goals and interests. Rather than producing systemic change and re-imagining Pakistan, they are mainly interested in self-interest and survival. This suggests the civilian political elite will cut deals with the Army, if that allows it more flexibility or autonomy in the non-security spheres. There is absolutely no evidence to claim a zero-sum struggle with the military establishment is in the Pakistani politician’s conception of his own interests. This is a Punjabi-dominated political structure led by feudal leaders and businessman who already enjoy disproportionate privileges and rent-seeking opportunities through the existing political status quo. At the very least, the fantasy image of a Pakistani politician rising as a messiah to roll back Rawalpindi’s influence ought to be set aside for a more complex, collusive and interdependent civil-military image.

By now it should be obvious how fragile India’s conceptual framework for changing Pakistani behaviour really is. The goal is weakening the military regime. Aside from India’s fairly competent if restrained military defense posture to hold firm on the frontiers and the LoC, there is nothing so far in India’s policy toolkit to alter the calculus of the Pakistan Army. There is no known cost imposition strategy or a strategy to reshape the incentives of Pakistan’s real rulers. Acceptance for risk taking among India’s leaders is as low as it was under Nehru’s time.

The Pakistan Army is fairly confident that its proxy war will not invite meaningful reprisals at any level from India. If India is being bled by a thousand cuts, then surely the wielder of the blade ought to be one, if not the primary, subject of an Indian geostrategy? Instead, India’s sole instrument appears to be engagement with the democratic civilian regime. Neither are there any credible tools to buttress the domestic legitimacy of Pakistan’s civilian leaders.

This is not simply because of a lack of imagination but an inherent part of Pakistan’s identity problem alluded to earlier. Proximity beyond a point with India is dangerous and even suicidal for an aspiring Pakistani leader. In fact, any move towards a normalisation that comes at a dilution of traditional Pakistani positions on say Kashmir or even terrorism will almost certainly weaken the initiator inside Pakistan. So Delhi has given itself a single tool – diplomacy – to alter a complex domestic dynamic within Pakistan.

Clearly, a socialisation strategy to change the internal power structure and ideational structure in Pakistan is a very formidable task and cannot be pursued in the simplistic “let’s engage the civilian regime” kind of way. Even assuming a bold civilian leadership that reciprocates Indian overtures would simultaneously require a parallel and sophisticated strategy to blunt and weaken the deep state and the Pakistan army. Ironically, this dual game would become even more imperative if engagement with a civilian regime develops apace since the Army will employ all sub-conventional tools at its disposal to ratchet up terror strikes in India to disrupt or modulate the détente process according to its preferences.

But India’s policy challenge does not end here. While India is implementing its dual Pakistan policy, it would need to also persuade both Washington and Beijing that this internal churning is necessary and advantageous for these powers too, who have hitherto shown little interest in seeing the Pakistan Army confined to its barracks. At the very least a positive abstention in favour of India’s policy would seem crucial to prevent Washington and Beijing from being spoilers in this socialisation game.

Critically re-evaluating India’s Pakistan images might enable the Modi government to craft a thoughtful and realistic policy and strategy. Or Delhi will at some point find itself outflanked by the Pakistan army whose tail has been up for a decade and a half.

The writer is research scholar at King’s College London

The Art Of Re-Engineering