Signs Of The Times

Where there is a larger--historic or poetic--point to be made, the rechristening of streets makes sense. Otherwise, it is, well, nonsensical.

Delhi’s street-namers appear to have left very little room for the marking of places and events. Elsewhere, in vilayat, if even a postbox has to be relocated, the locals are notified and objections invited. We seem to elect our city councillors largely for their name-changing prowess. And what a job they have done! Where there is a larger--historic or poetic-- point to be made, the rechristening of streets makes sense. Otherwise, it is, well, nonsensical. Expectedly, a large number of road-changes fall into the nonsense category. 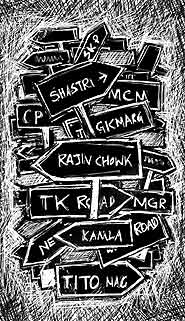 Kingsway has changed nicely into Rajpath, yoking the firangi ‘Raj’ to the cause of desi state-power; Queensway is widened into a bustling Janpath. Whether the imperial pro-consul Curzon should have been replaced necessarily by Kasturba or Lord Cornwallis by Subramania Bharati is an open question. Or the Duke of Connaught by Rajiv for that matter. Couldn’t we have downsized the Duke by simply abbreviating Connaught Place to CP? For two generations, students of DU have called Kamla Nagar ‘K-Nags’, sundering the connection between our first PM’s wife and this prosperous post-Partition locality. Could not the adjacent Kamla Nehru Ridge have been allowed to remain the Northern Ridge?

Further west, ‘Upper Ridge Road’, which connects Pusa Road to Dhaula Kuan, has suddenly become ‘Bande Matram Marg’, for no clear reason whatsoever. It made sense to rename Imperial Avenue, the high-colonial road that separated the Hindu and St Stephen’s colleges, after Sudhir Bose, a revered Delhi University teacher. But why rename Chauburja Road, where a 14th-century four-domed mosque, a rarity, had been reduced to a single-dome pockmarked structure after the 1857 bombardment of the Northern Ridge, into Acharya Sushil Muni Marg?

And why did our renamers not think of changing the Lal Qila-Daryaganj Road into Dilli Chalo Marg (or even San Sattavan Marg), for unlike Subhash Bose, who only exhorted the INA soldiers to march on to Delhi, the 1857 rebels had actually marched from Meerut and wrested the city of Shajahanabad from the British?

The most recent bit of quaint name-change has to do with the sheer accident of construction work. A few years ago, the house on Alipore Road (Shamnath Marg) in Civil Lines, where B.R. Ambedkar lived in the late 1940s, was acquired and turned into a museum. When the last PM came to inaugurate the memorial, direct access to Shamnath Marg was barred because of underground digging for the metro. A side entrance was found from the adjacent road to Ambedkar’s erstwhile house. And, as a consequence, a small stretch, appropriately called Flagstaff Road, for it wound up the ridge to the 19th-century Flagstaff, where the British had huddled during the siege of Delhi in 1857, was renamed overnight as B.R. Ambedkar Memorial Marg. Could not the denizens of this historic city be allowed some say in such street-matters? Could we now ask for the street-name files under the new Information Act, please?