Shun The Loose Cannons On Both Sides 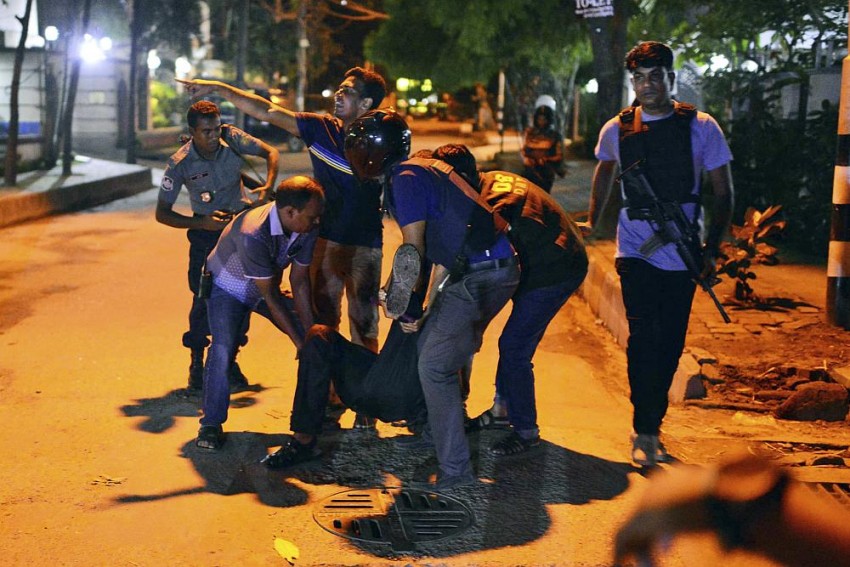 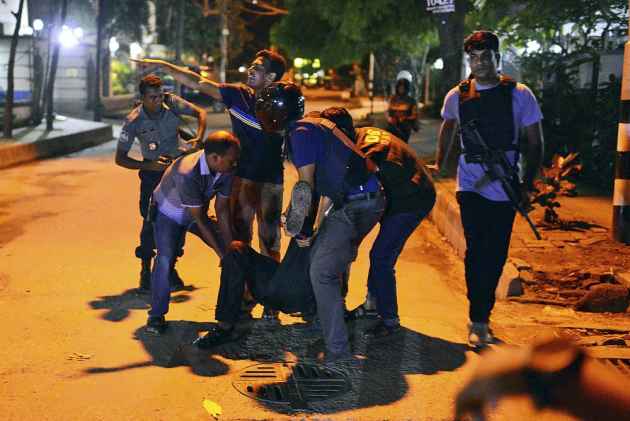 The second half of the month of Ramzan witnessed a fierce spate of terror. On June 30, 2016, Taliban hit a police convoy near Kabul, killing 27 cadets. In an attack on Dhaka’s upmarket Holey Artisan Bakery on July 1, 2016, 22 persons were killed, including nine Italians, seven Japanese, one American and an Indian girl Tarishi Jain. Yet again on July 3, there were twin blasts in Baghdad, killing 91 people.  What is indeed most surprising is the timing of the attack in Dhaka by terrorists belonging to the Jamaat-ul-Mujahideen (JUM), which claims to represent the Islamic State- the attack was launched to coincide with Taraveeh, the late evening prayers during Ramzan. The obvious motive of the attackers was to kill those who were not attending Taraveeh prayers, which included largely non-Muslims. Among the hapless victims was a young Bangladeshi Muslim, Faraaz Hossain, who despite the offer to walk away from his abductors refused to abandon his non-Muslim friends. He stayed put with fellow human beings and was killed.

The portents of the carnage of July 1, 2016, in Dhaka were ominous since long. Killing is an extension of politics. The blame game has begun as usually it happens whenever such a catastrophe unfolds. The main problem with the Bangladeshi political class is that both the main parties have refused to reconcile with events of 1971. The deep-rooted mutual hatred between the two powerful begums has seriously fractured society where innocent Bangladeshis find themselves trapped. The crackdown on dissent in the form of banning the Jamaat from participating in elections and the consequent boycott of elections by the Bangladesh Nationalist Party of Khaleda Zia, the voice of the Opposition has been muzzled. This led the present dispensation in Dhaka to become extremely authoritarian. The pent up feelings which manifested in the killing of Hindu priests and Buddhist monks have now moved on towards large-scale terror.

The patriarch of global jihadist movement, Abdullah Azzam, once wrote, “Glory does not build its lofty edifice except with skulls; honour and respect cannot be established except on the foundation of cripples and corpses.” The Islamists hope that the killing will create such a mayhem that the government will be forced to be replaced by a more accommodating political order. Bangladesh’s Islamic State has imported the ideology of Abdullah Azzam with modifications to suit local political conditions. The situation warrants reconciliation of ideologies and this should be addressed before it spins out of control. Religious militancy is thriving on the fuel provided by political divides. It all depends on the government how to extricate the country out of this mess.

Edmund Burke said, “Invention is exhausted, Reason is Fatigued, Experience has given its judgement but Obstinacy remains unconquered”. It is this obstinacy whether of the government or the community which has to be removed. The threshold of tolerance has to be raised especially amongst the youth. Civility, mutual understanding, brotherhood and community living have to be promoted at all levels.

The foremost aspect is that justice should not only be done but it should be visible that it has been done. At no stage should despair and despondency be allowed to creep into the minds of citizens who are at the receiving end. Terrorism will raise its ugly head only when the youth lose their faith and trust in the government. History tells us that it is a cheap weapon used by callous souls who have no respect for humanity. It is therefore incumbent on the State to ensure that the youth is never weaned away by the ideology which negates the very essence of right to live.

This can be achieved by absolute fairness and providing level playing field to all. Whenever a voice of insanity is raised by any member of the ruling elite, it should be immediately condemned in the strongest terms by the powers that be. Silence is fraught with danger, for it will automatically be taken as tacit approval.

Generation of employment, be it government, private or self, is the most effective way of diverting youthful energy for constructive goals. The disparity in employment, particularly among the minority community, has to be addressed. No society can afford to have able bodied, educated youth being marginalised and doing nothing. We should remember that those joining militancy are also paid by their alien masters. It will be in the interest of our country if the youth is given opportunity to earn two square meals a day with respect and dignity. This should be the responsibility of not only the State but also of the private sector.

Job opportunities are directly related to the level of education of any community. Education is the key to any success and prosperity. Series of Commission Reports have highlighted the pathetic state of educational elevation particularly amongst the Muslims. Provide a level playing field to them and see the difference. A mechanism needs to be evolved relating to the quality of educational uplift, particularly in higher education with particular focus on engineering, science and medicine. Issues concerning lack of job opportunities will fall in place only if we equip them with knowledge and confidence to compete and excel.

Branding of a community is the worst thing that can happen and even worst is the casting of a suspicious eye across its rank and file. Prolonged detentions without trial and chargesheet are bound to generate a ripple effect. No community must live under the shadow of fear or retribution. It is for the law enforcing agencies to use their unbridled powers as an exception rather than a routine. Putting any person for long years behind the bars on the basis of suspicion, leaves a deeply wounded psyche, not only for the victim but for his complete family and circle of friends. There are instances where despite redressal from courts, the release of such victims was not forthcoming with speed and alacrity.

Fortunately the minorities have enormous faith and trust in the judiciary. It requires great courage on the part of judges like Special Judge S. D. Takele, who came down heavily on the National Investigation  Agency for not investigating the role of Sadhvi Pragya Singh in the 2008 Malegaon blast case and recording again, the statement of witnesses recorded by the Maharashtra Anti-Terrorism Squad (ATS). The court dismissed her plea for bail.

Discrimination in any form is the bane of any civilised society. We often read about denial of rental accommodation particularly in metros, refusal of licences, permits and bank loans on flimsy grounds. This leads to cynicism and frustration. Irrespective of what rules and regulations prevail, it can be only enforced if the society decides to develop a more pluralistic climate. We cannot afford to be privy to ghettoisation of Indian society. The Ganga–Jamuni Tehzeeb has to prevail. Perceptions may be flawed and, hence, must undergo a change.

Despite the fact that India is hemmed in by two neighbours where desperate elements be it the ISIS, Lashkar-e-Toiba, JUM and the like have made inroads, the maturity and resilience of Indian democracy is the panacea for warding off lurking dangers. The battle of winning hearts and minds must continue incessantly. What appears to be pampering to some is actually a necessity for the less fortunate ones. Loose cannons on both sides must be shunned.
The road map of ‘Sab ka Saath, Sab ka Vikas’ has to be effectively implemented. The Ganga–Jamuni Tehzeeb has to prevail. Let our diversity be the instrument of unity. It will see through such marauders and in the end India and Indians will emerge as victors. In the words of Allama Iqbal in his famous poem, Saare Jahan Se Accha:-

“Greece, Egypt and Rome have all been destroyed,
But our glory still survives,
Our country, India is best in the world.”