If Nehru laid the foundations of democracy, science and technology, Rao prepared the ground for a potential economic miracle; and re-invented foreign relations. He was second to none as a Prime Minister of India. 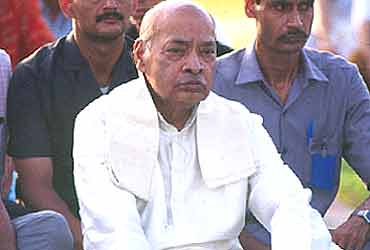 In course of numerous, stimulating conversations with Pamulaparthi Venkata Narasimha Rao - from the first, brief encounter in 1981 in Paris at a reception hosted by Ambassador Maharaj Kumar Rasgotra for Prime Minister Indira Gandhi to the last in Delhi two months ago - he was mostly measured in his utterances, but sometimes, delightfully expansive.

In May 1991, India was not only on the brink of bankruptcy, but with the collapse of the Soviet Union, rather isolated, if not vulnerable to retaliation by a potentially vindictive United States. Yet, despite leading a minority government, he pulled off a most significant economic shift as well as an external affairs coup d’etat.

Indeed, the liberalisation was loaded with a foreign policy objective. The opening up of the Indian market to trade and investment diluted the West’s, especially Washington’s, historical hostility towards New Delhi, as did the bold steps to establish diplomatic relations with Israel; while the "peace and tranquillity" treaty reduced the threat from China. To complete the circle, he extended economic diplomacy to the ASEAN.

If India is now one of the fastest growing economies and a likely permanent member of the United Nations Security Council, much of the credit can be attributed to Narasimha Rao.

He was not one to trumpet his triumphs, but was reasonably satisfied with his performance. Yet, he was conscious of a gullible Sonia Gandhi constantly chipping away at his edifice. In a patently anti-party move, Arjun Singh and Narain Dutt Tiwari formed a splinter group with Sonia’s blessings to ensure Congress did not emerge as the largest single party in the 1996 General Election, so as to deny Rao a second term.

Rao was convinced, if Sonia and company had not plotted to unseat him, Congress would have won another 40 seats and, thus, continued in office. After the party fared miserably in the 1998 and 1999 elections, he remarked in a rare outburst: "She will never become prime minister".

After his defeat, his 9 Motilal Nehru Marg residence, increasingly acquired a deserted look. The rats had abandoned ship. Rao withdrew into a shell, suspecting connivance to instigate charges of corruption against him, not to mention his conviction in the JMM case.

In a uncharacteristically candid chat - at The Washington Mayfair hotel in London - he feared the judge had been influenced by a Sonia loyalist, now a cabinet minister. It was a scandalous verdict, not surprisingly struck down by a higher court.

Back in Delhi, a maverick non-Congress MP and former minister urged Rao to expose Sonia’s alleged complicity. Rao refused. Instead, he remained confident he would be declared innocent; and was, until a few years ago, hopeful of responding to demands from a section of the party to resume political activity.

In his first interview after the demolition of the Babri mosque - granted to me on CNN - he articulated before a global audience, directly from the lawns of Race Course Road, that it would have been undemocratic to dismiss the Uttar Pradesh government (which his critics, on hindsight, felt he ought to have done) as it had given a undertaking to the Supreme Court that it would protect the shrine. Later, while agreeing that an air-dropped rapid action force might have prevented the worst, he added this could have given rise to dangerous clashes with state police, who were ordered not to deter the perpetrators.

In 1995, CNN International’s distribution in Asia was in smithereens after a Chinese satellite, on which it had leased capacity, exploded on launch. The network desperately applied for a transponder on India’s INSAT-2B satellite - unimaginable, as only Indian government agencies enjoyed this privilege. Besides, given cross-party sensitivity about entry of overseas media into the country, it was political dynamite.

From Rathikant Basu, Director-General of Doordarshan, via Navin Chawla, Joint Secretary, in the Ministry of Information & Broadcasting, and Bhaskar Ghose, Secretary in the same Ministry, the file had travelled to Amar Nath Varma, Principal Secretary to the PM. All were in favour. I also managed to enlist the support of Arjun Singh, who headed a Group of Ministers, which gave a go-ahead in principle. At the same time, I maintained a second channel directly with Rao.

Eventually, I was officially summoned by the demure old man! He was settled on a sofa at his South Block office, attired in a fine dhoti, a cream coloured silk kurta and a matching raw silk waist-coat. "My mind is made up", he gravely and typically muttered, "but it will take a couple of months to implement." He asked me to keep the decision to myself and only convey this to Ted Turner, then owner of CNN, if I wanted to - which I did. But, amusingly, he asked me not to discuss it with his irksome Minister of Information & Broadcasting.

Predictably, from the loony Left to the rabid Right, there was much outrage. But leading figures in the CPI(M) and BJP assured me this would soon die down. It did.

Rao was a quintessential Congressman, shaken by Gandhi, stirred by Nehru, though he was mildly critical of the latter’s errors. He stuck to Indira out of gratitude - for he owed his career to her - while he silently suffered Rajiv.

He was a devout Hindu, but contemptuous of Bharatiya Janata Party’s jingoism. If one were to compare him to Atal Bihari Vajpayee, it may be best to illustrate that, while Rao relished Luis Bunuel in the original, the BJP leader’s taste is Bollywood!

But there was a healthy, mutual respect between the two. Rao stressed it was unfeasible to divert greater resources to development because he could not compromise on defence and security. India, under Rao, was poised to test nuclear devices for a second time since 1974, which Vajpayee ultimately carried out.

If Nehru laid the foundations of democracy, science and technology, Rao prepared the ground for a potential economic miracle; and re-invented foreign relations. He was second to none as a Prime Minister of India.

The author, who knew P. V. Narasimha Rao personally for 23 years, was CNN’s first South Asia bureau chief and principal correspondent in 1991-96, later the channel’s Consultant Editor. He is now editor of RayMedia in London. Fees for this article will be donated to the Ray Foundation, set up in Kolkata for cancer detection.