The move comes as President Donald Trump remained neutral on who is to blame and praised the Arab kingdom. 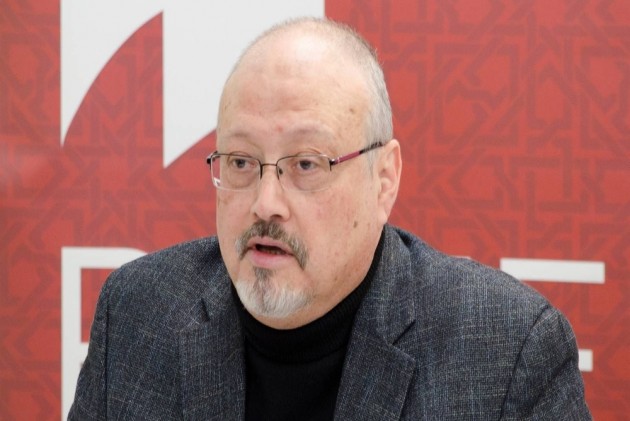 The US Senate has passed a resolution stating Crown Prince Mohammed bin Salman is responsible for the killing of journalist Jamal Khashoggi, news agency Reuters reported.

Just prior to passing the resolution by a voice vote, the Senate also overwhelmingly approved a resolution by a 56-41 vote that would require the US to end its military support for the Saudi-led war in Yemen, a move aimed both at ending that war and expressing anger at the Trump administration's handling of relations with Saudi Arabia.

On Thursday, the US Senate voted in favour of a bill asking the Donald Trump administration to end the military support it is providing to Saudi Arabia in the latter's war in Yemen, a move taken amid the controversy sparked by the murder of Saudi journalist Jamal Khashoggi in early October at Riyadh's consulate in Istanbul.

The bill gives the White House 30 days to withdraw US troops from Yemen, except those that are tasked with fighting local factions of the Al-Qaeda terrorist network, Efe reported.

Despite having been approved by the Senate in a 56-41 vote, the bill will not have any immediate effect since the House of Representatives on Wednesday approved postponing its vote on the matter until January, when the new Congress will be seated and Democrats will regain control of the lower house.

Then, both the Senate and House would be able to give the green light to the measure and send it to the Oval Office.

The vote in the Senate, which is controlled by the Republicans and will remain so after January, is - however - a measure of how lawmakers view the relationship between Washington and Riyadh after Khashoggi's murder.

Trump has called Saudi Arabia a great regional ally of the US and has opposed allowing Khashoggi's killing to change the bilateral relationship, and thus the Senate approval of the bill is considered to be a political rebuke of the president by lawmakers.

In addition to withdrawing a portion of the US troops from Yemen, the Senate added a resolution designating Saudi Crown Prince Mohammed bin Salman as the person "responsible" for ordering Khashoggi's October 2 murder by a hit team of security officers dispatched from Riyadh.

The US-backed Arab coalition, which has admitted staging attacks in which dozens of civilians have died, began military operations in Yemen in March 2015, when the war there resurged, causing the world's worst humanitarian crisis, according to the UN.