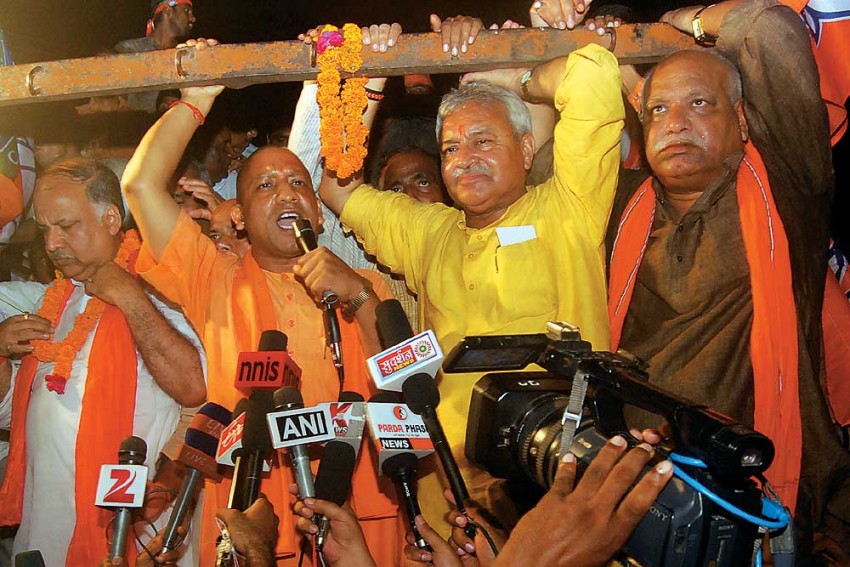 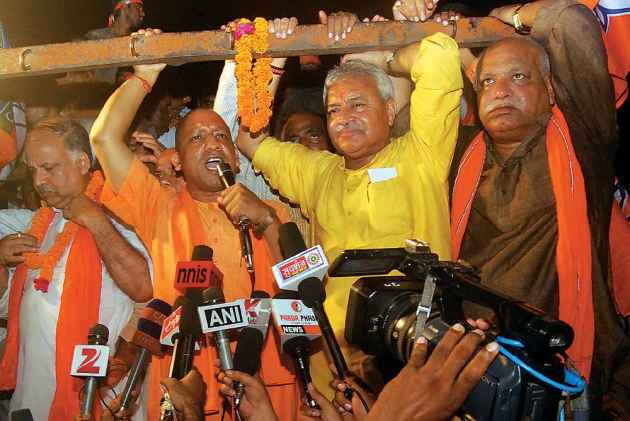 Incarcerated Army officer Colonel Purohit’s intelligence unit at Deolali in Maharashtra was not only generating enough inputs to make political parties and terror groups squirm but was generating them much before the Malegaon blast of October 2008. An input on Abhinav Bharat, provided by the South Command Liaison Unit, the intelligence unit which Purohit was heading, says that the patrons of the group were the RSS and the VHP.

Details of one such report, accessed by Outlook, was generated on January 16, 2008 by Lt Colonel MC Rajasegharan. The report says Gorakhpur Member of Parliament Yogi Adityanath was planning to address a gathering of Abhinav Bharat along with Swami Amritananda, Shankaracharya of the Sharda Peeth. Yogi Prem Singh Sher of the Akhand Hindustan Morcha (he runs a vernacular newspaper too) was also supposed to address one such gathering of the Abhinav Bharat at Faridabad between January 24 -26, 2008.

Yogi Adityanath told Outlook, “I categorically deny such an allegation. My movements as an MP are well known. I was neither planning to and nor did I ever attend a meeting of the Abhinav Bharat.”

The inputs for these reports came from a Sudhakar Chuaturvedi and a Rakesh Dhawde. The ATS says Chaturvedi was national convenor of Abhinav Bharat. Both have been charged with murder, conspiracy and under the Arms’ Act. But going by documents of the Court of Inquiry both of them were “registered” informers of the Indian Army. Outlook has seen their identity papers and other details which clearly prove that they were working for the Army and admitted to attending several camps of Abhinav Bharat and providing intelligence inputs on them. When he moved out of Deolali, Colonel Purohit passed on these informers and their inputs to his successor.

Colonel Purohit had even shared inputs that he received from these informers with his reporting senior, Colonel SS Raikar.  When asked by the Court of Inquiry, Raikar had admitted that Purohit had indeed shared intelligence inputs about the activities of Abhinav Bharat and, through this outfit, about the activities of Naxal groups operating in Maharashtra. Some of these inputs were verbal and telephonic, Raikar has admitted.

Abhinav Bharat was planning to launch a political party either from Delhi or from Jammu in April or May of 2008 and had even approached the Election Commission for doing the relevant paper work, the report says.

The question then is would a recognized political party actually indulge in terror activities under the radar.

The political agenda of the Abhinav Bharat was to stop the “conversion of Dalits to Chirstianity by missionaries”; arrest the “changing demographic pattern (increase of Muslims)” and also to “crush the evil of terrorism and generate awareness amongst the masses against terrorist activities”.

In fact, the other big loophole is on the issue of the RDX being planted by the ATS at the residence of Colonel Purohit. The Army officer was charged with MCOCA and sent behind bars without any option of a bail on the statement of fellow officer Nitin Joshi. Joshi had in 2009 filed a complaint before the State Human Rights Commission of Maharashtra that police officer, the late Hemant Karkare, tortured him into giving that statement under section 164 before the MCOCA court. Joshi told the court that Colonel Purohit had thrown a bag containing 60 kg of RDX into the Jhelum (he was posted in Jammu and Kashmir in 2005) and collected it downstream later. He kept that RDX at his Deolali residence for three years and used it to prepare the bombs!

In fact, in the aftermath of the Malegaon blast, the Army tried to distance itself from the case, making it out to be a case of certain officers having gone rogue. In fact, Colonel Purohit, a serving officer, was beaten up and tortured by his junior at a guest house near Pune and the details made public. “It is unheard of that a junior officer can raise a finger, let alone beat up his senior in this manner. It is clear that the Army, which was in the know of the inputs being provided by Colonel Purohit’s intelligence Unit, was trying to do a cover up,” says a retired IB official.