Rijiju Tweets Video Of Soldier Slamming ‘Anti-Nationals,’ Twitterati Ask Why The Minister Was Not Pained For Tej Bahadur 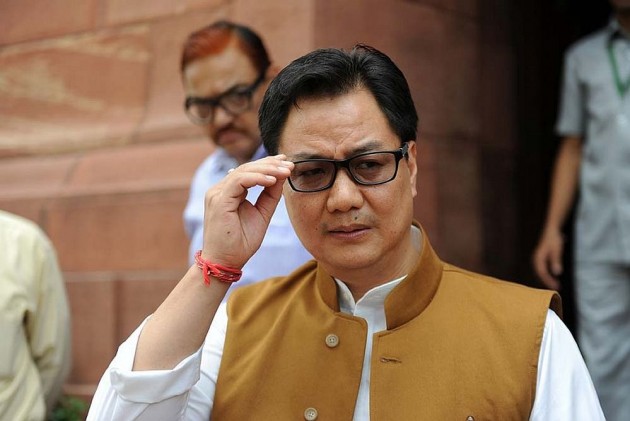 Union minister of state for home Kiren Rijiju today tweeted a video of a soldier slamming students, who, according to him, sympathised with parliament attack convict Afzal Guru and chanted slogans of ‘Bharat Murdabad’.

The video had first come up in the public domain during the student agitations in Jawaharlal Nehru University (JNU) last year and the soldier refers to JNU students in his speech.

Rijiju’s tweet has come amidst the ongoing controversy over the student agitations in Delhi University following alleged vandalism by ABVP workers at Ramjas College. The row picked further momentum after DU student and Kargil martyr’s daughter Gurmehar kaur also took against ABVP on social media. Rijiju had attempted to play down the students’ campaign against ABVP asking, ‘who is polluting this young girl’s (Gaur) mind?’

Pain runs deeper than the Ocean. Very sad that our jawans are forced to speak with heavy heart. pic.twitter.com/1AbLScDnor

In the video tweeted by Rijiju, the soldier is seen addressing a huge gathering of people.

“We fight against terrorism, Maoists to keep our country safe. But now it looks like the biggest threat is from those who live in this country but give slogans of Bharat murdabad,”h e says in the video, adding, ““We don’t feel sad to see Afzal Guru being hanged. But we are sad to see people chant slogans that Afzal hum sharminda hai, tere qatil zinda hai.”

The minister said he was sad that jawans are forced to speak with heavy heart. “Pain runs deeper than the Ocean,” he tweeted, supporting the soldier.

However, the minister faced strong reaction from twitterati after he posted the video.

Twitterari reminded him of the video posted by another jawan Tej Bahadur who had exposed corruption in the army by showing the substandard food served for soldiers.

@ LambodarPrDash @KirenRijiju u nailed it bro. Our army chief said no to social media. Why r we promoting this then?

Twitterati said the government was not pained for Tej Bahadur and it even hounded him for taking army matters to the public platform.