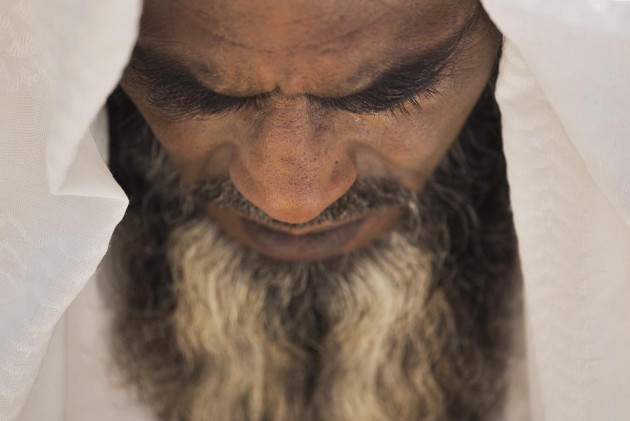 Imagine a 7th century Arab Bedouin village being replicated in north Malabar in verdant Kerala, with its linguistically and sartorially arabised Malayali inhabitants grazing cattle, shunning modern education and re-creating the material and cultural conditions of the Prophet’s time, safely away from the polluting influence of a pluralist India. Mind you, it is not a museum, but a village named Athikkatt near Nilambur in Malappuram district.

Also, conjure up young Muslim men from Kerala fleeing with their families to Dammaj, a small town in the Sa’dah Governorate in Yemen, in order to live out a pure, Spartan, gender-segregated, and jurisprudence-obsessed version of Islam, unadulterated by the nearly one and a half millennia of history since the inception of the faith. The theology that guides these reclusive seekers of a barren spiritual haven is an austere, literalist, reason-proof and atavistic version of Salafism, which, thankfully, is apolitical on the surface.

Both scenarios may sound beyond imagination, but are very much part of reality, and inextricably interlinked too. Both these weird experiments were enacted as part of adherence to what is called Dammaj Salafism, which has been finding favor among young Muslims from different parts of the world over the past couple of decades. The number of these escapists may yet be small, but the fact that such a disastrously eremitic theology has attracted diehard followers across the world is inexplicable.

Before anybody jumps into conclusions, let me reassure that they are not a bunch of holy warriors (at least not yet); they actually do not care for anything of this world, let alone Jihad and big political ideas. Much to the relief of the Arab political establishments, they argue against political rebellion against the status quo, even if the rulers are corrupt and unjust. They are absolutely harmless, except for themselves and their progenies who are deprived of education, modern life and a decent future.

The story came to some media attention in Kerala recently, when Al Houthi militias captured Salman, a 42-year-old ‘exile’ from Malappuram district in Kerala. Salman, along with dozens of others, had fled the un-Islamic environs of Kerala and settled in Dammaj, ‘desperately seeking paradise’. Even though his wife and children in Yemen, and his other family members in Kerala and elsewhere made successful efforts to free Salman from the Zaidi (a Shia sect closer to Sunni Islam than all others) militiamen, he was reportedly not keen on returning to India. His migration to Yemen sprang from the imperative of Hijra, the flight from territories that are hostile or insufficiently Islamic and hence homecoming is almost blasphemous!

The emergence of Dammaj Salafis in Kerala represents arguably the final nail in the coffin of a social reform movement among Muslims in Kerala, which played a sterling role in bringing the community back into the mainstream of Kerala society and politics following the devastating violence and communal divide of the 1921 Mappila Rebellion. The Islahi or Mujahid Movement, founded by the likes of the great social reformer and freedom fighter Vakkom Moulavi, began its innings as ardent votaries of social amity, religious reforms, modern education and economic uplift. It was heavily influenced by the ideas of the Egyptian Islamic thinker and reformer Sheikh Muhammad Abdu (1849 - 1905), whose profound contributions to the reconciliation between Islam and modernity on the one hand and reason and revelation on the other remain unmatched to this day.

However, in the second half of the 20th century, the Islahi movement underwent three significant transformations, accelerating its metamorphosis from a social reform movement into a literalist Salafi organisation. One, a bunch of clerics with a limited theological and jurisprudential agenda monopolised its leadership. The few modern-educated people who came up the ranks, including professors, doctors, and engineers and so on, were retained as appendages beholden to the clerics. Two, the movement started depending increasingly on the Gulf countries, mainly Saudi Arabia, for money and religious legitimacy. Three, social reforms and educational uplift of the community gradually vanished from the agenda of the movement, with stale theological and jurisprudential hairsplitting and vituperative intra-Muslim polemics becoming its distinguishing characteristics.

The Islahi Movement is now divided into half a dozen splinter groups of varying sizes each claiming to be more authentically puritanical and rigid than the others. The history of this movement, which once used to be a source of hope for well-wishers of Kerala Muslims, has been a long process of backward time-travel — from the intellectual dynamism of Mohamed Abdu in late 19th century and early 20th century into the philistine barrenness of Sheikh Mohamed bin Abdul Wahab’s mid-18th century Arabia. The Dammaj Salafis are not quite happy with this for they believe the journey should have continued further back in time well into the 7th century.

The best way to kill a faith or culture is to restore it to its infancy. Retardation as a welcome manifestation of authenticity is a unique Salafi idea and the Dammaj version of it has produced a living example out of it.

Shajahan Madampat is a writer and cultural critic. He can be reached at shajahan98[AT]yahoo[DOT]com