Yusuf, a freelance photojournalist from Kashmir, was arrested on September 5 last year for his alleged involvement in “stone-pelting incidents”. 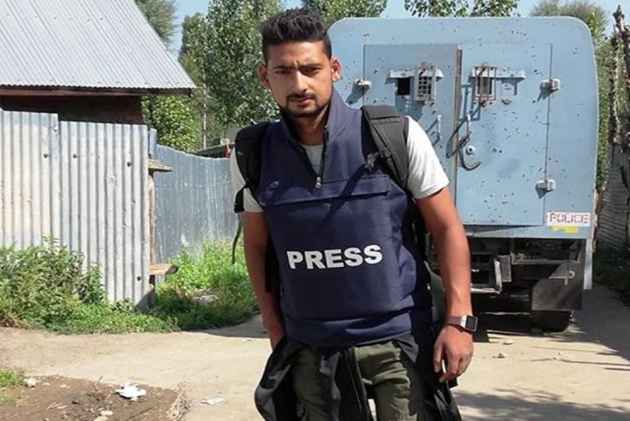 The National Investigation Agency (NIA), which is investigating freelance journalist Kamran Yusuf’s case, has listed the “moral duty of a journalist” in its chargesheet, observing that had he been a ”real journalist” he would have covered the activities and happening in his jurisdiction.
Yusuf, a freelance photojournalist from Kashmir, was arrested on September 5 last year for his alleged involvement in “stone-pelting incidents”.
The Indian Express reported that in the chargesheet, the NIA said: “Had he been a real journalist/stringer by profession, he may have performed one of the moral duty of a journalist which is to cover the activities and happening (good or bad) in his jurisdiction. He had never covered any developmental activity of any Government Department/Agency, any inauguration of Hospital, School Building, Road, Bridge, statement of political party in power or any other social/developmental activity by state government or Govt of India.”
The observations by the NIA are part of the chargesheet into the terror funding and stone pelting in the Valley filed on January 18 against 12 people, including Yusuf.  The documents were reproduced Thursday before additional sessions judge Tarun Sherawat during Yusuf’s bail hearing. The next date of hearing is February 19, the newspaper added.
The NIA also observed that Yusuf was not a “professional” because he did not receive training from any institute.
The NIA also speaks about the social work by the Army and para-military forces in the Valley such as organising 'blood donation camps, free medical check-up, skill development programme and Iftar party among others. "Kamran Yusuf had hardly taken any video of such activity and video or image of any such activity can rarely been seen in his laptop or mobile which clearly show his intention to only cover the activities which are anti-national and earn money against such footages," the NIA said.
The NIA had filed a chargesheet against the accused and 11 others, including Lashkar-e-Taiba chief Hafiz Saeed and Hizbul Mujahideen head Syed Salahuddin.The advocate appearing for the accused told the court that there was no evidence against the accused in the charge sheet.
"There is nothing in the chargesheet against my client. It only claims that he was in contact with other journalists but does not show any conspiracy with the other co-accused in the case," advocate Warisha Farasat, appearing for Yusuf, said.
"They are trying to gag the media through his custody. Now, the NIA is trying to teach what journalism means. This is just an abuse of the process of law," the advocate said.
The accused has sought the relief saying he was working as a journalist and his presence at various stone pelting sites was merely because he was covering those incidents. The NIA had earlier alleged in the court that the accused was acting as a conduit for those involved in terror funding.
"He (Yusuf) was working as a conduit to those raising funds and facilitating their motives. It was all part of a larger conspiracy," it had said.
The agency had alleged that Yusuf was an "active participant" in stone pelting and raising anti-national slogans and that there were some WhatsApp groups which showed he had links with the militant outfits.
(With PTI inputs)