The problem is not that the Railway Budget is a mixed bag. Most budgets are. The real problem is the inability to have a bold vision and to dream big. 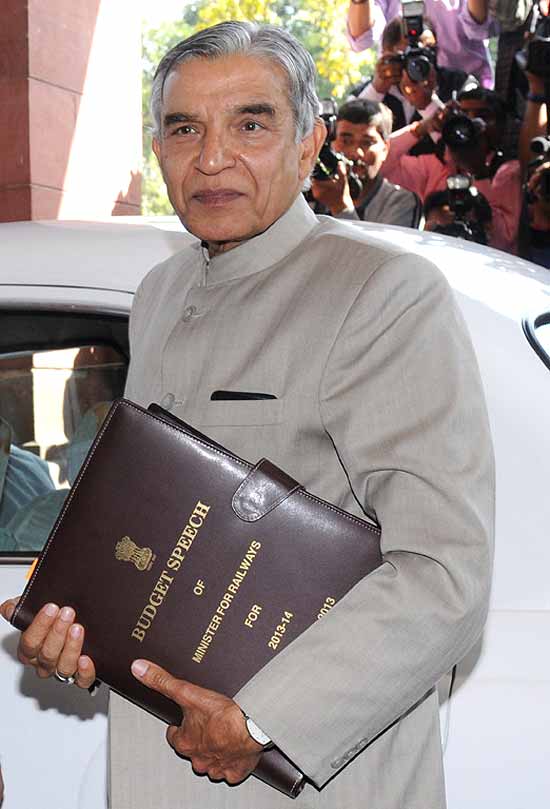 Hours before the union railway minister Mr Pawan Kumar Bansal presented the Railway Budget, I read an obviously hurriedly written post on the website Firstpost.com . The writer begins by admitting that while the first half of his life was spent travelling on trains, the second half of his life is completely dependent on air travel.

“Wild horses wouldn’t drag me to CST to board a train, say, to Chennai”, he added for good measure and went on to explain that it was because the trains are no longer the same.

They are, he wrote, dirty, overcrowded, unsafe. Toilets are unusable. The food is unhygienic. The staff rude and harried, stations bursting at the seams and “ you have no clue when your train will arrive, when it will leave”.

How would he know, I wondered, if he no longer travels by train ?

Even the second half of my life being dependent on trains, it set me thinking. Yes, I have spent several nights on the platform in winter, waiting for trains which were late by 12 hours or even longer. Yes, I have suffered from food poisoning after having a cup of tea at a railway station. Yes, the toilets stink, often because the passengers forget to flush them. And I confess having encountered cockroaches, and even rats, in some airconditioned coaches.

[Recently there was a news items about Rat biryani being served to passengers, which was of course contested by the railways]

But while getting porters at stations is still a nightmare ( why can’t the Railways think of letting out trolleys ?), I think the writer was rather unfair. By and large, the trains actually leave on time and often arrive before time, as I discover on my regular New Delhi-Chandigarh Shatabdi ( there are three pairs of them now every day except Sunday).

Most Express Trains including the Rajdhanis are cleaner than before and the facility to buy tickets on the Internet is a blessing. You can do it from abroad and pay through credit cards.

The waiting rooms are still crowded and even dirty ( The Railway Minister can actually think of levying a small fess and maintain them better). The merchandise , including food, that you can buy on the platform is rather limited in range and often stale and deficient in quality. There is a strong case for both pay toilets and free toilets on the platforms but only people who no longer travel in trains can be so totally blind to the improvements, I thought.

Mr Bansal’s budget speech reinforced that feeling. Despite a steep hike in freight charges last year, the railway minister informed that Indian Railways transported 38 million tonnes of goods more this year and 1007 million tonnes in all. Only the Chinese, Russian and the US Railways carry more freight. The minister disclosed that the Operating Ratio ( OR) for the first time in decades had come down to 88.8 per cent, which means that the Railways spends 88.8 paise for every rupee that it earns. There is more. All the 11 PSUs of the Indian Railways met their targets and declared highest ever dividend. Some of them have secured overseas contracts. Accidents have also come down and were the lowest in the last one decade.

That does not mean though that the Railways is in a healthy state. The minister conceded that there has been a revenue shortfall worth nearly Rs 8,000 crore, despite the hike in passenger fare and freight. He has been forced to reduce investment and confessed to be clueless how the Railways would be able to generate Rs 95,000 crore of internal resources in the next four years, as mandated for it in the 12th five year plan.

The revenue shortfall and the precarious financial health has not prevented Mr Bansal from announcing as many as 67 new express trains. He innocently informed that the number of trains in 2001 was 8897 but the number has gone up to 12,335 in 2012-13. One is not sure if adding new trains can secure either revenue or votes. On the contrary, they are likely to put far more pressure on the existing infrastructure.

There are of course vast areas of the country, which are still not connected by the Railway network. And the Indian Railways is too big and strapped for funds to provide the connectivity, which can potentially transform both lives and the economy of the areas. That is why it is important to explore the possibility of allowing state governments to run subsidiary railway services within their own states. Mr Bansal would have created a buzz by simply suggesting the idea. But he missed the opportunity by opting to play too safe.

Mr Bansal’s budget also fails to address the growing demand for a Railway Tariff Regulation Authority to fix fares. It provides few details on privatisation, save that PPP projects worth Rupees one lakh crore were being considered. The absence of details is sure to raise more suspicion than confidence about the intent.

It was also shocking to learn that there are 1.52 lakh vacancies in the Railways. While the railway minister gloats over the fact that 2.2. applications were received, indicating that the Indian Railways is a much sought after employer, he provided no detail about how many of them are critical posts and for how long they have been vacant.

I felt specially let down by Mr Bansal’s announcement that he has set aside Rs 100 crore for ‘modernising’ ( whatever that may mean) just three stations in New Delhi. Luxury coaches and ‘free’ wi-fi in select trains are the kind of casual, thoughtless sops that triggers a rise in one’s blood pressure.

Contrary to the Prime Minister’s defence of Mr Bansal’s budget as “forward looking”, it looks much more a safe and “status-quoist” budget. A pity, really.