Punjabi MPs have been elected for the first time from areas where there is hardly any Indo-Canadian community. 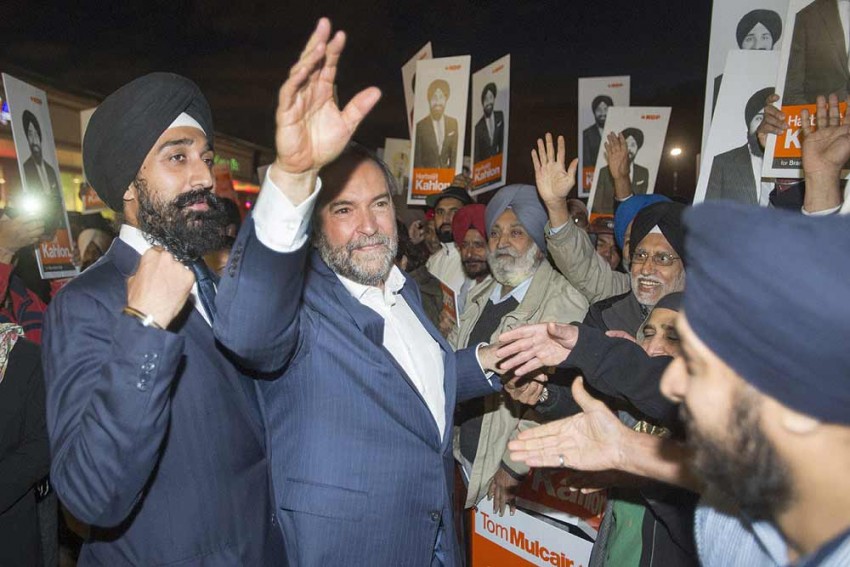 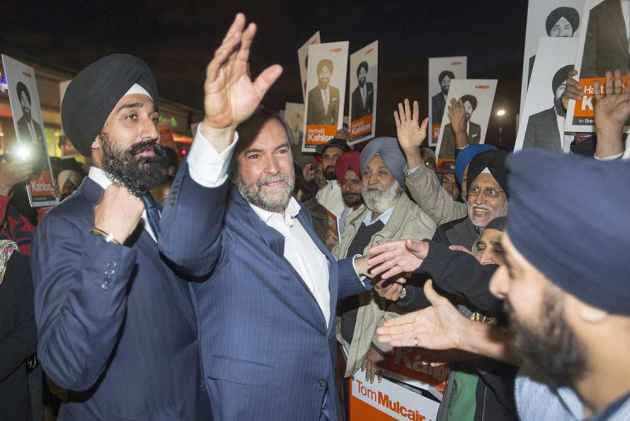 It is balle-balle time for Punjabis in Canada after their chak de phatte performance in the just concluded parliamentary elections.

After all, having 19 MPs - ?five turbaned and five women ?- ?in a House of Commons of 338 is no small achievement for a community which numbers just about ??half a million in a population of 35 million. Which means about 5 per? ?cent of new Canadian lawmakers will be Punjabi.

Indeed, Punjabis have already gone far within the last two decades - from having just one MP to 19 MPs in the House of Commons? - and there is speculation that the day is not far when one of them will become the prime minister of Canada.
?
"Of course, a Punjabi will become the Prime Minister this country in the coming years. I have no doubt about this,’’ asserts Nachhttar Singh Chohan who is the president of the Indian Trucking Association, based in the Punjabi-dominated city of Brampton on the outskirts  of Toronto.? ?

"Look, we had just one or two Punjabi MPs from all over Canada till 1997 and today we have 19. In our Brampton city where we Indo-Canadians make up more than 35 percent of the population, Sikhs have won all the five seats. The same thing happened in Surrey city in British Columbia. If you have so many MPs from the Punjabi community, I am sure someone among them will shine brighter and become the leader,’’ says Chohan who came to Canada from Punjab in the late 1980s and today owns a large fleet of trucks.

Ujjal Dosanjh, who created history in Canada by becoming the first non-white premier (equivalent to chief minister in India) when he won the top post in British Columbia province in 2001, doesn’t dismiss the idea. "Theoretically, anything is possible in Canada. Unlike the US or the UK, anyone can aspire to the top office in this country. Yes, a Punjabi can become the prime minister of Canada. But that person should be exceptional and many stars should align favourably,’’ says Dosanjh.? ?Constructing a hypothetical scenario, Dosanjh says, "Supposing after a few years, Justin Trudeau (the incoming prime minister) goes, and a Punjabi minister in his cabinet performs brilliantly. Then that Punjabi has a very good chance to get elected as the party leader.’’

Radio host Kuldip Deepak, who has run Canada’s first and longest-running talk show Punjab Di Goonj since 1978 from the Toronto suburb of Mississauga, doesn’t even blink when he says, "`Yes, there is every chance that Canada will have a Punjabi as it PM one day.’’
? ?
He says, "Back in the early 1990s, we never thought that an Indo-Canadian will become an MP. Then Gurbax Malhi got elected in 1993, and suddenly everyone started dreaming of becoming an MP. This election has thrown up encouraging trends for the Punjabis.''

And the most encouraging trend is that Punjabi MPs have been elected for the first time from the areas where there is hardly any Indo-Canadian community.

Even more importantly, most of the new Punjabis MPs are Canadian-born. Some are even bilingual - fluent in French and English which are the two official languages of Canada. "This is a good development because Canadian-born Punjabis have more acceptability in the mainstream. Being fluently bilingual is necessary if you aspire to be the prime minister of Canada,’’ says Dosanjh.

Interestingly, the fastest growing million-strong Canadian Muslim community has just 9 MPs in the new House.  The reason is that unlike Punjabis, the Muslims are a very diverse and widely spread community, and their numbers don’t translate into more MPs. The Chinese are even bigger, but they have even fewer MPs. "Why have Punjabis have succeeded disproportionately in Canadian politics? This is the question we often get asked,’’ says Nachhttar Chohan of the Indian Trucking Association.? "My answer is: Punjabis in Canada have succeeded disproportionately in businesses and enterprises because they are hard working and very aggressive. They have brought the same hard work and aggression to their politics and succeeded,’’ Chohan explains.

Chips in Punjab Di Goonj radio show host Kuldip Deepak, who knows the pulse of Canada’s Punjabi community better than anyone else, "The election of many young Canadian-born Punjabis as MPs this time will encourage Punjabi young men and women to take to politics in a big way. You will see many many more Punjabis as MPs, ministers, mayors and Councillors in the coming years.’’

Looks like the prime ministership of Canada is not beyond their grasp.

(Gurmukh Singh is a Toronto-based Indian journalist. He has previously worked for the Times of India in New Delhi and written for major Canadian dailies such as the Globe and Mail, National Post and Toronto Sun)