Justice Naveen Chawla disapproved of comedian Kunal Kamra's behaviour on flight and said it cannot be permitted on an airline. 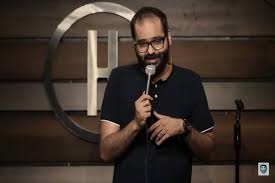 The Delhi High Court Friday declined to entertain stand-up comedian Kunal Kamra's plea challenging the flying ban imposed on him by Indigo, Vistara and other airlines for heckling journalist Arnab Goswami on board a flight.

Justice Naveen Chawla disapproved of Kamra's behaviour on the flight and said it "cannot be permitted on an airline".

The court also declined Kamra's oral plea for an interim direction permitting him to fly on any of the airlines.

The court said it was not going to entertain the matter as multiple causes of action had been raised in the petition.

Noting that the court had made up its mind not to entertain the petition, Kamra's lawyers -- senior advocate Prashanto Sen and advocate Ujjwal Anand Sharma -- sought permission to withdraw the plea and approach the appellate authority against the three month flying ban by Indigo's internal committee.

The court said if there was a delay by the appellate authority in addressing their plea for an interim relief, the comedian can move the high court.

Kamra, in his plea, had challenged the February 27 decision of Indigo's internal committee which had reduced to three months his earlier six-month flying ban.

He had also challenged the earlier indefinite ban by the other airlines -- Air India, GoAir and Spicejet -- as well as the most recent one by Vistara on March 13, as now he has been barred from flying on all the five major carriers in India.

His lawyers, during the hearing, urged the court to consider lifting the ban with respect to any one airline as irreparable damage would be caused to him if he is unable to travel for a show,
family occasion or a medical emergency, especially in the current scenario when due to coronavirus even rail travel has been restricted.

The court, however, declined to issue any interim directions saying the petition was not maintainable as there was an alternate remedy available -- of approaching the appellate authority -- and his behaviour in the flight was "not allowed".

Right at the outset, the court made it clear it was not inclined to entertain the matter as it did not approve of Kamra's conduct during the flight in question.

The court further said, "If an airline believes such behaviour cannot be allowed, then it cannot be."

The judge also said, "If you ask me, it is certainly not allowed. You cannot heckle passengers like this. Due to your actions, other passengers left their seats to come and see what was going on."

The court further said the petition had "mixed up" several causes of action, like challenging Indigo's internal committee decision and also Vistara's decision, leading to it becoming a "jumbo-mumbo".