After multiple complaints about late-night noises and drug use, a curfew at 10 pm was instituted in New York 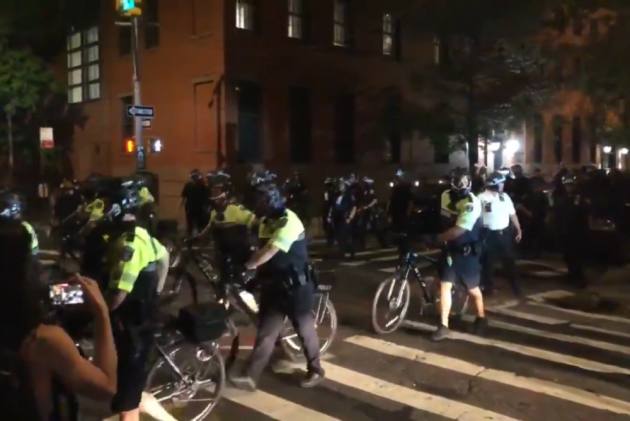 Twenty-three people were arrested in clashes with police officers enforcing a new 10 pm curfew in New York's Washington Square Park, police said Sunday. Videos posted on Twitter show a line of helmeted officers moving into the park to enforce the curfew Saturday night. Officers can be seen grabbing and pushing people as an order to disperse is announced.

A police spokesperson said eight officers suffered minor injuries while trying to clear the park. Most of the 23 people arrested were charged with disorderly conduct and given desk appearance tickets, the spokesperson said. The park in the heart of Greenwich Village has long been a scene of protests and vigils and is a popular gathering place for young people, including students from nearby New York University.

The NYPD has now moved into the village for no clear reason. pic.twitter.com/7m1aEYfJsU

— Read Parable of the Sower by Octavia Butler (@JoshuaPotash) June 6, 2021

The 10 pm curfew was first instituted during Memorial Day weekend after some neighborhood residents complained of late-night noise and drug use. The move was criticized Sunday by multiple Democratic mayoral candidates on social media.

A spokesperson for the city Parks Department said Washington Square Park will close at 10 on Friday, Saturday and Sunday nights until further notice. The park is open until midnight Monday through Thursday.

“Enforced closures are focused on addressing large after-hours gatherings, amplified sound, the excessive trashing of the park, and other conditions on weekends,” the spokesperson, Crystal Howard, said in an email