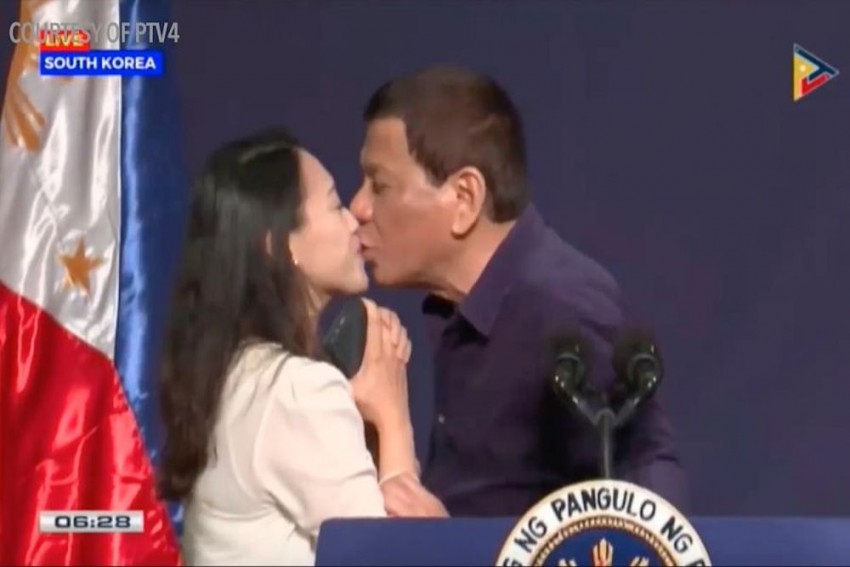 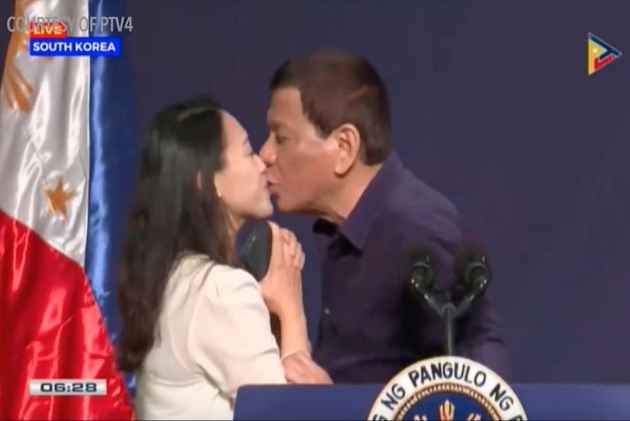 During the appearance late on Sunday in front of a mostly Filipino crowd, Duterte called the woman onstage and pointed to his lips.

"Come here! Where's my (kiss)," Duterte said, instructing her to explain to her husband -- after learning he was not among the audience -- that they were engaging in a "joke".

"Don't take it seriously. It's just for fun, a gimmick," Duterte later told the crowd, who mostly shrieked in apparent approval.

But the women's rights political party Gabriela in a statement denounced Duterte for his "perverted way of getting back at his women critics".

"Gabriela views President Duterte's recent kissing of a migrant Filipina during his meet-and-greet with Filipino (workers)... As the disgusting theatrics of a misogynist president who feels entitled to demean, humiliate or disrespect women according to his whim," it added.

He labelled the now-ousted head of the nation's judiciary, Maria Lourdes Sereno, an "enemy" before her colleagues on the Supreme Court sacked her last month.

Duterte critic Senator Leila de Lima is behind bars on charges she insists are politically motivated after battling with the president.

In this case, the unidentified woman told the state-run Philippine News Agency in an interview that "there was no malice" to what the president did.

Duterte, who has a daughter by his current partner after splitting from his wife, is wildly popular at home but has angered many Filipinos for his allegedly misogynistic comments.

In the 2016 presidential election campaign Duterte sparked controversy over comments made on the rape and killing of an Australian missionary during a prison riot in the southern city of Davao in 1989 while he was the mayor.

"What occurred to me was they gang-raped her," he said then. "I was angry because she was raped. But she was so beautiful the mayor should have been first. What a waste." In February this year he told a local audience foreign women did not attract him because they have a "queer odour" unlike Filipinas who were "fragrant".

A day later while meeting a group of former communist rebels Duterte joked he would have specific orders for how the military would treat female guerrillas.

"We won't kill you. We will just shoot your vagina so that if there is no vagina, it would be useless," he said.