Peugeot Rides Into India For The Second Time In Ambassador

C.K. Birla group, owners of Hindustan Motors which produced the iconic Amabassador car announced that they have sold the brand to French automobile maker Peugeot. 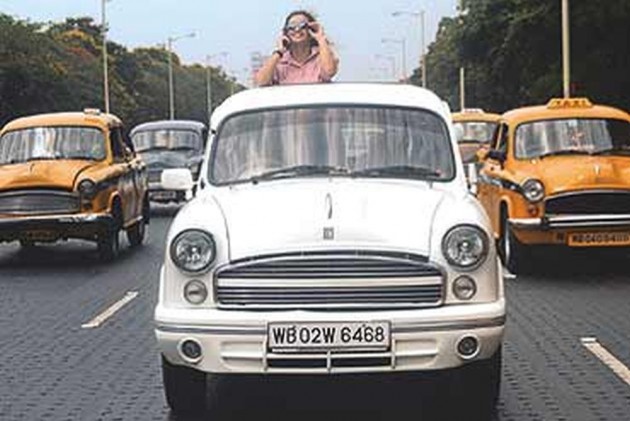 It's nothing less than the end of an era. It's final curtains to India’s iconic and the last truly indigenous car Ambassador. On Friday, the C.K. Birla group, owners of Hindustan Motors which produced the iconic Amabassador car announced that they have sold the brand to French automobile maker Peugeot.

Though the C. K. Birla group had stopped manufacture of the Ambassador since 2014 due to decreasing sales and mounting losses, till a decade ago, it was the choice of car for a generation of Indian car users and was the official government vehicle and before that had carried several Presidents and Prime Ministers in India. It had become a symbol of chauffeur driven elitism in India.

French Automaker Peugeot will pay Rs 80 crore for the brand most of which according to the C. K. Birla Group will be used to pay back dues of the company. This is Peugeot’s second entry into India. The company recently signed an agreement with the C.K. Birla group for a plant in Tamil Nadu.

The Ambassador car was introduced to the Indian market in the late 1950s when Hindustan Motors re-launched the Morris Oxford series with minor changes and production commenced in Hindustan Motors Uttarpara factory in West Bengal.

The Ambassador was, for a long time, a status symbol in India and in the 1960s to 1980s ruled the Indian roads being the only big luxury car available in India along with Premier Automobiles’ Premier Padmini and was more often the most preferred of the two in an era where the choice was limited to just two or three vehicles. It was the choice for businessmen and politicians alike.

Though not really great in looks and design, the car was known for its spacious interiors and comfortable ride, which was tailormade for Indian roads. It dominated the Indian roads with pride till the fledgling Maruti 800 came in as India’s first people’s car and dethroned it from its royal position in the late 1980s. Even after that, the Ambassador was seen in Indian roads, especially in cities like Kolkata as the default car for taxis where it is still seen in decent numbers. The Ambassador also has the distinction of introducing the first diesel and air-conditioned cars in India.

Towards the end of its life, with global automobile companies entering Indian shores, people’s choice had moved to other swankier models from other companies and the Ambassador’s sales fell from over 20,000 in the mid 1980s to a little over 2,000 in 2013-14 when the curtains were drawn down on its production. A few makeovers of the iconic car did not cut ice with buyers who in the face of feature and design rich models from other companies, did not opt for the quintessential Indian car.

Despite its demise, the Ambassador will still be remembered by many as the best Indian car the country has ever seen and something that Indians yearned to own.