'Pandher Did Not Know About The Murders'

'Pandher Did Not Know About The Murders'

The much awaited first CBI chargesheet in the horrendous serial-killings of women and children in Nithari was finally filed today, but it left the parents and baffled observers filled with shock and disbelief. Because the CBI, which took over investigations from UP police in January, virtually gave a clean chit to businessman Moninder Singh Pandher by saying that he was "not aware of the fact that his manservant Koli was killing people in the house. He was also not aware of Payal's murder."

Pandher has thus been absolved of rape and murder charges and now faces only conspiracy charges and certain sections of the Immoral Trafficking Act while his domestic servant, "psychopath" Surinder Koli, has been accused of committing all the murders, rapes and kidnaps.

60 year-old Pandher has only been charged with procuring call girls, indulging in prostitution, bribing police officials and destruction of evidence of offences committed by Koli in the chargesheet filed by the CBI in a Ghaziabad court today.

Why The Clean Chit?

The CBI faced a flurry of questions about why it was giving a "clean chit" to Pandher and how was it that he was not aware of all the grisly killings in his house in Noida on the outskirts of Delhi. Joint Director Arun Kumar admitted that though it might seem surprising, yet he maintained that the fact remained that Pandher was not in his house when Koli committed 16 murders, nor was he aware of the murders. 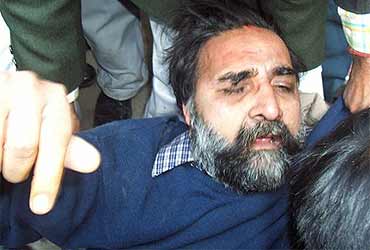 It is this which seems difficult to digest. Because many in the CBI itself are not willing to believe off-camera that Panher could not have known anything of what was happening in his house.

The CBI press-conference sent shockwaves among the people of Nithari who are contemplating petitioning President A P J Abdul Kalam on the ground that the agency was "protecting" Pandher.

While the charge-sheet filed today is only in connection with the disappearance and murder of a call girl Payal, who had gone missing in May last year, Arun Kumar of the CBI specifically stated that "so far as the investigations in majority of cases goes, he (Pandher) has not committed the murders, but his role in two other cases is still under investigation."

Kumar said that though it might sound surprising, but Pandher was mainly out when the murders have taken place. "On two occasions, he was in and around Australia; during the time of nine other killings, he was out of Delhi; and five other times he was no where near Nithari," the CBI official said, adding all this was found through the mobile phones which were used by him for making calls on the ill-fated days.

Koli Suffers From Necrophilia And Necrophagia

The CBI, said Koli was a necrophiliac— one who is interested in having sex with dead bodies— and suffered from necrophagia, a disorder in which a person eats human flesh. 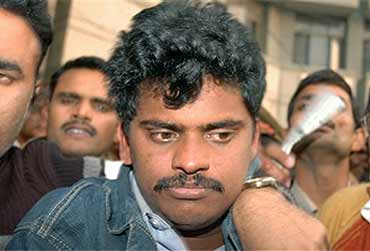 Giving some details of the investigations, Kumar said these pointed to the murder having been committed by Koli. He said Koli had confessed to having eaten flesh of his victims on two instances, after cooking it in a pressure-cooker and that he admitted to having eaten the raw liver of a child.

Giving details of their investigations supported by the findings of forensic and other experts and lie detector tests conducted on the two accused, Kumar said Koli had confessed to have killed at least 16 people. "This case is blind and we have to depend on his confessional statement given before the magistrate," Kumar said.

The investigating agency said Pandher was dependent on alcohol and regularly solicited women for sexual pleasure, but was not a psychopath. In a strange modus adopted in the investigation of this case, Kumar said Koli was provided with a body at the AIIMS hospital. "He gave a live demonstration about how he used to cut the cadaver, dismembered the bodies and dispose them off. We have video-graphed this and this is a good evidence," he said.

Skeletons were found in this drain outside Pandher’s house

Pandher Had Hired A Detective

Kumar claimed Pandher had no inkling about the murders and had even employed a private detective agent to track down Payal, a call girl with whom he had an intimate relationship, who was allegedly killed by Koli.

He said Koli broke down during interrogation after they showed him the mobile phone of Payal, which he had used for some time after murdering her.

About today's chargesheet, the CBI said Koli has been charged for abduction of Payal through deceitful means, raping and murdering her, misappropriation of the mobile phone, purse and the money in the purse of deceased after murdering her, disposal of her body and destruction of evidence.

Pandher, owner of the house, has been charged with procuring call girls including Payal and indulging in prostitution along with his friends in his house using it as a brothel and thereby commission of offences under Section 3 and 5 of the Immoral Traffic (Prevention) Act.

Both Accused Subjected To Tests

Both the accused— Pandher and Koli— were subjected to polygraph test, psychological assessment test, brain mapping and narco analysis test.

They were also subjected to forensic psychiatric assessment tests by a Board of Psychiatrists and Psychologists and Forensic Medicine Experts and the Board opined that accused Koli is suffering from Necrophilia and Necrophagia. "He does not suffer from psychotic disorder or any other psychiatric illness except for necrophilia, a type of paraphilia, a sexual perversion disorder. He was fully conscious at the time of the alleged commission of crime and also aware of the consequences of the act. The Board also opined that there is nothing to suggest from the assessment that he is not fit to stand the trial," Kumar said.

Regarding accused Pandher, the Board opined that he does not suffer from any psychotic disorder or any other psychiatric illness.

According to the Kumar, Koli made a voluntary confession before Metropolitan Magistrate, New Delhi admitting having called, strangulated, raped and murdered Payal and disposed off her dead body in pieces.

What is significant once again in Kumar's press-conference today was when he also asserted, "Surendra Koli in his statement before the judicial magistrate has not taken Pandher's name as being involved in crime.".

He also, according to the Kumar, admitted to having allured 15 more women and children during the period February 2005 and November 2006, strangulated them, attempted to rape and raped them and killed them and disposed off their dead bodies.

Biological materials recovered from the premises included intestines, liver, kidneys, abdomen parts and other various body parts and according to investigation and expert opinion no evidence of organ trade is found to be involved. Role of other police officers is being investigated into, Kumar said.