Lahore based Pakistani scholar and activist thinks that 'In the beginning the state was fundamentalist but now the wider society has become increasingly fundamentalist'. 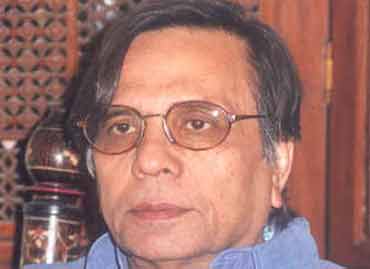 outlookindia.com
-0001-11-30T00:00:00+05:53
Lahore-based Mubarak Ali is a leading Pakistani scholar and activist. He has taught History at the University of Sind, and is presently the editor of the Urdu quarterly Tarikh. He talked to Yoginder Sikand on Islam and militancy in contemporary Pakistan.

What do you feel about the current talk of madrasas emerging as centres of 'terrorism' in Pakistan?

Much of this talk is exaggerated, I must admit. On the whole, the madrasas create narrow-minded, sectarian students but not terrorists. Not all the Afghan Taliban were madrasa-educated. They also included young people educated in modern schools or colleges. They were influenced by the television, radio, newspapers and textbooks. During the Russian occupation of Afghanistan, the Americans motivated madrasa students to engage in armed jihad and prepared for them special textbooks which glorified 'holy war'. Then, when Mulla Omar took power in Afghanistan, he encouraged the madrasa students to come to his help. During this period they were militarily trained and fought for the new regime in Afghanistan.

How can madrasas be suitably reformed?

In Pakistan even the modern educational system is like the madrasas as far as the curriculum is concerned. The only way out is to radically change and reform the curriculum and introduce the teaching of social sciences. Instead of doing this, our government is focusing on the introduction of the natural sciences in the madrasa syllabus and is also providing them computers. I think this is a useless exercise. It is the social sciences that make people to think and helps them open their minds, not the natural sciences.

What are your views on how the Musharraf government has gone about dealing with the madrasas?

The Musharraf government lacks a proper vision as far as education is concerned. Musharraf is trying to please both the Americans as well as the mullahs. He is attempting to register the madrasas, but this is being resisted by the mullahs and he has no courage to defy them. I think that the best way out of the dilemma is to establish faculties of theology at the college and university levels and to abolish the madrasa system altogether.

What are your reflections on the possibilities in Pakistan today of developing new ways of understanding Islam to seriously take into account issues such as democracy, human rights, women's rights, religious pluralism etc.?

As I see it, day by day Pakistan is becoming more fundamentalist. In the beginning the state was fundamentalist but now the wider society has become increasingly fundamentalist. Every mullah is free to issue any fatwa he wants. Rich people in Pakistan prefer to give donations to a madrasa or a mosque rather than to an organization working for social development. Dictatorship and 'feudal democracy' have disappointed the people, and economic hardship and social problems are forcing them to take refuge in religion. There is little hope for a real people's democracy in Pakistan today. The Army is powerful and has increased in size, consuming more and more of the country's resources, leaving little for the people. As the nature of state has changed in accordance with the interests of the ruling classes, there is shocking lack of respect for human rights. State institutions treat people as subjects and not citizens. In such a situation, in a backward society, the interpretation of religion is also backward. In presence of Hudood ordinance, women are denied their rights. The religious minorities are often made victims of the blasphemy law. There is little effort being made to develop new Islamic perspectives on issues of contemporary concern.

What are your views on the current relations between Muslims and the West, and on the emergence of Islamist radicalism?

There are several complex reasons for the emergence of Islamist radicalism and anti-West feelings among large sections of the Muslim community. What has happened, and is still happening, to the Muslims in Bosnia, Kosovo, Chechnya, Palestine and Kashmir etc. has convinced people that there is a conspiracy against the Muslims by the Christians, Jews and the Hindus. And so, growing numbers of Muslims feel that the way out is to adopt the path of 'holy war', turning their backs on dialogue. Widespread poverty and economic backwardness is another reason, leading to the feeling of extreme helplessness among many Muslims. Acts of violence provide them some 'satisfaction' that they can terrify even their powerful 'enemies'.

Yoginder Sikand is currently engaged in a post-doctoral research at the International Institute for the study of Islam in the modern world, Leiden, the Netherlands. He also edits a website on related issues.

A Phone Call From Hell