Our Real Enemies Are Abroad?

Developed countries make Indians fight with each other on caste and communal lines, operating through their agents, which include many of the political parties in India. 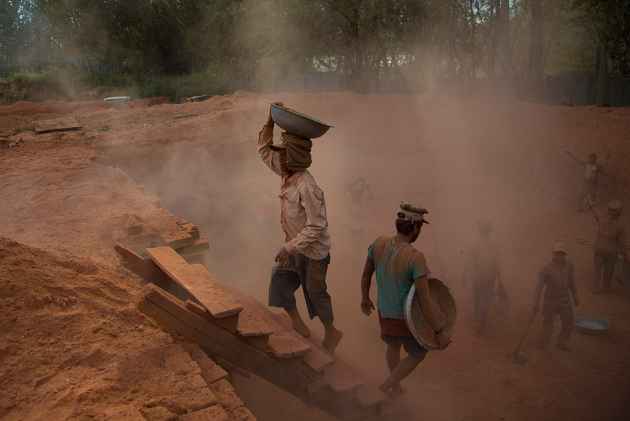 Everything seems to be going topsy turvy in India. The state institutions (Parliament,Executive, Judiciary) seem to have become hollow and empty shells, while the economic crisis is building up (unemployment, price rise, malnourishment, etc).

Ban-politics, intolerance, etc are being promoted by certain vested interests, caste agitations like the Patel agitation, killings of dalits, as in Faridabad, are going on, and the situation is very turbulent. What is really going on?

On the face of it, it seems that political parties are fighting for political power by polarising society and appealing to their caste and religious vote banks. But in my opinion that is only a superficial understanding. There are much stronger undercurrents which need to be understood.

India today is potentially a super power, like China. India today is not the India of 1947. As long as we were under British rule we were not allowed to industrialise, and the British policy was to keep us backward and feudal, because if we industrialised we would become a big rival to British industry. So only some light industries like textile and plantation industries were allowed, and many of these, too, were under British owners. We were not allowed to set up a heavy industrial base with iron and steel mills, etc. Upto 1947 we had very few industries and very few engineers.

This situation drastically changed after independence, when a heavy industrial base was built in India and many engineering colleges like IITs were set up. Consequently today we have a huge pool of engineers, managers, scientists, etc. and with our huge natural resources we can soon become a modern industrial power if correct policies are pursued.

China had a revolution in 1949, and the leaders who came to power rapidly industrialised China . They set up a massive industrial base which coupled with their cheap labour (cheap as compared to Western labour) enabled the Chinese to capture much of the market in consumer goods in Western countries. Many of the supermarkets in Western countries are flooded with Chinese goods, which often sell at less than half the price of goods made by Western manufacturers (because the Chinese labour is much cheaper).

The cost of labour is a big chunk of the total cost of production, and so if the cost of labour is less one can sell at a cheaper price, and thus undersell one's business rival. Indian labour is even cheaper than Chinese labour, and so if we become a highly industrialised country, of which we today have all the potential, the Western economies, which are already reeling under a prolonged recession, will suffer a massive setback.

So what do the developed countries do to prevent this? They make Indians fight with each other on caste and communal lines, operating through their agents, which include many of the political parties in India. Partition of India in 1947 was also part of this design.

So our real enemies are abroad, not inside India. Unless we understand this we will never know what is really going on.