Where God Failed In Kerala, Modi And Shah Succeeded

At the root of the whole divisive BJP politics is its barely concealed design to marginalise, disenfranchise and intimidate the Muslims in the country. 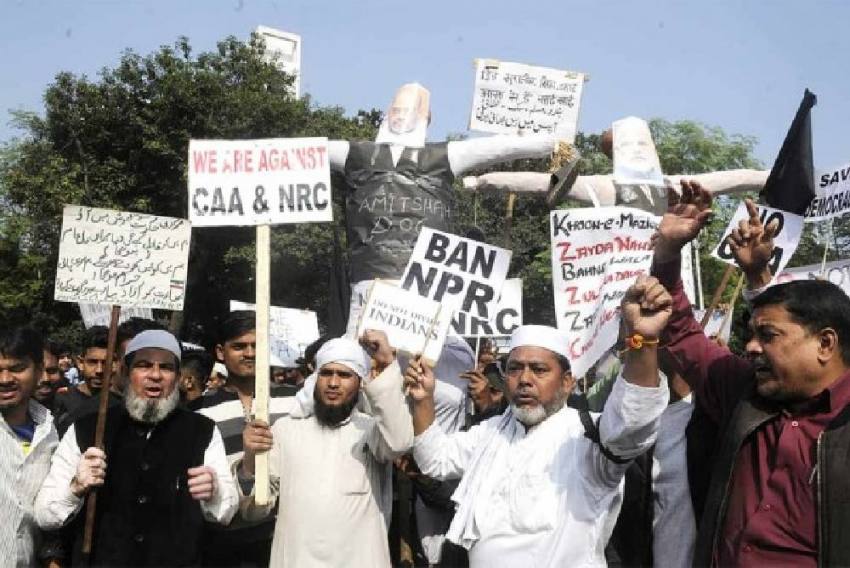 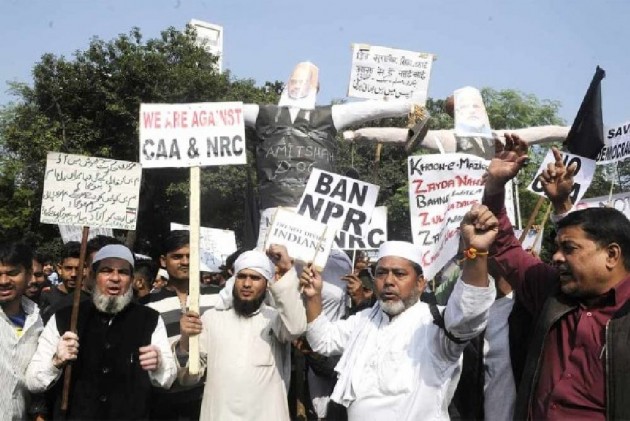 People familiar with Muslim religious and political organisations in Kerala and their endless internecine rivalries used to joke that even God would fail if He tried to bring them together.

There are dozens of Muslim social, political and religious outfits in the State. Of the religious organisations among them, they belong to three distinct theological persuasions – customary, Salafist and Islamist. Although they number in double digits, the internal differences among outfits belonging to each theological persuasion are rather minor, and more a result of personality issues than conceptual schisms.

The hostilities among them are so intense that the leaders and followers of most of them rarely maintain social relations with those of others; would not attend even funerals. In fact, one of the largest religious outfits among these came into being primarily because it believed that even normal social relations (including extending Salaam greetings) with the Salafis and Islamists were a taboo.

Also Read: Noose Around Our Necks

The good news is that where God failed, Modi and Shah succeeded. This writer consistently criticised these outfits for their undemocratic and hostile public culture where healthy maintenance of differences was impossible. For the first time in my life, I now have the opportunity to commend them all for rising to the occasion and closing ranks in the larger interests of the community and the country.

The dozens of Muslim outfits in Kerala last week came together, setting aside their differences and animosities, and declared the launch of a massive joint movement on January 1, 2020, against the Citizenship Amendment Act (CAA) and National Register of Citizens (NRC).

These groups together constitute almost the entirety of the Muslim community in Kerala. What is remarkable about their initial statements on their agitational plans is the total lack of a confessional, sectarian tone. They all invoked in their public statements the one sacred document that they believed would ensure their future in the Republic as equal citizens with guaranteed rights – the Constitution. They made it clear that they would work closely with all the democratic forces in the country fighting for the protection of India’s secular, pluralist and democratic fabric.

Also Read: Religion Cannot Be The Basis Of Citizenship In A Secular Nation

Now the question is whether this development is reflective of a widespread sense of fear and insecurity within the community because of the policies of our majoritarian government? Fear had indeed been a predominant emotion in the minds of a large number of concerned citizens, including the Muslims. Starting with Advani’s Rath Yatra in the 1980s, this sense of consternation had only been increasing over time, reaching its peak when Narendra Modi became the Prime Minister in May 2014.

What sets this decisive moment in our political history apart from all such moments in the past is the shedding of fear and the realisation that if we do not protect our Republic now, we will lose everything we gained since independence, forever.  It is the pitting of the purest sense of patriotism against a venomous variety of religious nationalism, hollowing out the cultural wellsprings of the world’s most innovative project of pluralism. Fear and insecurity have finally been replaced by a determination to stand up for what is right and morally and ethically non-negotiable.

This writer sought a statement on the united protest by Muslim outfits from Dr. AP Abdul Hakkim Azhari, Secretary, Sunni Yuvajana Sangham. This group is one of the most powerful in terms of mass base and arguably one of the most rigid in terms of social insularity from the other groups. Dr. Azhari’s office sent me the following statement, which succinctly sums up the overall mood in the community.

“This is a juncture when people together stand up against the CAA and NRC irrespective of religious or sectarian differences. Kerala is a fabulous model where everywhere people together protest against the contentious laws peacefully. The ruling LDF and the Opposition UDF appreciably stand shoulder to shoulder. All those who want to ensure the protection of our constitution and a pluralistic future for our nation should follow the Kerala model of protests.”

There is indeed a well-intentioned argument that the issue should not be seen in terms of the threats it poses to the Muslims in India and that it should be framed in a larger perspective. This is definitely a valid point, but difficult to translate into ground reality. At the root of the whole divisive politics played by the BJP is its barely concealed design to marginalise, disenfranchise and intimidate the Muslims in the country.

Therefore, it is natural that the response to that politics would reflect their distinctive voice. So long as their views are expressed in constitutional terms and not in confessional rhetoric, it is absolutely in sync with the imperatives of democratic politics.

Asking the Muslims to invisibilise themselves any further would be to give the Sangh Parivar their pet wish on a golden platter. As an inalienable and integral part of the polity, they have every right to stand up against a regime of persecution, whose primary victims they happen to be.

(The author is a cultural critic and commentator writing in English and Malayalam. Views expressed are personal)

'Deeply Troubling': US Presidential Candidates Back Pramila Jayapal After Row Over Meeting With S Jaishankar