The Traitorous People of Delhi Who Chose Pakistan Over India

They have elected forces that, according to a BJP MP, could have let loose rapists into every home in the national capital. What kind of a people are the Delhites, asks Shajahan Madampat. 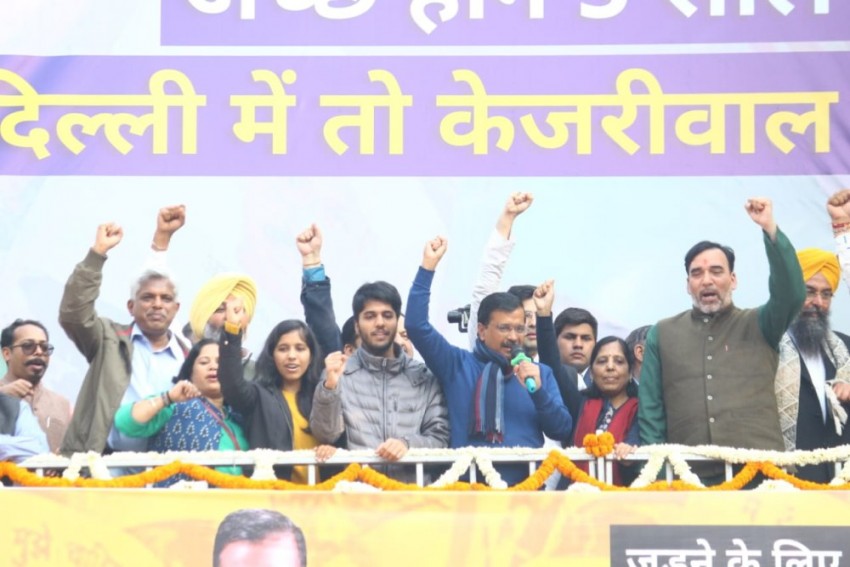 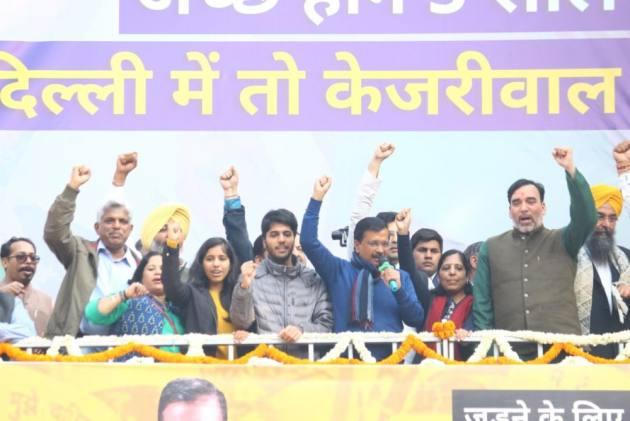 Delhites are a weird lot. Unknowable would be the right word. They overwhelmingly voted for BJP candidates in the general elections in May 2019. So clearly, they wanted a Hindu majoritarian dispensation at the Centre. Had Narendra Modi been projected as BJP’s chief ministerial candidate, they would have voted him and his party to power in Delhi. In spite of such passionate Bhakti for Modi, they have now rejected all the great truths Modi and his cohorts told them during the election campaign. Look at what they have done!

They have elected forces that, according to a BJP MP, could have let loose rapists into every home in the national capital. What kind of a people are the Delhites who voted for potential rapists or patrons of rapists? How could they ignore Parvesh Verma’s heartfelt plea that they should preempt the potential rape of their women and the loot of their homes by voting BJP candidates? Only Modi and Shah could protect them against the barbarians, he averred. As if to say that Modi and Shah will ask the Delhi Police, under their full control, to protect the Delhites from rape only if they voted BJP to power!

In order to make the people of Delhi acutely aware of the dire consequences that awaited them if they voted for AAP, he asserted: “We all know what jihad is. Jihad is to convert all non-Muslims to Muslims. This is what they did in Kashmir. Wherever slogans of jihad will be raised, the outcome will be the same. What happened in Kashmir can happen in Delhi too. And people of Delhi are also aware of it.” Despite such unambiguous warnings from a well-meaning, outspoken people’s representative, the ungrateful voters of Delhi chose to crown a proven terrorist as their chief minister.

It is not this writer’s misguided surmise that Kejriwal is a terrorist. One of India’s great patriots and a highly respected minister in the Central Cabinet, Prakash Javadekar, said not only that Arvind Kejriwal was a terrorist, but also that there was plenty of evidence corroborating the fact. Try replacing Amit Shah with Javadekar as the home minister; the Delhi Chief Minister would be in Jail the next day and will languish there for the rest of his life. Of course, all Indians not supporting the BJP are anti-nationals, but the Sangh Parivar never called them all terrorists. When a cabinet minister in Modiji’s cabinet says someone is a terrorist, it must be not only true, but questioning the veracity of it is tantamount to sedition.

The win of AAP also proves beyond any shadow of a doubt that the people of Delhi are determined to prevent India from becoming a superpower. What a shameless lot! “The protests happening at various places in Delhi are not because of the Citizenship Amendment Act. They are happening because these people want to prevent India from becoming a global power,” declared Yogi Adityanath in his election speeches. Delhites should have listened to him and acted in accordance with his commands because he is not just the chief minister of a state, but a saint and holy man.

Many other patriots warned that a win for AAP would make Pakistan rejoice. “Pakistan will be pleased if you vote for Kejriwal,” a leader of the BJP’s women’s wing, Sukhpreet Kaur, told a huge gathering during the campaigns. If Prakash Javadekar’s assertion that Kejriwal is a terrorist is true (it is true, period), then, of course, Pakistan will erupt in exhilaration since that country’s entire population is jihadi and terrorist. That is precisely why Anurag Thakur, the minister of state for finance and patriot par excellence, shouted: “desh ke gaddaron ko” to which the crowd responded, “goli maro saalon ko” (shoot down the traitors).

The tragedy was that only two brave sons of Mother India took heed and did as the minister ordered – in Jamia and Shaheen Bagh. It now looks like Anurag Thakur will have to shoot down almost the entire population of Delhi in order to rid India of traitors. It was indefensibly audacious on the part of the seditious majority of Delhi to treat disdainfully the truthful words of Modiji and his patriotic sidekicks and choose freebies over the dignity of Mother India. If not God, the Delhi Police will punish them in the days to come.

All we can do is to pray that the people of Delhi will soon relinquish their utter disregard for India and grow tired of the agents of Pakistan (mind you, they were serving Biriyani, no less, to the traitors in Shaheen Bagh). These agents of the enemy may continue to bamboozle them with free power, free water, free transportation, and even free BIRIYANI, but the Delhites must realize that it is in their city that Nathuram Godse made the ultimate sacrifice for the nation not long ago.