As the Government of India endeavours to resolve militant issues in the North- East India in its bid to usher in peace and development, the long pending issues of the Kukis deserve the Government’s attention as well. 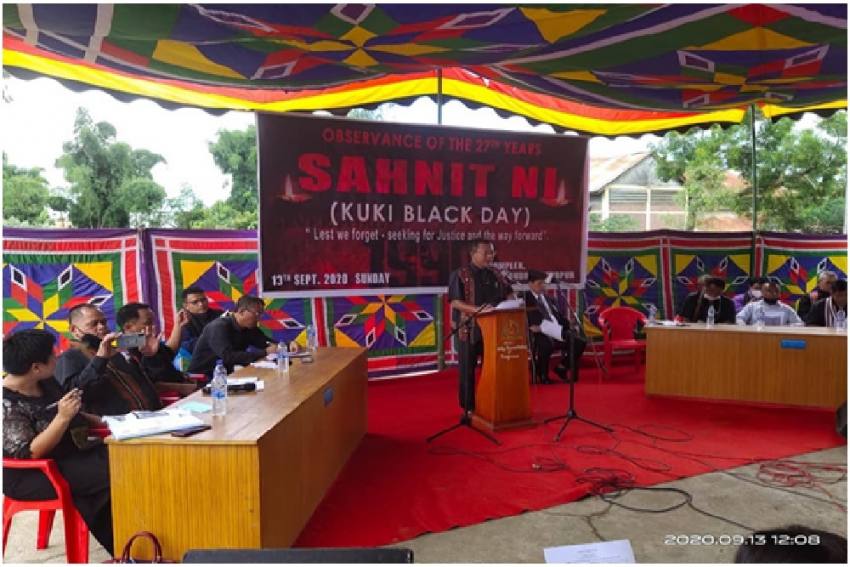 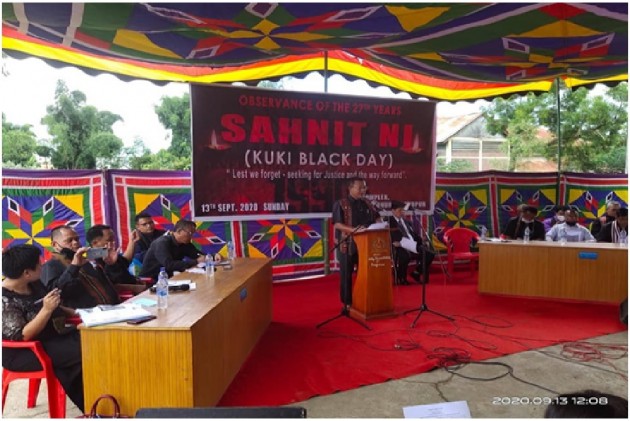 The year 2020 thus far has been a rough year for everyone. While people are busy acclimatizing themselves to the new normal, somewhere in the corner of the country, the villagers of Joupi, Janglenphai, and the surrounding villages in Tamenglong District of Manipur, silently wiped away their tears, perhaps much more in exasperation for the failure in the deliverance of justice to them than the unthinkable fate of having their beloved fathers, brothers, and husbands being butchered right in front of their eyes.

13th September every year has been observed since 1993 by the Kuki people as a tribute to more than a thousand innocent Kukis killed allegedly by the NSCN (National Socialist Council of Nagaland) IM; 103 people on the 13th of September 1993 alone. The 103 Kukis were killed while on their way, as they left their villages after being served quit notices (an order to leave their homestead) by the Manipur Naga rebels. The NSCN IM's agenda of taking the lives and lands of Kukis to stake claim for their greater Nagalim dreams have resulted in the loss of more than a thousand innocent Kuki lives including women and children.

In as much as the observance of Sahnit Ni is about remembering the departed souls, who were mercilessly killed just because they were Kukis and they have lands, it also concerns the noble quest of demanding justice to the victims of the NSCN IM massacre. ‘Sahnit is a sacred tradition of the Kukis, wherein the observance lasts until justice is delivered. In the case of the Kuki people, the justice we demand is that the victims and their families should be physically, emotionally, and economically rehabilitated and criminal proceedings have to be initiated against the perpetrators for their gruesome genocidal acts,’ said a Kuki Inpi Leader.

Some of our past conventions are placed here :

The 27th Sahnit Ni (Kuki Black day) was observed in all the Kuki villages in Manipur and different cities in India with the theme, ‘Lest we forget- Seeking for Justice and the way forward.’ A programme was held at Kuki Inpi Churachandpur, organised at the memorial site where monoliths were erected on the occasion of the 25th years of Sahnit Ni in 2018. In the event, the Kuki Chief Association paid a gun salute to the thousand massacred Kukis. Pu Khaimang Chongloi, President Kuki Inpi Manipur (KIM) delivered a brief speech on the significance of ‘Sahnit Ni’ and gave a rundown of how Kuki Inpi has been relentlessly pursuing justice for the victims of Kuki Black Day. Pu PS Haokip, President of Kuki National Organisation(KNO)- a conglomerate of 17 Kuki militant organisations, narrated how the Kuki people, who have a rich history of fighting the British during the Anglo-Kuki war 1917-1919 and who aided Subhash Chandra Bose's INA in the Indian Freedom Movement were caught unawares by the onslaught of Tangkhul led NSCN IM.

Undeterred by the pandemic, the Kuki Welfare Association and Kuki Students’ Organisation Mumbai organized a virtual programme to observe Sahnit Ni 2020. Professor TT Haokip of NEHU, Shillong graced the programme as a resource person. Speaking on the theme, Dr.TT asked the 76 online attendants to imbibe a sense of love and unity.

The Kuki Students Organisation Pune organised a webinar to observe Sahnit Ni 2020 from 15:00 hrs to 17:00 hrs on 13th September 2020. Pu Rev. Onkho Haokip, the guest speaker for the day, explained how the observance of Sahnit is a non-violent traditional practice of the Kukis to seek justice for unnatural deaths and put to rest the conspiracies hatched by a few people that Sahnit Ni is a day of spreading the message of enmity and vengeance.

Under the aegis of Kuki Inpi Meghalaya, the Kukis in Shillong too observed the 27th Sahnit Ni 2020. The virtual programme was attended by around 100 participants. Honorary Captain Jamkhai Chongthu delivered the Sahnit message, briefly narrating the significance of the Kuki Black Day. A one minute silence was observed to pay tribute to those innocent Kukis massacred on the 13th of September 1993 as well as the more than thousand Kukis killed from 1992 to 1997, which is also infamously known as ‘Ethnic cleansing’ or ‘Genocide’ of the Kukis by the NSCN IM. Pu Pastor Seiminthang Chongloi of Kuki Worship Service Shillong rendered the benediction to seek God's intervention to bring justice to the Kukis and to reform, reunite and revive them spiritually and physically.

Pu Rev. Lamkeng Lhouvum, who is one of the victims’ families of Joupi and Janglenphai incident on 13th September 1993, spoke as a Guest speaker at Sahnit Ni 2020 organized by Kuki Students’ Organisation Hyderabad. The Kuki Baptist ConventionPastor narrated the whole incidents of the massacre in detail and expressed his displeasure over how Kuki society has of late embraced clannish politics and said, ‘the enemy didn’t selectively killed any particular clan.

‘How to convert Black Day to White Day' was the topic which Pu. Ngamlen Touthang delivered to the attendants of the 27th Sahnit Ni, Chennai organized by Kuki Students’ Organisation Chennai. Pu Touthang said, ‘we cannot expect to have a prosperous society with idle hands and minds. It is for us to shape our destiny the exact way we wanted.

Speaking at the 27th Sahnit Ni organized at Guwahati, Pu Dr. Ngamjahao Kipgen, Associate Professor, IIT Guwahati said that the Kukis have lived independently without any political boundaries during the pre-colonial era and it is a display of sheer ignorance of history to question Kuki people's indigeneity whether it be Myanmar, India or Bangladesh.

Justice and the way forward

The Kuki people have been observing Sahnit with a belief and hope that the GOI will hear and heed their silent cries. The Kuki Inpi in its latest memorandum to the Prime Minister of India, dated 12th of September 2020 said, 'we express our hope that the Government of India will no longer remain indifferent to the constant pleas for justice of the Kuki Genocide and also for honourable political settlement for the Kukis under the purview of Indian Constitution.'
As the Government of India endeavours to resolve militant issues in the North East India in its bid to usher in peace and development, the long pending issues of the Kukis deserve the Government’s attention not just for the sake of peace, not just to resolve the Kuki militants and their political demands, not just as an acknowledgement of the Kukis’ rightful claim for self-administration but mainly to deliver justice to the Kuki people for their irreparable loss of thousand innocent lives, the uprooting of hundreds of villages and the displacement of tens of thousands Kuki families.

( Views are personal. The writer is a freelance writer and author of the book Hilly Dreams.)