In this week’s article, we go deeper into how the Japanese economies used the same principles, to emerge as major economic power. We will cover the other Asian super economies in the next week’s article. 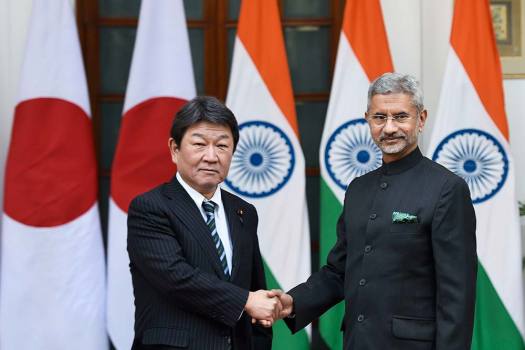 In continuation to my last week’s article in this column, it is clear that governments play a key role in propelling the economy, and more specifically, propelling their technology driven industry into leadership position, thereby gaining economic dominance across global markets. Last week, we talked about the myth of Laissez-faire and how the US government has played an active role in ensuring dominance of its industries.

Although a clear philosophy was expressed in a 1949 white paper (After WWII), the Japanese technology policy has often been dictated by short-term visions and external pressures till a new philosophy was brought in. The new philosophy, with a particular emphasis on social contribution, fixes objectives that promote tripartite cooperation between government, industry and academia, to create a competitive environment and set an evaluation system.

The system attempts to remove or reduce existing barriers to free the flow of people and ideas, to set the rules of the game, and to generate the dynamics of innovation.

METI (Ministry of Economy, Trade and Industry) of Government of Japan, has been playing a pivotal role in ensuring that Japanese industry stay as one of the leaders in the world of high technology. The government has had a series of key initiatives that have ensured that Japan maintains its technology lead.

Driven by METI, the Government of Japan has been funding the Association of Super-Advanced Electronics Technology (ASET) that focuses on equipment and chip R&D, and has produced more than 100 patents. ASET has completed a number of projects with industry, including ones that developed the technology for X-ray lithography and plasma physics and diagnostics. ASET had also launched the Dream Chip Project, which focused on 3-D integration technology. It had also started an initiative on next-generation information appliances. All these initiatives played a key role in ensuring that the Japanese high-technology industry maintains it relevance and lead in the cut-throat multi-trillion dollar global semiconductors industry.

In 1996, the Japanese government played a key role in pushing the industry to form the Semiconductor Leading Edge Technology Corp. (SELETE), a joint venture funded by 10 large Japanese semiconductor companies. It is important to note that this was not a government run initiative but the government only played the role of a catalyst and ensured that the private sector took the initiative forward. This mirrors the policies adopted by the US government to gain and maintaining its technological dominance.The consortiumconducts collaborative R&D for production technologies for wafer equipment, which is then used by the consortium members to commercially exploit in a competitive environment.

Japan has launched a number of initiatives to shore up its share of the overall global lithium-ion battery market. Almost a decade ago, Japan’s New Energy and Industrial Technology Department Organization (NEDO) developed an ambitious roadmap that betted on lithium-ion as the dominant battery technology. In order to create a market for these next-generation technologies, the Ministry of Economy, Trade, and Industry (METI)created a roadmap for the automotive industry that called for up to 50 percent of cars to be “next-generation” electrified vehicles and up to 70 percent by 2030. Again, it is important to note that the government’s intervention was not through subsidies but through creation of a market, which is what is necessary for a healthy and sustainable new industry.

This roadmap of METI also envisioned up to 2 million regular chargers and 5,000 rapid chargers deployed across the country to “pave the way for full-scale diffusion.” In fact, way back in 2010, the government’s Fiscal Year budget included ¥3 billion for collaboration between R&D by the government, industry, and academia for innovative batteries. Clearly, this decade old focus has ensured that the largest battery factories, created by Tesla, are powered by Japanese technology.

In sharp contrast, in the same period of last 10 years, India has been largely oblivious to the need for acquiring these technologies for the next-generation industries. Although India has made large strides in creating an electric vehicle (EV) market and to push the transition from Internal Combustion (IC) engines to EV’s, but we have not geared up in tandem to create a vibrant industry which can pounce on the opportunity.

The bulk of the technology needed for the EV market will get imported. And this is a recurring phenomenon, as each time we “miss the bus”. India unfortunately lacks the institutional mechanism for identifying the next generation industry, and then to acquire the technology and commercialize it.

The evolution of the Japanese technology policy shows that it is not just limited to technological advancement, but rather, there are significant economic, political and institutional implications. With regards to the investment in the innovation process, the presence of market failures increasing the risks and the fact that the social rate of return is superior to the private rate of return, justifies the State's intervention.

Japan’s technology policy generally uses a top-down approach. The State acts as a social planner by making decisions based on the information it possesses in consultation with relevant stakeholders. But it is left to a coordinated effort by the Industry to execute the policies, which leads all stakeholders towards a path of collective gains.

In the next week’s article, I will cover the technology policies of the Asian Digital breakthrough economies, that is those economies who became leaders in technology in the last fifty years. Concerted efforts by their governments, helped these nations achieve a pole position in certain specific areas of technology. They offer a significant learning for India as India attempts to become a leader in Digital technologies.