Divya Malhari describes her experience of teaching a class full of people about how Ambedkar fought for something so basic at a time when inhumanity was normalized. 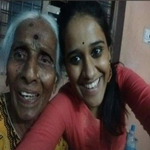 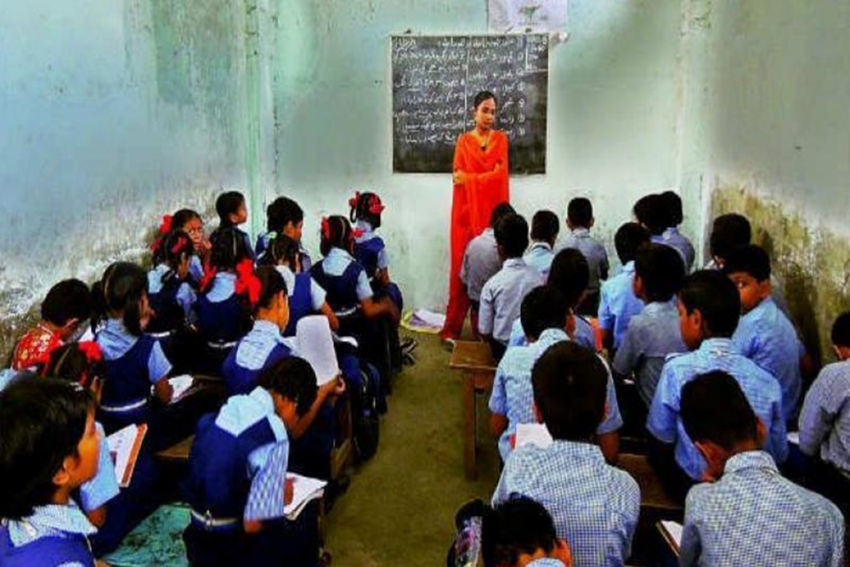 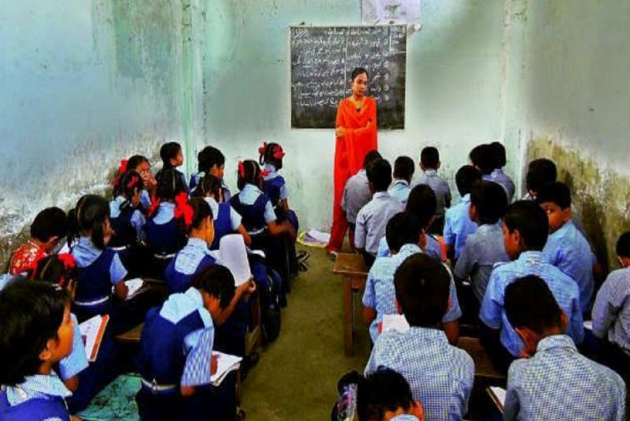 I teach for a living. I have always wanted to be a teacher. My paternal grandmother (aayi) was a teacher. She told me that she saw a lot of herself in me. I didn’t quite realise what that meant, except that it earned me extra sweets as a child amid the ruckus my cousins created (Partiality ajji ge, not at all jai!). After her, atti (my paternal aunt) and Amma (my mother) were teachers. I remember the stories Aayi narrated. My eyes gleamed as I readied myself to go on a journey of words and experiences with her and the characters. That’s how my grandmother taught me Babasaheb Ambedkar and Dr. Rajkumar- in the same breath.

Today, as I enter a class, that’s what I’m hoping for – stories that’ll get my eyes all-gleaming and eyes that will unhesitatingly start gleaming when I share a story. And I get it, most days. Sometimes, it requires me to treat the students like they’re kindergarten kids. Most times, I fix the scene with a sarcastic comment. I regret it very soon but it’s okay, as long as we’re listening to stories. But I’m paralysed every time I take Ambedkar’s Annihilation of Caste, Du Saraswati’s Bachchsisu, and Mahadeva’s Amasa. I plan well ahead and ensure that I’m in a stable state of mind while I’m taking those texts to class. Why? Because I don’t know what to do when the glint in the eyes is missing as I rave about Ambedkar or tearlessly cry about Anjinamma. I’m scared because I don’t know how to react to apathy. I can recognize apathy from a mile away, my twenty-five years of Dalit being has sharpened my senses. But how to react? Do you lash out or do you take it in silently and hope that they’ll do better next time?

I hate losing my temper and my sarcasm fights at the frontline during most of my vulnerable situations. “Ambedkar was biased against Brahmins for no reason. He supported the British!” Silent exhale. “I see your point but maybe you haven’t really understood the reasons. Biases are common to human nature but unfounded biases can be harmful. Fighting something that tries to kill you doesn’t mean you’re biased against what’s killing you. It’s survival and yes, you must be biased against injustice, if that’s what you mean by bias.” Eye roll. A second-longer-than-normal blink is my response. All is in control. I’m okay. This is doable. They’re not out to get you.

Once a student said “Ma’am, caste system doesn’t exist. I have friends belonging to a lower caste and they’ve never told me about their caste or experiences.” I smile. “Have you broached the topic of caste with them?” “How can I? If I do, then you’ll say I’m being casteist for trying to know their caste with some ulterior motive!” I laugh so hard inside. Outside- deadpan face. “Two things, if you’ve never spoken about caste with them, how do you expect them to share their experiences with you? Secondly, how do you know their caste if they haven’t told you?” The highly eloquent student squirms in the seat. “So, you never really know if you’re casteist. Your intention doesn’t matter. You’ll always be branded a casteist.” I stay quiet for him to understand what needs to be understood only through silence. Triggered, he continues- “Maybe you’re also casteist. That’s why you’re talking about caste in a class that doesn’t discriminate based on caste. Maybe you’re talking for the Dalit while you’re saying that the Dalits must be allowed to speak for themselves”. The blood pressure level rises rapidly. “How are you sure I’m not Dalit?” I ask. “How are you sure I’m not Dalit?” he asks me. Voice is louder than expected as words come tumbling out “I know it for certain. If you want to know-how, meet me outside of the class because I don’t want to disturb the class just to attend to your bruised ego.” He never met me outside and I never could tell him how I knew. I knew because he was eloquent, intelligent, proud, confident, respected by his peers, and intentionally trying to intimidate young female teachers who didn’t bow down to his superiority complex. Dalits come in many different shapes and sizes but we work towards each of these qualities with people insulting us throughout. It doesn’t come as easily as it does for most Savarna people (mostly those who tell you that Brahmins are intellectually superior because it’s in their genes and give you faulty statistics to prove their irrelevant point). The sexism is just the icing on the cake for this student.

I was disturbed that I lost my temper. I was afraid that my caste had been given away in the class. I was sure students would not interact with me about caste because they thought anything they said would ‘offend’ me. I hit myself on the head for letting an idiot get the better of me. But that’s what caste does. My emotions rage all over. I’m unbelievably kind and stubbornly arrogant at the same time. My friend finds it very amusing. She tells me, “Divya, it’s amazing how you can be so kind but hardly ever take credit for it. You brush it under the carpet and carry on with your sarcasm. You hardly ever say the words ‘I love you’. But I feel your love all the time.”

I took my time to understand that. I remember deleting every message where I said “I love you” to her, immediately after she saw it. It was all in fun but why did I do that? What am I afraid of? I thought for a long time and realised I’m absolutely terrified of being loved. I realized I push people away because I think my family loving me is enough. Today, I see that I’m really afraid of being loved because I don’t see why anyone should love me unless they have no choice but to love me (family). If someone doesn’t ‘have to’ love me, they definitely won’t. Because, once in a while, an idiot will remind me that if I lay my emotions bare, they will be used against me and I’ll be pushed back into the dingy corner that I tried so hard to crawl out of. You are blinded by sudden light when you crawl out of dingy corners. You may go on to be a superstar but your fear of the dingy corner never leaves. Dalits carry this fear, either by living there or by remembering their ancestors lived there. At some point, our ancestors’ experiences become our own. That’s how I knew he wasn’t Dalit. I was offended, yes. But not because I was Dalit. I was offended that he ‘thought’ he could call himself Dalit, even for a moment, even to hoodwink me, with that cunning eloquence only Savarnas inherit.

How do I teach a class full of people about how Ambedkar fought for something so basic at a time when inhumanity was normalized? How do I tell them Anjinamma can’t eat because you can’t wash your caste occupation off by bathing? How do I get their eyes to show the glint I long for, as I discuss this? I decided I’d come out straight to them. Today, I announce to the class that Ambedkar is my hero and I will be offended if they say “caste is boring”. I tell them that I will not tolerate shaming the person but I’m open to their questioning his ideas. I tell them, “I love this. I wish you could see it from my eyes.” I know they’re guessing I’m Dalit, right there. I force myself to think I don’t care. Sometimes, an accidental “we” slip out instead of the impersonal “them” while I’m talking about Dalits. Some catch it. There’s a glint in their eyes, longing to gossip. Nonchalantly, I move on, watching them be confused about whether they heard it right. I once asked a Dalit professor I admire, what she does when students egg her on about her caste, just to disturb her. She said she adopted Gogu Shyamala’s method of making it a performance that mesmerized everyone. I did and I don’t know if anyone around me is mesmerized but I surely am amazed by my ability to say everything and not be held to saying anything at all.

Recently, I had a conversation with a student who told me that her classmates found out I was Dalit by reading my blog. I was confused and unsure of how to deal with it. Soon, I forgot all about it and published my second blog. She read it and very hesitantly told me, “Ma’am, if you don’t mind my saying so- you must talk to the class about your Dalit experience. Many Savarna students may not understand but your writing has the strength to make people feel welcome and acknowledged. It will help them. Think about it.” Another student sent me a screenshot of an Instagram page asking for Dalit writers to share their stories for Dalit History Month. I took the hint. Maybe controlling my emotions in class is not required of me. That may be the Savarna work ethic. Why does it have to be mine? Maybe it’s okay if my students think I’m moody and irritable. Maybe it’s okay for me to be vulnerable in my class. Maybe it’s okay if vulture eyes try to label me a Dalit Feminazi. Because maybe some Dalit students will see my fight for survival. The seemingly emotional Dalit teacher before the admirably eloquent Savarna student. Wearing vulnerability on her sleeve. They’ll know. It’s okay. It’s a journey. They will see that empathy takes origin in our caste.

Maybe those are the gleaming eyes that really matter. And maybe, that’s what Dalit teachers do that nobody else can. Maybe that’s what my aayi meant when she said I was like her.

(Divya Malhari is a Dalit writer and an assistant professor, St Joseph's College of Commerce, Bangalore)