Why I Defend Prashant Bhushan’s Right To Offend

There may be issues of national importance, sovereignty, and security where a contrarian view against national consensus is not acceptable. Otherwise, the right to dissent is at the heart of a democracy. 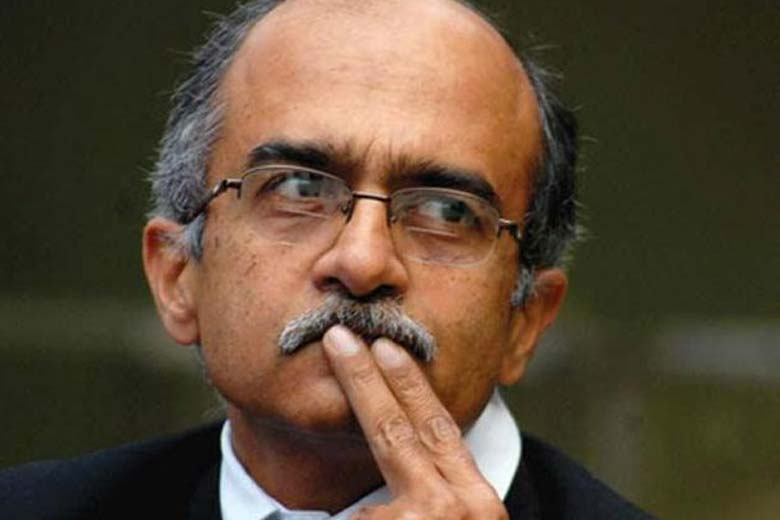 Prashant Bhushan likes to wear many hats. He is an indefatigable anti-corruption activist and has always fought for probity in public life. He has campaigned for transparency and accountability in the judiciary.

Bhushan is also a political activist. He was associated with the anti-corruption movement, India Against Corruption. Later, he was one of the founding members of the Aam Aadmi Party, only to part ways with the Arvind Kejriwal-led party.

Bhushan has a politics which is deeply problematic. He has, for instance, stood for plebiscite in Jammu and Kashmir. It’s known to everyone how Pakistan fans trouble in the Valley and sposnors terrorism to target the innocent and security forces. To call for a plebiscite (or referendum) in this environment is to play in Pakistan’s hands. This proposition would never find acceptance in the Indian mainstream as long as Pakistan sees sponsoring terror in the Valley as a national priority.

As a lawyer, Bhushan has taken up multiple issues of public interest. So, when a couple of his tweets raised the hackles of the Supreme Court, it was rightly disapproved by the media. While few national dailies were among those to write editorials questioning the Supreme Court move to issue the notice over contempt proceedings to Bhushan, Outlook ran an op-ed. A group of public figures later came out with an appeal requesting the top court to take back the notice. In another matter, currently being heard in the Supreme Court, the top court said that “voice of dissent in a democracy cannot be shut down”. Surely, Bhushan has a right to dissent, too.

Among our public institutions, the Supreme Court enjoys the highest credibility and trust of the people. It’s only expected that it will do everything to retain that trust.

There’s another dimension to this debate. It deals with the ability of our systems, and the political class to deal with dissent.

It’s significant to recall how Bhushan was assaulted due to his views on Kashmir by an activist, who rose to become a spokesperson of Delhi BJP, and a BJP candidate in the Delhi Assembly elections.

Most of the family-run parties, that like to be known as regional parties, would brook no dissent. India’s tryst with the Emergency remains the most telling example of how the Congress would deal with dissent, though it likes to be known as an umbrella organisation.

It’s the BJP that has the most interesting views on dissent. In 2016, Home Minister Amit Shah spoke on ‘Democracy, Development and Dissent’ at an event in Goa. Shah said that “development” and “dissent” were included in the idea called “democracy”. He explained how this land always welcomed new ideas and their proponents including the Buddha and Mahavir. He added that Narendra Modi had faced in Independent India the “most vicious negative (sabse katu) criticism”. Then came the crux of his argument. “Criticise the government, but not the nation–the country won’t accept or tolerate it.”

No one should have a problem with this elaborate explanation of dissent and democracy. Except that the BJP government critics would argue that “anything against the government is portrayed as against the country in the present environment.”

How does one then deal with any contrarian view—like one should hold a plebiscite/referendum in Kashmir, espoused by the likes of Bhushan?

The challenge, I think, is to make such views irrelevant by making the national resolve on the issue stronger on the one hand, and making democracy at the grassroots level in Kashmir deeper, on the other.

There may be issues of national importance, sovereignty, and security where a contrarian view against national consensus is not acceptable, and it must be dealt likewise, in a court of law.

Otherwise, the right to dissent is at the heart of a democracy. It’s for this reason that I defend Bhushan’s right to offend—in a courtroom and outside.

(The author, a JNU alumnus, is a former journalist. Views expressed are personal.)