This piece talks about Taiwan and South Korea's gaining prominence in becoming tech based economies. 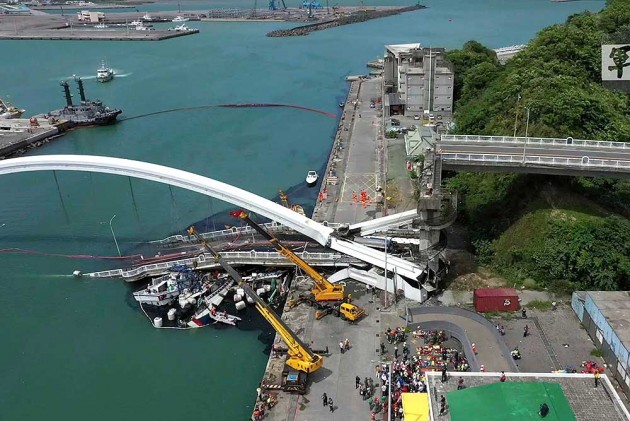 However, this government-private sector tango was not limited to only the US and Japan. Very soon, the other Asian economies learnt of this governance best practice, and they set off on their own course of technological leadership and economic prosperity. I will take the examples of Taiwan and South Korea in this article.

Taiwan has been one of the first Tiger Economies of Asia, and it had gained economic pre-eminence, largely on the back of technological prowess. Taiwan’s leadership in semiconductor design and fab is legendry and has to the geopolitical construct where its continued independence is vital for the US and has apparently led to the US sending its navy to signal its intent to protect the island nation.

Taiwan’s leadership in semiconductor design and fab was architected by the government through Public-private research programs, since the mid-1970s. The government-funded Industrial Technology Research Institute (ITRI) created UMC, a leading global semiconductor foundry, by acquiring the 7-micron chip technology from RCA of the US, and to spin off UMC. ITRI also helped launch TSMC, the world’s dominant foundry. ITRI continues to operate substantial semiconductor-related R&D partnerships. The institute’s Electronics and Optoelectronics Research Laboratories, for example, include programs in fields such as next-generation memories and chips for lighting and 3D imaging. Thus, the government’s intervention and strategic purchase of RCA from the US, led to Taiwan becoming a powerhouse in semiconductor manufacturing and also flat-panel displays.

Taiwan is now leveraging its advantage as a leader in both semiconductor and flat-panel display manufacturing, which use similar production processes to those used in making both crystalline silicon and thin-film cells, to rival China as a photovoltaic exporter. Taiwan ranks behind only China in crystalline silicon cells, with over 230 companies across the entire supply chain. Three companies, Gintech, Motech, and Solar Power, each are building 1.2 gigawatts to 2.2 gigawatts in new production lines. Industry consortia organized through Taiwan’s Industrial Technology Research Institute (ITRI) are developing a range of processes for thin-film cells and printable photovoltaic cells, technologies that also are being developed by Taiwanese producers of digital displays and solid-state lighting devices. Government incentives for manufacturers include a five-year tax holiday, credits that cover 35 percent of R&D and training, accelerated depreciation for facilities, and low-interest loans.

Taiwan also offers an array of subsidies to accelerate domestic deployment of solar power, targeting 10 gigawatts of capacity. The government funds 100 percent of some photovoltaic projects in remote areas, as well as several “solar city” and “solar campus” demonstration projects. Under the Renewable Energy Development Act, Taiwan implemented a feed-in tariff that would incentivize distributed production of solar energy that could then be fed into the grid.

Taiwan aims to become one of the top three lithium battery producers in the world. This goal is again spearheaded by the government sponsored ITRI. ITRI formed the High Safety Lithium Battery STOBA consortium of Taiwanese companies to promote the development and diffusion of STOBA-based battery technology. As early as 2011, four Taiwanese companies had entered into production of STOBA lithium batteries and the local industry was projected to invest $1.7 billion in 2012.

This ability of the government to identify future technologies and guide the industry to attain leadership in those technologies by not only facilitating consortia but also by providing them with a market, which is even more critical.

Besides Taiwan, the phenomenal post-war development of South Korea is one of the most remarkable economic stories of the twentieth century. The small Asian nation in 1960 was one of the world’s poorest countries, with a Gross Domestic Product roughly equal to that of Ghana and its per capita income being lower than that of India. In the next fifteen years, it transformed into the twelfth largest economy in the world with its per capita GDP being four times that of India. This transformation was orchestrated by Government intervention through a combination of state-directed bank financing, light and then heavy industrial export promotion, fostering of large industrial conglomerates (the fabled chaebol), and suppression of labor unions to create workplace peace.

These initiatives of the Korean government have culminated with South Korea being accepted as a developed economy. As per Campbell, underlying Korea’s strong economic development has been a consistent effort to create a robust science and technology (S&T) capacity. From the beginning of Korea’s export-oriented drive in the 1960s, this has followed two parallel tracks: creation of a state-led research and educational capacity, centered on state-run research institutes, and in-house research and development efforts by the chaebol and some medium-sized firms. Universities, which were a relatively weak S&T player, till the late 1990s, were strengthened through government intervention.

South Korea largely followed the METI model of Japan and worked closely with its chaebols to create technology powerhouses such as Samsung, LG, Hyundai etc. In fact, five of the biggest chaebols make up more than half of the benchmark index of the Korean Stock Market.
From 1961-1988, the Korean Government created a rudimentary research capacity, focused on creation of government-run research institutions, a technical university, and a central research park, as the private sector gradually began to muster its own applied research capacity. In the subsequent decade, the Korean chaebols became the leaders of R&D initiatives in Korea.

The government provided significant funding for the National S&T Technology Program which became the preferred institution for catapulting the chaebols and the Korean industry into technology leaders. This program was later replaced by the 21st Century Frontier Program and specified research funds. By the turn of the century, Korea had achieved strong aggregate performance in terms of numbers of researchers and funds spent on R&D, and has continued to build on that advantage. The IT industry and, to a lesser extent, biotech have become the major drivers of technological and economic development. The government played a key role in growing the nascent IT sector, through a combination of privatization of the national telephone service provider, creation of infrastructure, and dispute moderation.

As per Campbell, from the mid-1990s, Korean government has pushed for the possibilities of “Big Science,” i.e., basic or foundational science. Korea participates in various international basic science programs, and has created another big state funding effort (the 577 program) to support basic science. The government has spent much policy effort on drafting “visions” of future technological developments.

Since 2009, South Korea has attempted to invest $84.5 billion, or 2 percent of GDP annually, over five years in environment-related and renewable energy industries, in its quest to become a global leader in photovoltaic technology. South Korea rapidly expanded domestic photovoltaic production, targeting 5 percent of the world market. In all, South Korea wanted to capture 10 percent of global green technology market by 2020. The government imposed a policy that requires companies to source 10 percent of their electricity from renewable sources by 2022, thus creating the market required for its fledgling green technology industries to quickly become global giants.

South Korean government along with its industry, has invested $12.5 billion over 10 years in a bid to become the world’s dominant advanced battery producer. The Battery 2020 Project envisioned Samsung and LG Chem boosting their combined share of the world lithium-ion battery market, which still is dominated by consumer electronics, to 50 percent. These two companies have aggressively entered the global lithium-ion market for cars, staunchly supported by their government by providing the conducive regulatory environments and a protected market. The national plan also calls for adding 1,000 engineers and technicians in R&D efforts to make the country’s supply chain more self-reliant.

Currently, South Korea produces less than 20 percent of the parts and materials needed in batteries. The goal is to boost that to 75 percent for domestically made batteries, and to create up to 10 globally competitive battery makers in a decade. This is the Korean “Atmanirbhar” plan, created jointly with the private sector signing on to the plan. The government of South Korea budgeted $345 million for the research and development of high-performance lithium batteries during the period 2011–13.

And that is how, the governments of the tiger economies worked in tandem with their private sector, to become the techno-economic global leaders that they are now.

It would indeed be useful for India to closely look at the institutional structures adopted by Korea and Taiwan to transform itself so quickly, with a heavy focus on close coordination with the private sector in gaining leadership in technology. In next week’s article, I will cover how China adopted the Japanese and Korean models, to propel itself into a miracle economy.