Any number of examples could be quoted when conscientious police chiefs had defied political leadership to protect the public from criminals and safeguard police morale. 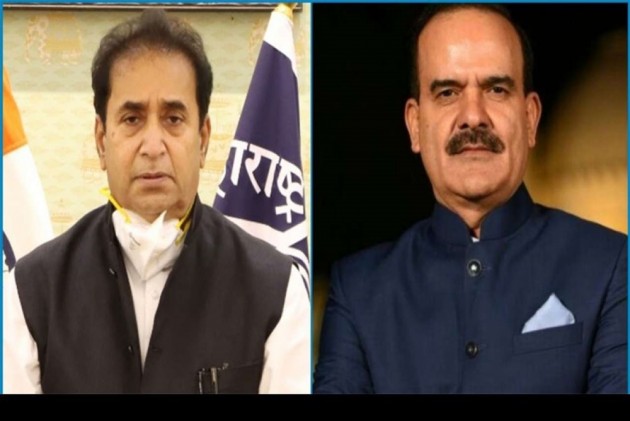 No one expected that the detection of low-grade explosives in an SUV in front of the heavily guarded “Antilla”, the “Ambani Tower” on February 25 would have led to such a dramatic turn of events that threatens the fragile Maha Vikas Aghadi (MVA) coalition ruling Maharashtra. Ironically no clue as to why these explosives were planted at such a sensitive place has emerged despite 27 days of investigation by the local police, Crime branch, National Investigation Agency (NIA) and Maharashtra Anti-terrorism Squad (ATS).

Instead, what has surfaced is a potboiler fit for a Bollywood thriller, of a gruesome murder, intense political mudslinging and extortion allegations against his political boss by the former city police chief who, until March 17, was their trusted man defending the Coalition against the depredatory political attacks by their opponents.

His allegations that junior police officers under him were asked by his political boss to collect money from traders have destroyed the morale of police officers. However, his mention that Sachin Waze, the officer arrested by the NIA, was the leader of this group asked by his political boss to collect funds has only generated a feeling of scepticism, as Waze had been accused of operating from the elite Crime branch on his own, reporting only to the police chief.

The former police chief, while moving the Supreme Court on March 22 against his transfer from this coveted post, has also mentioned in his affidavit details of electronic snooping on political circles by his colleague who was till recently the head of the State intelligence department, thus indicating a possible “whistleblowing” which could also be interpreted by political circles as a conspiracy to topple the MVA government.

Simultaneously, the signed ‘Top Secret’ letter dated 25 August 2020 written by his former colleague to the State Director General of Police (DGP) containing snooping details on the activities of “brokers” with political connections to arrange police postings on monetary considerations was also widely circulated through WhatsApp chat on March 23, making a mockery of the classification of records to ensure secrecy. In that, the DGP was requested to bring the matter to the notice of the Chief Minister.

He has to constantly safeguard the professional integrity of his officers and men daily from the depredatory influence of criminal or greedy political elements, as this would negate the primary aim of police service, which is to render justice to the public, investigate crimes and provide security to them.

I may add that like a general in the army, he should guard his troops against the enemy’s direct or covert attack which would inflict injuries on his men physically or their minds by enemy propaganda or turn them into traitors. A police officer who falls prey to criminal elements and commits a crime to enrich himself or his bosses should be considered a traitor like an army man who passes on information to the enemy.

In the case of police, the record of a police chief would be considered as a total failure if he fails to perform these supervisory obligations. Instead, what we found, in this case, was a mere lament by the police chief at his helplessness. However, this lamentation came only after he was shifted out on 17 March. Ribeiro had said that this is not just acceptable.

Any number of examples could be quoted when conscientious police chiefs had defied political leadership to protect the public from criminals and safeguard police morale. They did not lament like the Mumbai chief but used their legal powers. On 26 October 2015 London Metropolitan Chief (MET) Sir Bernard Hogan-Howe ignored Home Secretary Theresa May’s orders not to launch the “Stop and Search” campaign to detect illegal use of knives. Ignoring this, he launched a week-long campaign with an even more widespread deployment of stop and search teams.