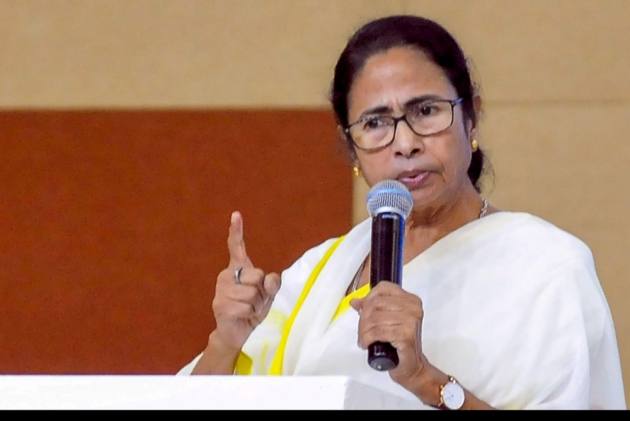 “Jai Shri Ram!” for a while that cry has been creeping into my consciousness beginning with when the first Hindu Rashtriya workers began materialising in the Lakes and teaching children to repeat the slogan. I heard it in a narrow lane early in the morning when a durwan (guard) greeted a Hindi-speaking friend and then again when the chant seemed to march outside my window down Gariahat with determined defiance only to slip into a more normal ‘Inquilab Zindabad!’ “Don’t worry about it,” a friend advised me, “it’s a North Indian greeting which they are trying to introduce here,” but I wasn’t quite sure about that because it seemed to be brandished more and more as a provocation and if you did not say it, you were against it. Something that seemed strange in Bengal where, according to legend, Ram had called on Ma Durga for help against Ravana and started Bengal’s beloved Autumn Durga Puja as a result. In Ma Durga’s and Ma Kali’s land then can Jai Shri Ram hold forth?

And then came the Netaji issue – it was Netaji’s 125th anniversary and both Centre and State were planning their ways of celebrating Bengal’s one and only jackbooted hero. They had two different names for it- Deshanayak Diwas, which was the title that Rabindranath had given Netaji and which was approved by the Bose clan and Parakram Diwas, which was the Central Government’s appellation of choice. The two names were jostling for space along with the fact that both State and Centre were going to hold their different celebrations – Didi was taking a group down Central Avenue and marquees and blood donation camps were sprouting up in every lane – well Netaji had said, “Give me blood and I will give you freedom” – while the PM was going to be holding forth at Victoria Memorial, not to mention the National Library.

Most of the people I knew were confused. Which was the true set of celebrations and if they were both in honour of Netaji why couldn’t they collaborate on the subject? That there was a battle for Bengal on was obvious – I have seen the battle of the flags on Rashbehari Avenue, one week there were lotuses waving on the tramline and the next there were grass flowers and whereas before the lotuses would promptly disappear, the moment they were put up, this time no one seemed keen to take them down – or perhaps they were paid to keep them up.

South Kolkata was doing one thing, north another and the Centre had another end in mind while the focus should actually have been on Netaji Bhawan on Elgin Road where the family had been paying its own tribute for years. The question was, would the PM and CM come together to honour the man most responsible for India’s Independence and if so, what would happen? A battle of names, flags or slogans? As it happened, it came down to slogans. Victoria Memorial’s Central Government Parakram Diwas brought the PM and CM together on the same stage to express their devotion to Subhash Chandra Bose.

A battle was certainly since the ‘Jai Shri Ram’ chanters took it as an occasion to flaunt their loyalty. What, however, was different was Mamata’s silence in the face of provocation that would previously have had her exploding in street-fighter rage.

Instead, she came to the podium, spoke gravely in her recently mastered Hindi, highlighted the fact that the slogan had nothing to do with the matter at hand and that she, a guest, had been insulted; refused to speak any more than quietly retired with ‘Jai Hind’ and ‘Jai Bangla’ on her lips. Some people might have called it her most Chief Minister moment when she rose to the occasion and checkmated that intent on a war of words with silence.

What happened, of course, was an affront to the Deshnayak the occasion had been designed to honour, a man who had forged a secular INA and held it together against all odds. The fact that his closest aide, Abid Hasan, was Muslim, and had been responsible for coining the slogan Jai Hind – one that had been used by the Central Government on many occasions as a statement of patriotism – was also overlooked in the current political struggle for prominence. A few of the BJP sheepishly tweeted that they had meant no offence, it was just a customary salutation, but they were a minority.

For a while, we will speculate about 400 unaccounted for invitations to the event and Netaji’s grandnephew’s comment on ‘bearers of an extreme degenerate culture'. Then we will forget who coined Jai Hind and the dignified silence and its context too, might be forgotten – our attention spans are short after all. But we have not heard the last of Jai Shri Ram, it will be brought out and brandished like a battle flag while the lotuses and grass flowers blow in the wind, up and down the tramlines.