New Delhi has made the strategic mistake of aligning too much with the White House. This has caused deep divisions among the 4.5 million strong Indian diaspora with 1.3 million voters in eight battleground states. 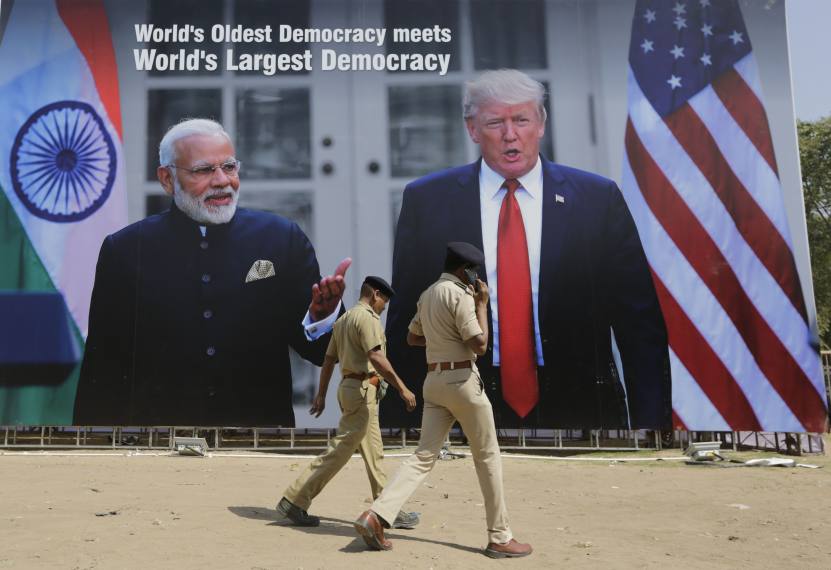 Policemen walk past a hoarding welcoming US President Donald Trump In Gujarat
AP FIle Photo
2020-07-24T18:31:57+05:30 India’s Too Much Concentration On White House And Neglect Of US Congress A Strategic Mistake 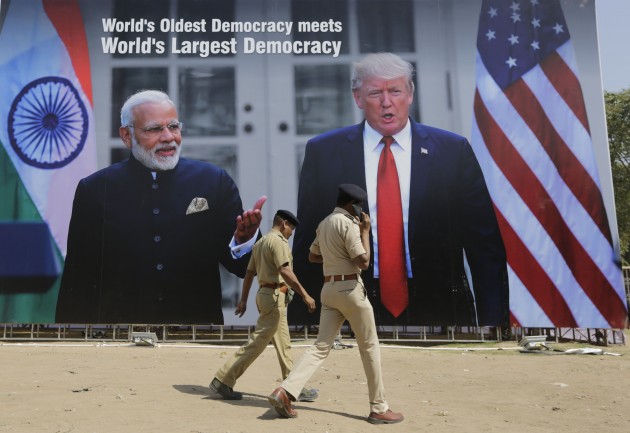 Our inability in maintaining constructive relationship with the US Congress was evident when a bill bracketing us with authoritarian regimes like China, Egypt and Turkey was introduced in the Senate on May 7 for Covid-related measures that allegedly “violated human rights”. Our media did not cover this as widely as it did the July 21 bipartisan resolution by Democrat Congressman Raja Krishnamoorthi criticising China's aggression against India in Galwan.

We should be aware of the danger of getting a permanent stamp in the Congressional circles as ‘human rights violator’ if this is read with the pending House of Representatives Resolution 745 by Congresswoman Pramila Jayapal.

The Senate bill—S.3669 - COVID-19 International Response and Recovery Act of 2020—was sponsored by Senator Robert Menendez, ranking Democrat member of the powerful Senate Foreign Relations Committee. He was earlier its chairman (2013-15) and is likely to be the chairman again if Democrats capture the Senate in November elections.

Why should this worry us when we are proudly announcing that we have the closest strategic relationship with a Republican president? It’s because America has a perfect system of checks and balances between the executive, legislature and judiciary, working in ‘dynamic tension’ as described by the Late Senator John Tower whose 1987 report on ‘Iran-Contra Deal’ had embarrassed his friend, President Ronald Reagan. Hedrick Smith says in his monumental work The Power Game-How Washington Works (1988): “Power floats-it shifts and does not reside in the White House; The President is always part of the power mix but not necessarily the central part.”

Unfortunately, our present government has been concentrating only on the US President while ignoring the Congress. Israel also did the same till 1981 when President Reagan concluded the AWACS deal with Saudi Arabia over Israel’s objections. Israel considered it as “betrayal” as successive US presidents had upheld John F Kennedy’s written guarantee on its security in 1963. This was also a campaign promise by Reagan. Prime Minister Menachem Begin expressed his “profound regret and unreserved opposition” as AWACS would have exposed their total defence to a hostile Saudi Arabia.

In reply, secretary of state Alexander Haig criticised Israel for interfering into President’s “foreign policy decision”. This provoked American Israel Public Affairs Committee (AIPAC) to change their lobbying strategy radically. AIPAC director Tom Dine, an old India hand, opened regional offices all over America and started marshalling Jewish votes only to those Congressmen who supported Israel’s security. His message was: “Spread the power base, go to the grassroots, get involved in the political process”.

As a result, the percentage of Jewish polling increased to 90 per cent against a national average of 50 per cent. Dine found that Jews could tilt the scales in over 80 Congressional districts for the presidential elections. In 1984, they inflicted a crushing defeat on the powerful Senator Charles Percy, then chairman of Senate Foreign Relations Committee (Pro-AWAC senator), through grassroot lobbying.

However, the hallmark of this lobbying was its bi-partisan character. AIPAC did not choose which party to support but selected American candidates of all hues, conservative, liberal or ultra-left on the condition that he or she would support Israel’s security. The same bipartisan strategy was used by Indian American leadership since 1983 by setting up lobbying groups like Indo-American Forum for Political Education (IAFPE), National Federation of Indian Americans and so on. As in the case of AIPAC, Indian organisations like IAFPE worked only to unify Indian Americans of all religions to lobby for solving challenges facing India.

Unfortunately, since 2014, this process has received a setback when sectarian organisations like Hindus for Trump or Hindu American Foundation started edging out multi-religious Indian American organisations. Unfortunately, New Delhi also encouraged this divisive agenda and made the strategic mistake of aligning too much with the White House. This has caused deep divisions among the 4.5 million strong Indian diaspora with 1.3 million voters in eight battle ground states. As this is written even with a glittering Namaste Trump at Motera stadium on 24 February, Trump’s sagging image has not improved as observed by “Politico”( June 26) that Trump’s visa restrictions during Covid time “threatens to undermine the inroads his campaign hoped to make with Indian Americans”