Muslims are openly being demonised as the religious and cultural other who must be hated, maligned and thrown out 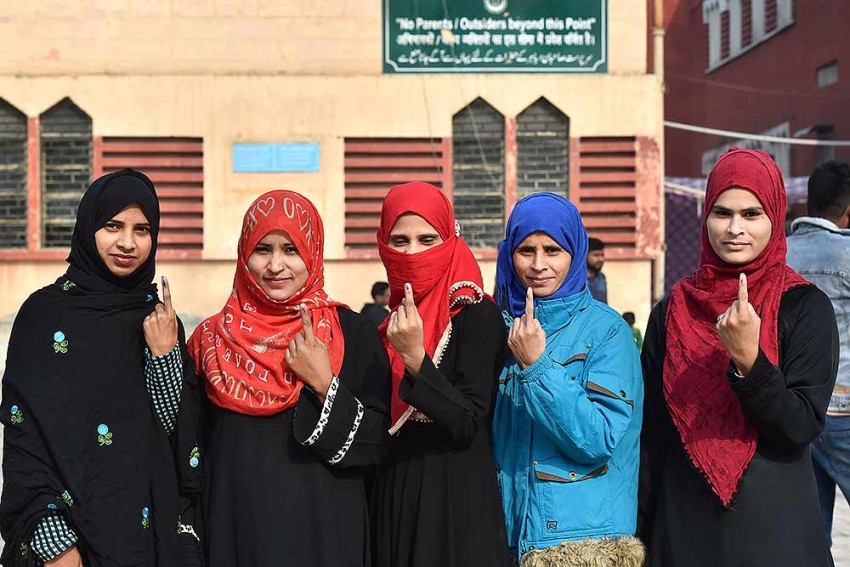 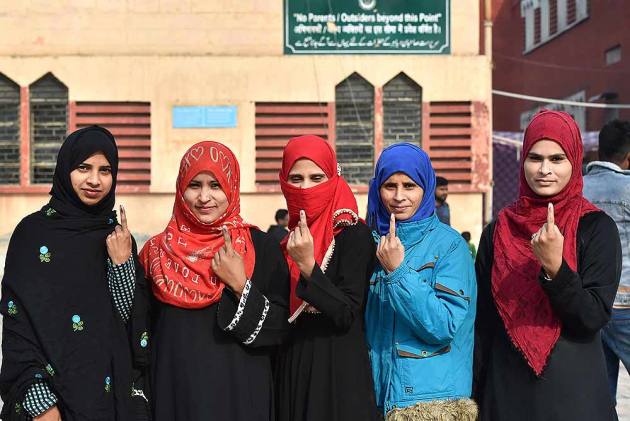 Recently, Outlook published two articles – one by Shajahan Madampat and another by Nissam Syed – on the future possibilities for Indian Muslims to organise themselves politically. Both make some valid points although their approaches differ.

After reading their arguments, I put across my thoughts based on two decades of my work within the community.

After seven decades of India’s independence, Muslims live in poverty, social and educational backwardness in ghettoes across the country. The constitutional promise of justice, equality and non-discrimination has not translated into reality for the largest minority in India. The Sachar Committee highlighted that besides socio-economic deprivation, Muslims live with a sense of fear and insecurity owing to communal riots and violence. Avowedly secular governments did not take serious steps for inclusion of Muslims in the democratic processes. They did not do much other than pandering to conservative clergy within the community in the name of secularism.

With the political rise of Hindutva, the onslaught on the community became direct and more strident. Today, Muslims are openly demonised as the religious and cultural other who must be hated, maligned and thrown out. With the passage of the Citizenship Amendment Act (CAA) and the looming NPR-NRC, the threat to citizenship has become real.

The social and political marginalisation of the Muslim community predates the Modi government. On one hand, the secular state failed to deliver on the Constitutional obligations and matters were made worse by the lack of progressive social leadership within the community. Today, all political parties have abandoned the Muslims and their disenfranchisement is imminent. The Muslims should have socially and politically organised much earlier but as someone said, better late than never!

Indian Muslims do not have a tradition of democratisation within the community. There have not been any noteworthy efforts to build critical consciousness of our women and men in the last several decades. Unfortunately, we have not had an Ambedkar or a Phule or social awakening movements. Adversely, we have had the singular misfortune of being led by the orthodox clergymen! It is high time middle-class Muslims who have had the advantage of education and economic empowerment stand up and be counted as democratic voices. There is a lot to learn from Dalits and other communities towards engaging in social education and reform. Educated Muslims must engage with the poorer sections in whatever measure possible from one’s respective location. Just giving annual zakat or fitra has not proved to be enough. Only a democratically empowered and organised community can make the state and political parties accountable.

Muslims would need guiding values and principles to organise themselves. Thanks to the way religion is [mis]understood and practiced in our country, ordinary Muslims are perpetually in a state of dilemma. How much importance should be given to Islam and to the temporal exactly? The clergyman is continuously telling him that 100% time and energies should be devoted to religion and nothing else. Ordinary Muslims are hard-working, patriotic and law-abiding citizens. Most religious leaders have an obsession with after-life and no concern for the here and now. They have no interest in democracy and affairs of the state. In the absence of any alternative leadership, ordinary women and men often do not get the opportunity to empower themselves to think independently. There is a need to build critical consciousness among ordinary people based on democratic values.

What should be the values guiding social organisation for Muslims? The Constitution of India with its intrinsic values of justice, equality and pluralism offer abundant guidance. These values are in consonance with the Quranic values of justice and fairness. Kindness and compassion are enshrined in both. The Constitution is an article of faith; the Quran teaches Muslims watanparasti or love for the country. It must be said that our demand for justice and equality from the Indian state is lame without our belief and adherence to these principles in our own lives. The violation of women’s rights in the name of Shariat will have to stop. The right to religious freedom granted by the Constitution is a cherished right which cannot be played around with to justify patriarchal and misogynist practices. There has to be unequivocal recognition of our nation being multi-faith and multi-cultural as we demand and practice mutual respect and understanding from those who believe in other religions.

No community is perfect and that includes the Muslim community too. There has to be an unequivocal recognition of what is wrong with the community. There has to be a serious reflection on what can be done differently and to fight the stereotypes. Even as religious polarisation is at a severely high level, most fellow Indians do not subscribe to Hindutva politics of violence and hate. Many of them do not understand our behaviour.

Let me take a recent example. The movement against triple talaq was led by Muslim women. It received extensive support from ordinary Indians, both Muslims and non-Muslims. And yet, there have been several notables who wrote extensively to justify the practice and undermine the movement. Some Muslim intellectuals dismiss the issue of triple talaq as a political gimmick of the BJP. They forget that the entire country is watching the women undergo pain and suffering owing to this un-Quranic practice. They can’t acknowledge that lack of support from so-called secular parties has left the ground open for the BJP to fill in. This partly illustrates the double standards adhered to by leading lights within the Muslim community. This hypocrisy must end. Any movement for equality and justice cannot be a compartmentalised one.

In the course of my work during the riots in Gujarat and thereafter across various states, I regularly come across numerous women and men who firmly believe that the democratic state should be made accountable to uphold constitutional rights. Several of them are engaged in helping the poor access entitlements pertaining to food rations or education scholarships or health schemes. Many are engaged in resisting communal polarisation and spreading harmony. But often they feel isolated and outnumbered when some crisis arises in the community. They are demotivated when the police or state machinery acts partially. Equally, they are demotivated when a religious leader waters down all the good work with a simple pronouncement of one irresponsible diktat or the other.

Most ground-level activists find it very difficult to sustain their work given the ground realities and complexities. Star activists flying in from Delhi or Bombay cannot provide the solutions. The solution can come about with more and more empowered individuals joining hands to work for upliftment and furthering democracy. There is a near consensus that the traditional religious leadership has utterly let down the ordinary Muslims. A new leadership of thinking women and men can lead to the community being organised.

From a distance or if I may say so, from ivory towers, it may appear like a losing game. “This is a jahilqaum”; “there is no hope for this community”; no these are not the words of a Hindu fanatic. These are common utterances by middle-class Muslims. In reality, several ordinary Muslims are ready for change. There are no secular democratic platforms for them to converge. There is no social or political backing within the community. There is dire need for social reform and organisation within the community.

Maharashtra Continues To Lead In Coronavirus Cases With Tally At 1,078, Death Toll Reaches 64