China Coronavirus Diary: A City Under Lockdown And A Deadly Silence

'Sometimes we shake with fear in our dormitory rooms. Then, we realize we have to stay strong, eat well and support each other,' one student in Wuhan said. 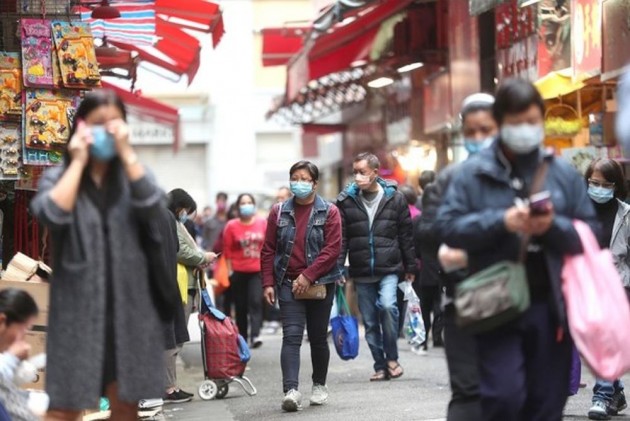 Most of us living in major cities crave for silence and a break from the corrosive noise of road traffic and bustle of urban life. This is what the Spring Festival brings to Chinese cities as more than 200 million people leave their homes to join the flood of tourists dashing to nearly 1500 destinations within China and across 102 countries. If a region has no place for sightseeing, enthusiastic Chinese tourists will create one.

But we didn’t know that the silence this season would turn deadly.

We were prepared for 10 days of quiet with little to do as offices, markets and restaurants were closed. Most foreigners in China avoid travelling during this time as seats are hard to come by in buses, trains and flights, and hotels have no rooms to spare.

But silence can get on untrained nerves as much as noise. Indians looked forward to a break from the monotony of silence on Republic Day as Indian embassy in Beijing and consulates in Shanghai and Guangzhou organise flag-hoisting ceremony followed by mandatory samosas with chai (tea) and mithais (sweets). Many Indian restaurants in Chinese cites organize parties on January 26.

But little did we know that a virus that has not been fully identified and named, and still goes by the vague tag of Novel Coronavirus, would decide future plan of events. The Indian Embassy had to cancel the gathering and make do with a small flag-hoisting event attended by a few officials.

Outlook Explains | What Is Novel Coronavirus

Three days earlier, the Indian Embassy had hosted Chinese officials and foreign envoys at a party at a five-star hotel in Beijing. In his speech, Indian ambassador Vikram Misri omitted a phrase which has been standard usage by Indian and Chinese officials since Prime Minister Narendra Modi and Chinese President Xi Jinping met in informal settings at the historic city of Wuhan in April 2018. The outcome of the meeting, regarded as a highlight of India-China relations, is called the ‘Wuhan Spirit’. But it would have been politically incorrect to repeat that phrase when the central Chinese city of Wuhan was being tormented by the Coronavirus.

That was the day when the government took the decision of locking down the city of 11 million to avoid transmission of the disease that causes coughing, high fever and shortness of breath. It became evident that the province of Hubei in Wuhan is the most-affected place and the epicentre of the virus outbreak.

A frenzied parent called us from Hyderabad after obtaining our contacts from a friend. “Our daughter is studying in Wuhan. Please talk to her to boost her morale. This is all we can do because the city has been locked down,” the father said. Another parent asked us to urge the Indian Embassy to “rescue” their ward from Wuhan and bring her back.

Speaking to students placed under lockdown was an unforgettable experience. “Sometimes we shake with fear in our dormitory rooms. Then, we realise we have to stay strong, eat well and support each other,” one student said. “We have started cooking to avoid canteen food. Also, cooking keeps us busy,” said another. This was before the Indian government evacuated 650 residents, including students from Wuhan, in two flights and brought them to India.

Discussions over phone and internet chats among Indians living in China would be on whether they plan to leave the country. There were debates on how safe it was to stay back. Some argued travelling posed greater risk because the confined space in an aircraft could result in transmission. Others pointed out it was riskier to stay back because finding medical support in all cases, including a bone fracture or a heart ailment, may become difficult as hospitals focus to contain the virus. (The debate was still on when my husband and I decided to leave early February).

On January 26, I found a part of our building cordoned off by tapes. No one seemed to know why. Chinese are usually not nosy about official decisions and this was not the time to change an ingrained habit.

The gateman at our housing society now kept record of who was coming in and going out and at what time. A family who returned home after a trip was stopped at the gate. Their body temperatures were recorded before they were allowed to enter their flat. Volunteers with special uniforms had suddenly surfaced and seemed busy watching out for people with possible signs of sickness. China has a unique ability to bring together thousands of volunteers—young and middle-aged people getting pocket money—to meet the needs during any exigency or event.

Chinese residents, who chose to stay back at their homes during the festival, were being observed. So were the foreigners.

“My son has a running nose and little fever. I am not taking him to the hospital because it has become a dangerous place. With so many patients, he may become sicker than he is now,” a child’s mother told me.

Such sentiments were echoed by many others. This is why Chinese authorities engaged volunteers to watch over residents. Scientists have estimated that one affected patient can transmit the disease to two or three others. One unidentified case can have a multiplier effect.

As people returned from tours after the New Year, more masked people appeared on the streets. People watched each other closely, avoiding those without a mask. No one wanted to be around the person who sneezes or coughs on the street. Suspicion was as contagious as the disease.

The World Health Organisation had said there may be cases of human-to-human transmission. Advise from the city government to avoid “crowded places or public gatherings” became an article of faith although there were no crowds anywhere. All public events had been cancelled.

Some shops started refusing entry to those who arrived without masks. Thermal checking machines first cropped up in subway stations, inter-city bus stops and airports and later showed up in shopping malls and individual stores. An eerie silence pervaded across China even as people began returning from their tours and shops opened after the Lunar New Year. People preferred to stay indoors.

New Year greetings were no longer heard, and neighbours nodded at each other with empty eyes. The New Year Day, January 25, felt colder than it has been in years.

(The author is a resident of Beijing, China)