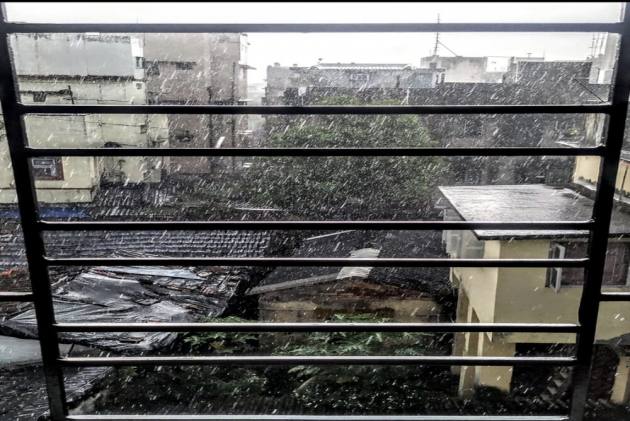 James Stewart looked out from the wheelchair he was confined to and witnessed a murder, in Alfred Hitchcock’s fine thriller Rear Window. Calcutta-based Arun Ganguly saw beauty instead. Celebrating the fact that he was now able to walk around after a long stretch of being confined to his bed, the octogenarian who had been in charge of creative photography at the Clarion ad agency in the 1970s, and taught photography as a freelance photgrapher of international repute, turned to his art again. Thanks to the flooding of morning sunlight that his room enjoyed, Ganguly found images worthy of being recorded. The gulmohar tree outside the window, “host to woodpeckers and kingfishers and flocks of barblers and mynahs”, was another irresistible spur to his creative drive. As was the quiet, undisturbed expanse of garden and courtyard surrounding his ancestral house an amble away from his own residence. “I don’t have access to a camera, but the phone was good enough,” he says.

Indeed, the photographs, colourful and beautifully composed, prove that the tool comes second only to the eye. His subjects are all limited by the rectangle he views the outside world through, yet he shot almost a hundred compositions. But critical of his own work as much as he would be of any student’s, “I kept only 33 and deleted the rest,” he says.

Deeply empathatic about the plight of young people, “my younger friends who are still engaged in earning their livelihood, and have little support in this time of crisis,” Ganguly decided to use his photos to send them a message of cheer. A “secure, retired person” himself, he felt the need to do his bit. “In the spirit of public service, I sent the photos, individually captioned, to 70 people who I thought could use the distraction and mood lift they could effect,” he says. And because sending the pics as a group could jumble things up, he sent each email separately, one after the other multiplied by 70!

So today his photos have winged across cyber space to reach his friends in Delhi, New York, Mumbai and Brisbane, besides those closer home in Calcutta. “The response has been tremendous,” Ganguly says, his voice excited as a child’s. “It has boosted my morale immensely, infused me with new life. I am so glad I could contribute in bringing joy in some way.”

Shared here are three photos from the series. With poems by Swati Pal, principal of Janaki Devi College in Delhi and a writer and poet, who was inspired by them to write poems on the moods they communicated.

A Touch of Divakar 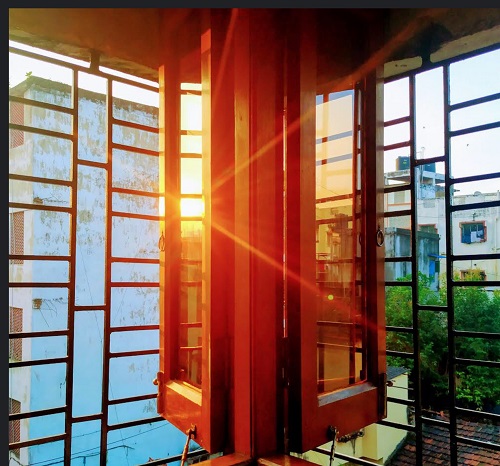 I woke one morn

With an angel light

That nudged its way

Through the open window.

Played with my hair

Brushed against my toes

And all at once

That you had sneaked

Into my room cheekily.

I reached out unbidden

And tried to clasp

But you escaped me.

Yet still the glow

Lingered in my room.

Even as you vanished

Within the dense sunlight.

Oh how I long

For just a touch

Of you my son

I called you Divakar. 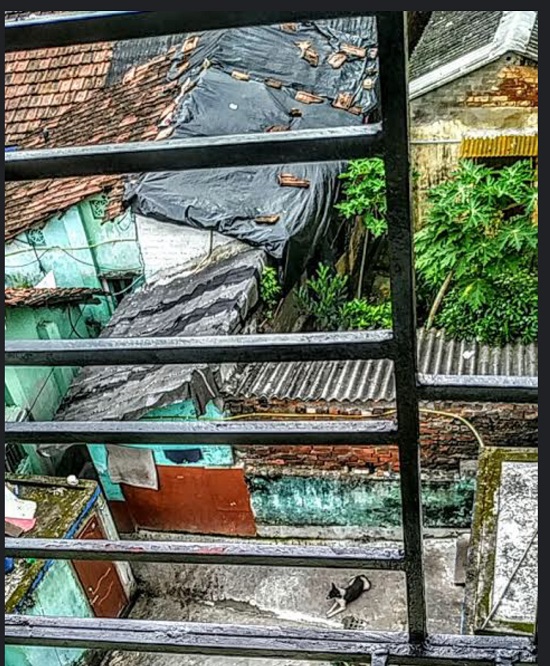 Why do they say

I stay locked up

While he roams, free

To sleep on the roof,

Under the open sky,

And sleep or eat at will.

Every gully and highway

While I stare at the walls

Of what I call

To be human, then. 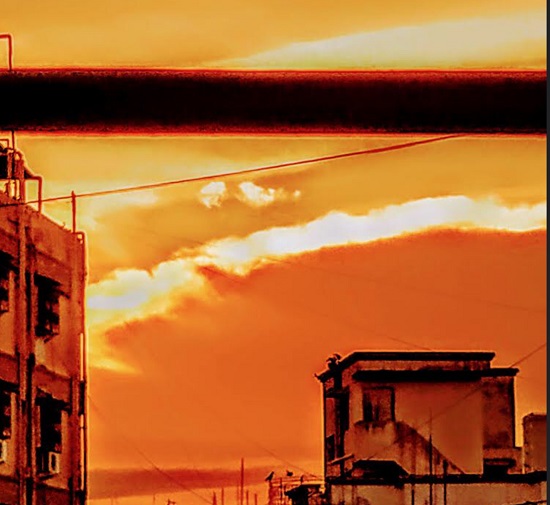