One Year Of Terror 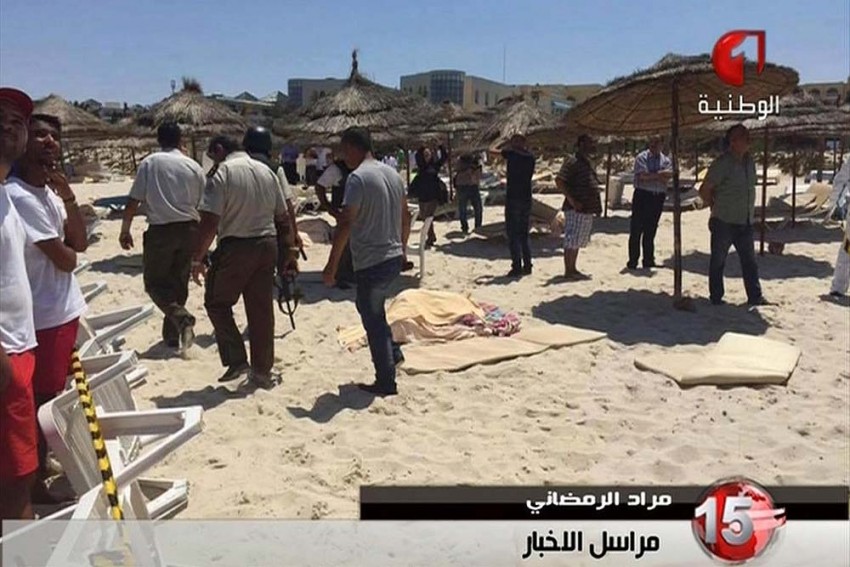 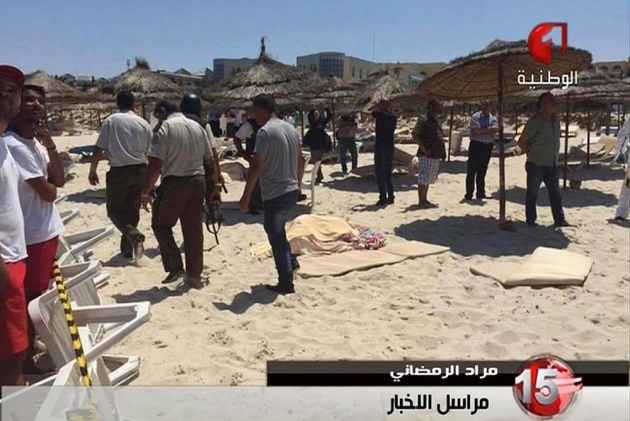 On June 27, headlines the world over carried news of four bloody carnages in three continents: an assault on a Shia mosque in Kuwait, in which 25 worshippers were killed and more than 200 injured; a suicide attack on foreign tourists at a resort in Tunisia in which 37 people were killed; an attack in Lyons in south-east France in which one man was decapitated and an attempt to detonate gas cylinders at an industrial gases factory was foiled; and, a two-day assault on the recently “liberated” Kurdish town of Kobane at the Syria-Turkey border in which over 200 ordinary townspeople were killed.

All these attacks were the handiwork of one group, the Islamic State (IS). At the commencement of the holy month of Ramadan last week, its spokesman, Abu Mohammed al Adnani, had warned that Ramadan would bring “calamity for the kuffar (unbelievers)”. The IS had fulfilled its promise.

The IS story is just a year old. In June last year, in a dramatic manoeuvre, fighters of a jihadi group in the town of Fallujah moved nearly 400 km across Iraq to the town of Mosul, and, after a siege of three days, on June 10 took over the town and its population of over a million and a half. Mosul had had a garrison of 20,000 soldiers who fled in civilian clothing, leaving behind their uniforms, weapons, artillery pieces, tanks, and a full treasury. Within three weeks, this group took town after town in northern and western Iraq, so that by the end of the month its fighters were poised just a few kilometres outside Baghdad.

On June 29, the “spokesman” of the group, Abu Mohammed al Adnani, announced that the caliphate of the Islamic State (IS) had been set up in the territories occupied by the “Islamic State of Iraq and [Greater] Syria” (historically, “Sham”, that covers present-day Israel, Palestine, Lebanon, Jordan and Syria). Five days later, the mysterious leader of the IS mounted the pulpit of the great mosque of Mosul and declared that he, Abu Bakr al Baghdadi, was the caliph of the IS and that, in keeping with Islamic precepts, he was descended from the lineage of Prophet Mohammed.

Over the next few months, the IS made new territorial acquisitions, so that by the end of 2014, a third of Iraq and about half of Syria had come under its sway, territory the size of the United Kingdom and a population of between five to six million. The beheadings of western hostages, captured on social media, impelled the US to put together a coalition of neighbouring Arab states to carry out air strikes on IS positions from August. According to US reports, there have so far been 4,000 air strikes on the IS, in which 10,000 jihadis are said to have been killed.

The IS has also suffered military setbacks, such as the loss of Kobane in January this year and later the towns of Tikrit and Tal Abyad, an important supply route on the Turkish border, but it has usually been able to absorb losses and strike back. Thus, it took Ramadi, the capital of Anbar province, and Palmyra in Syria in May, and then conducted a lethal revenge assault on Kobane at the end of June by using unconventional but highly effective tactics to “shock and awe” its enemies: its assault commenced with massive suicide bombings, lethal explosions, and then the entry of infantry forces, with artillery support and snipers.

The IS has not only spread territorially, it is also garnering increasing support from jihadi outfits in different parts of the world, thus expanding its influence as against Al Qaeda. It has established close links with the Yemen-based Al Qaeda in the Arabian Peninsula (AQAP), including training and even joint operations such as the Charlie Hebdo massacre in Paris in January this year. In association with the local militia, Ansar al Sharia, it has penetrated into Libya and has a presence in four towns in that broken country; it has also carried out jihadi operations in Tunisia, Yemen and Saudi Arabia.

Expressions of solidarity have come from Boko Haram in Nigeria, Al Shabaab in Somalia, Ansar Bait al Maqdis in the Sinai, and splinter groups of the Afghan and Pakistani Taliban. At the behest of a Chechen group, al Adnani has announced the setting up of an “emirate” in southern Russia, with a new governor for the Caucasus.

The IS has several attributes of a state: it generates substantial resources of between $3-5 million a day from its oil fields, bank robberies, gun-running, ransom from kidnappings, and trade in antiquities, making it, according to the distinguished journalist, Abdel Bari Atwan, the “richest terrorist group in history”. It has a powerful military force; it provides security through regular police and a Sharia force that regulates public behaviour and morality, and it has a judicial system in the shape of Sharia courts. For state administration, the IS has the Shura Council, specialised councils, a provincial council, and a “cabinet”.

The IS system seems to be working: according to a recent report in the New York Times, IS cadres fix power lines and repair sewage systems; they inspect markets and slaughterhouses, and impose taxes; they regulate fishing, supervise the work of teachers, fix exam schedules, and provide prosthetic limbs to the wounded; they also provide a luxury hotel for newly-weds. Overall, in a scenario of collapsing state order, they provide employment and security.

Of course, this comes at a price: IS personnel closely monitor personal conduct and mete out harsh punishments for infringements of Islamic norms relating to appearance or conduct, such as haircuts, shaving beards, smoking, or use of makeup. More seriously, children are tutored in extremist curricula and encouraged to report misconduct on the part of their family and neighbours. The population living under the regime of the IS is mired in a vicious circle of fearing its harsh rulers but even more terrified by the Shia militia opposing them.

The Islamic State is part of the larger turbulence in West Asia where states have broken down and the principal battles to shape the future state and regional order are taking place between non-state actors. The latter have now become an integral of the central strategic competition in West Asia between the two Islamic giants, Iran and Saudi Arabia, each of whom has mobilised support entirely on sectarian basis. In Iraq, with the national army still in a shambles, the main fight against the IS is being carried out by Shia militia, the Popular Mobilisation Forces, backed by elements of the Iranian revolutionary guards. Turkey has been accused of backing the IS secretly in order to prevent the consolidation of an autonomous Kurdish enclave centred at the town of Kobane, which is being spearheaded by the local Kurdish militia, the People’s Protection Units (PYG).

In Syria, frustrated by its inability to persuade the US to launch an assault to unseat the Assad regime and unable to achieve this on its own, Saudi Arabia, in association with Turkey and Qatar, has provided funds and weapons to a new rebel force, the Jaish al Fatah (Army of Conquest) which includes the Al Qaeda-affiliated Jabhat Nusra and a few other jihadi militia. While Jabhat Nusra and IS are competitors, there have also been recent reports of operational coordination between them. On the side of the Assad government, the debilitated national forces are receiving robust support from the home-grown militia, the Shabiha, as also the Lebanon-based Hezbollah.

In Yemen, Saudi Arabia has unleashed its military power against the local Shia militia, Ansarullah, mobilised by the Houthis to seek restoration of their political and economic rights, while avoiding attacks on the AQAP, which has expanded its territorial control in southern Yemen. While the Houthis assert they do not need external support, there are reports of funding and weaponry coming from Iran.

Thus, while West Asia presents the scenario of non-state players rampaging through broken states, the reality is that most of them are beneficiaries of war material from state sponsors. The exception as of now is the IS which is consolidating the attributes of a state and projecting an independent role in the region. This has encouraged the mobilisation of unified efforts against it, mainly through some operational coordination between the US and Iran in Iraq.

However, given the intensity of the regional competition and Saudi Arabia’s accommodative approach to jihadi forces, it is quite likely that, with the inability of the regional states to forge a united, non-sectarian front against it to fight it on the ground, we could, as Atwan believes, be looking at a situation in which the various jihadi groups of South and West Asia and North Africa could “web up and act together under the IS umbrella” and engage the world in a new thirty-year war.

(The author is the former Indian ambassador to Saudi Arabia, Oman and the UAE)

Where Cruelty Is Kindness