With One Wedding And Many Funerals, The Hungry Is A Film That's Awash In Blood

The script is based on William Shakespeare’s Titus Andronicus, and, as we know, he never shied away from violence 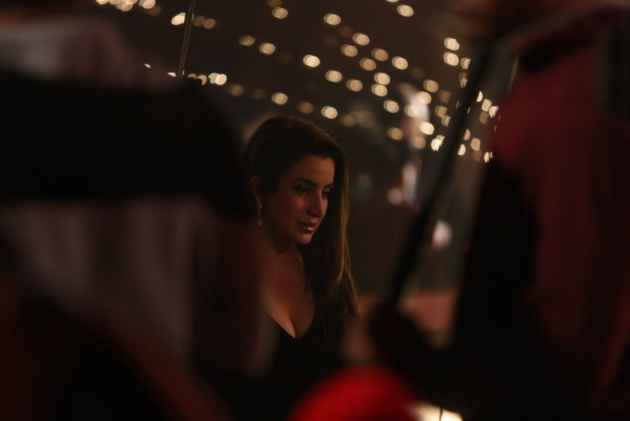 Talk about taking a risk. Director Bornila Chatterjee does just that with her second feature, The Hungry, sticking her neck out to deliver a film that’s awash in blood, and also includes decapitation, among other gruesome forms of homicide.

All that gore is set within the context of an elite society wedding, as two families seek to convert a business partnership into a personal bond, or at least a marriage of corporate convenience.

The script is based on William Shakespeare’s Titus Andronicus, and, as we know, he never shied away from violence. This, though, is one of his earlier works and takes on the sort of body count we can expect in the slasher genre. Chatterjee, in fact, had to tone down, just somewhat, that Shakespearean bloodlust, though her version of this revenge drama has enough pints gushing out to satisfy a cadre of vampires. This is a fairly sophisticated movie, given the skinny budget Chatterjee had to work with. It helps that the cast delivers strong performances, led by Naseeruddin Shah as the patriarch Tathagat Ahuja, lead actress Tisca Chopra as Tulsi, while Suraj Sharma makes a brief appearance but being the sole nice guy within the broods, he is the first to meet his demise, thereby setting off the chain of bloody encounters. That climactic murderous milieu is located with a great big Indian wedding, a choice that adds to film’s tenor: One wedding and multiple funerals.

As The Hungry had its world premiere at the Toronto International Film Festival or TIFF, those who like their movies with an edge, even if that’s manic, may have developed an appetite for what Chatterjee next brings to the table. Others may have lost their appetite after watching the final scenes of the wedding banquet. As someone who relishes cutting edge cinema (pun absolutely intended), this was certainly my favourite among the Indian films that premiered at the 2017 edition of TIFF.

In his synopsis of the film for TIFF, the festival’s artistic director Cameron Bailey says that with The Hungry is “positioning” Chatterjee as “one of the boldest filmmakers to come out of India in years.” That’s for sure: She is infusing fresh blood into the industry, and her manner of doing so is as sleek as a floor puddled with gore.