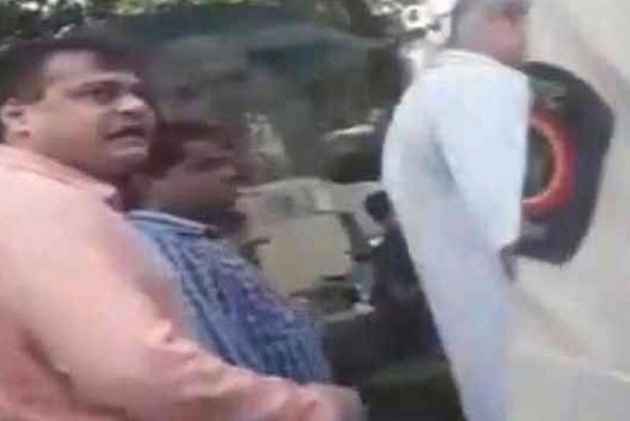 In an incident that has gone viral on the social media, BJP legislator Ameet Satam is seen physically assaulting local hawkers and verbally abusing police officials present there.

The BJP MLA from Andheri-West assembly constituency claimed that police officials failed to do their duty and demanded that their salary be paid to him as he is taking action against the hawkers.

"I have not committed any crime. A case may be registered against me if I am at fault. But, action should also be taken against police officials for allowing hawkers to operate freely," Satam said.

When asked to comment over the complaint filed by hawkers against him, Satam said allegations are made when action is taken against wrongdoers.

Condemning the incident, Shiv Sena spokesperson Neelam Gorhe questioned if this is the good governance BJP wants to implement in the state.

"If this is the style of certain BJP leaders, is this their style of good governance they want to implement? The hawkers policy has been finalised with guidance by the Court and it is the government's responsibility to implement it across the state," she said.

"By abusing the police officers, the BJP MLA has insulted the police force. It is condemnable," Gorhe added.