On The IOC's Trail

Discovering The Archive: Extracts from the Prologue to the book 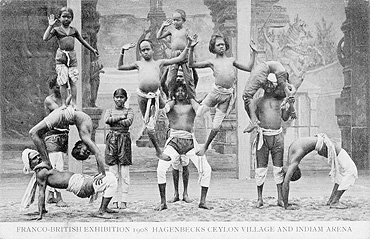 Exclusive Extracts from Olympics: The India Story by Boria Majumdar and Nalin Mehta

The book was made possible by a decision in the mid-1990s by the International Olympic Committee to set up a public archive for scholars, in guise of the Olympic Studies Center at Lausanne, Switzerland. It’s a rare gesture for institutions of this nature and the IOC has also taken the initiative in encouraging scholars from around the world to make use of the resource.

Funding scholars to dig into this fascinating archive, the IOC has tried to live up to the declared ideals of the centre, to ‘preserve and disseminate the collective memory of the Olympic movement and to coordinate and promote research, teaching and publications about Olympism’. Yet, no Indian scholar had ever dug into the centre’s resources before. This is not surprising since the IOC’s fellowship programme is of rather recent vintage and not too well known outside sport history departments in the West where Olympic studies is now among the fastest growing disciplines. For us, it boiled down to a fortuitous, chance suggestion to apply for the fellowship. While teaching at the University of Chicago in early 2004, John Macaloon, one of the leading scholars of Olympism, suggested that I apply for the fellowship. It tickled my curiosity, as it would add to the cricket and football stories that I have retold in print over the years.

Being the only two Indians to have accessed this archive as fellows of the museum, it has been a matter of great satisfaction personally to be able to document the story. We are extremely confident that as more Indian scholars find their way to this unique archive in the future, our effort will be revised and subsequently improved upon.

Lausanne: The Thrill Of Discovery

By the banks of Lake Geneva, the IOC Museum makes a wonderful picturesque setting. It is post-card Switzerland: the Alps all around, rural France across the Lake and the pristine mountainous air. Could it be possible that this building, Juan Antonio Samaranch’s last gift to the IOC before he quit office, situated as far as one can be from the dusty playing fields of India, would contain the real answers to the riddles that plague India’s Olympic story? Why did Indian hockey rise the way it did? Why did it collapse equally suddenly? Why does India not win Olympic medals? What indeed does India’s Olympic progression tell us about the nature of Indian society and politics and the manner in which these have evolved? 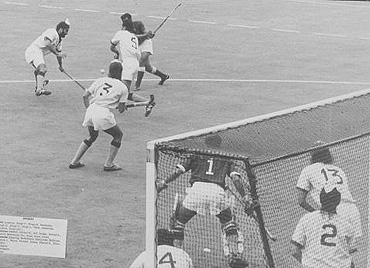 Soon after my formal introduction to the staff of the Studies Center in December 2004, I casually inquired into what the archive contained on India. Much had not been written on the subject: except the occasional tribute to our rare Olympic achievers or the scathing critiques following dismal outings at various Games, literature on India at the Olympics is minimal. The answer I got from the museum staff was startling. I was told there was hardly anything that would be of significance to an Indian historian in what is the world’s largest repository on Olympic studies.

It was a reality check, and for the first two weeks I was left with nothing to do but read the voluminous tomes of the IOC’s Executive Council minutes through the years. The Indian presence in these records was limited to saying a mere ‘yes’ or ‘no’ every two or three years. With my search looking like a wild goose chase, I had almost given up by the end of the second week. I had gone to uncover India’s Olympic history but there seemed no such thing in the records. Spirits drooping, I was preparing to use the remaining time on my fellowship as an opportunity to explore Switzerland.

Then, like so often in academic research, pure chance brought the vital clue that I needed. Nuria Puig, a very senior IOC employee, casually mentioned over coffee in the first floor restaurant that I should read some of the letters exchanged between the IOC’s successive presidents and the heads of the Indian Olympic Association (IOA), for they made fascinating reading. After two weeks of being told that there was absolutely no specific material on India, after two weeks of sympathetic glances from the IOC’s librarians, this casual remark was like raindrops after a long drought. This was the precisely the kind of thing I was looking for and hadn’t found. Nuria hadn’t even finished her sentence before I was dragging her off to the library to show me some of these letters.

What opened up before me was a virtual treasure: an entire cabinet full of files containing memos, letters and documents exchanged between the IOC and Indian sports administrators over the last 75 years. There were thousands of these documents and God knows how many more cabinets inside. I was suddenly aware that there, right in front of me, was the material, which would help us piece together the story of India’s Olympic encounter. The librarians did not point these out to me simply because this correspondence had been filed away as part of normal bureaucratic procedure. No one had ever asked for an Indian collection; so a dossier had never been created.

A Poet And The Past