No Formula Food For Premature Babies, They Too Need Mother’s Milk: Study

The World Health Organisation (WHO) recommends that infants must be exclusively breastfed for six months. 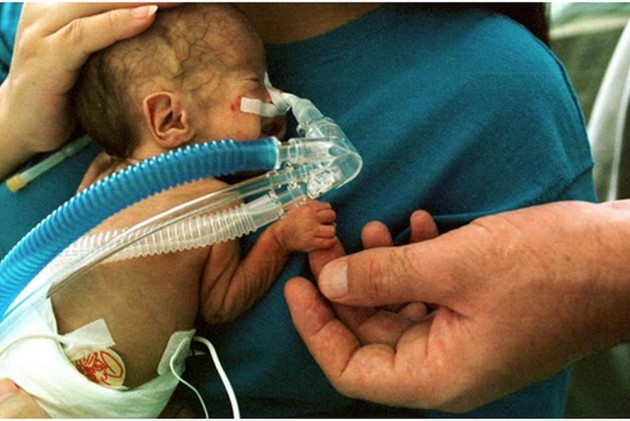 The World Health Organisation (WHO) recommends that infants must be exclusively breastfed for six months. However, there is no such guideline for children born prematurely. Now a trial conducted in India has revealed that premature babies too need mother’s milk for six months.

Babies born before 34 weeks of gestation period as opposed to the normal period of 37 weeks are termed preterm. And there is a notion among clinicians and people that such babies may need complimentary food before six months for proper growth. The new study, conducted by doctors including from the All India Institute of Medical Sciences (AIIMS), has demolished this myth.

“Our study will fill the vacuum in understanding diet for preterm infants, and help design evidence-based policies in India and other developing countries”, says Prof Ramesh Agarwal from the Department of Paediatrics at AIIMS.

The researchers particularly focused on examining whether there was a need to feed preterm infants with a complementary diet earlier in life, say about four months of age, considering that they have higher energy requirements. Complementary diet consists of semisolid, soft, or solid foods other than breast or animal milk.

Scientists found that instead of being a help, starting an early complementary diet in preterm infants had an adverse effect: it increased the number of hospital admissions indicating that these children were prone to contract infections.

There are more than 15 million preterm births worldwide every year, which is the leading cause of death in children below 5 years of age. Most preterm infants have poor growth and development. In this study also, 34% infants died before hospital discharge and 10% died before 4 months of age.